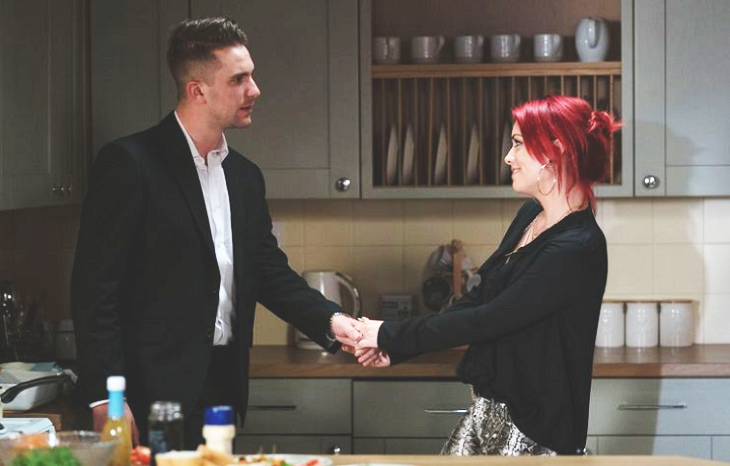 On “EastEnders,” Whitney Dean (Shona McGarty) will make a shocking discovery about Callum Highway (Tony Clay), the man she is about to marry in the next few weeks.

Viewers know that Callum has been having problems with his sexuality and his fiancé remains none the wiser. She may finally learn the truth once she sees the letters from Chris, and she’ll confront Callum.

Despite having the chance to come clean, Callum tells Whitney a half truth about who Chris was. His answer still doesn’t satisfy Whitney, but later on, she convinces herself that what matters to her is their future together.

However, Callum, who’s been drunk during his stag party, gatecrashes Whitney’s hen night and asks to speak to her privately. Will Callum finally muster up the courage to tell Whitney the truth?

“EastEnders” viewers recently discovered who Chris was when Callum opened up to Vicky, who told him about her brother’s passing due to a head-on collision. At first, he denied to Vicky that he was the unnamed man in Chris’ letters. Later he admitted that it was him and that they were in love.

Unfortunately, Callum was unable to admit his true feelings for Chris at that time. As Vicky and Callum said their goodbyes, Vicky gave Chris’ love letters to him and asked him to never forget.

“My brother poured his heart out in these letters to the man he loved, and I think that man should have them,” Vicky said.

Meanwhile, as Whitney prepares for her hen night, spoilers revealed that she will discover Chris’ letters for Callum along with his army beret. She confronts him, but he hasn’t got up the nerve to tell the truth.

Whitney is suspicious of course and struggles to feel excited as she plans her hen night. However, she tries to move on and tells Callum that all she’s concerned about is their future. The question is if Callum feels the same way?

Will Whitney finally learn the truth or will the unlucky bride-to-be discover that her fiancé is gay on the day of their wedding? “EastEnders” spoilers tease that Callum and Ben’s secret affair will be revealed on their big day.