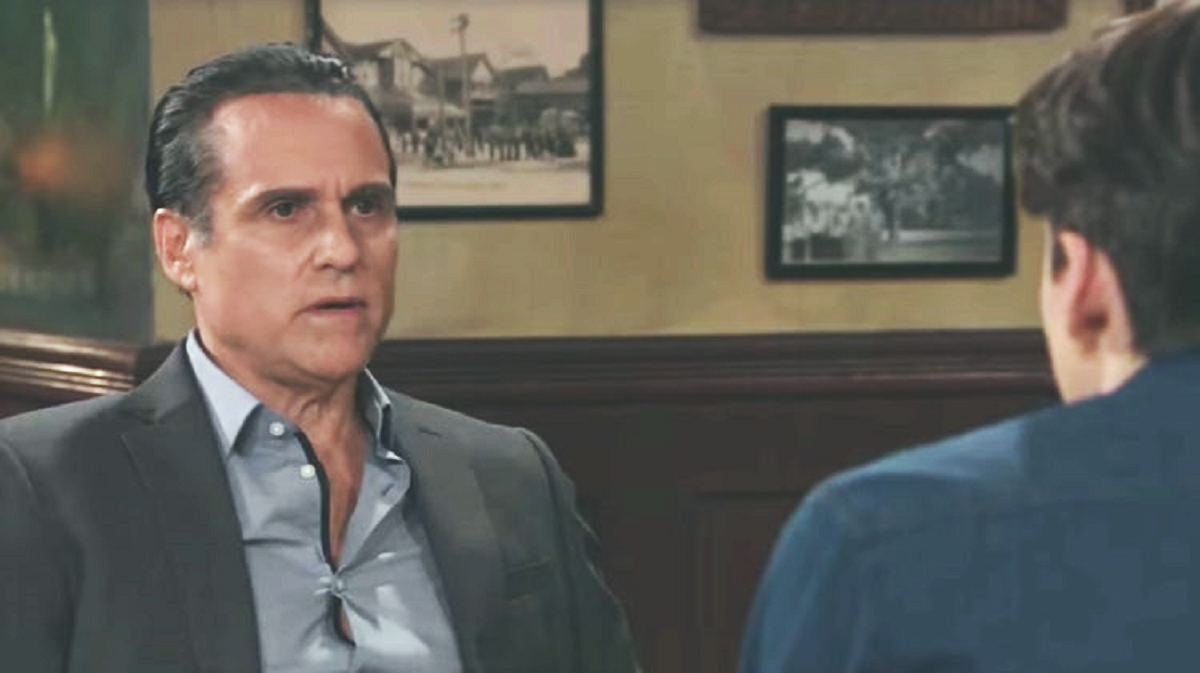 Jason calls Dev over and needs to ask some questions. Dev accuses the manager of trying to set him up. Sonny Corinthos (Maurice Benard) walks in as Dev insists he knows nothing about the money. He tells Jason to search Dev. Dev has no money on him, but Jason finds $7000 in his jacket, which is $3000 short of the deposit amount.

Sonny gives the manager the $10,000 and tells him to locate to another coast. Dev is surprised Sonny believed him and he offers to tell him why. Sonny tells Dev he is a professional but would not steal with Jason there. Sonny warns Dev to be more careful with the coffee beans.

General Hospital’s Sonny sees Ava Jerome (Maura West) drinking and warns her against being hungover tomorrow. Sonny threatens to take Ava back to court if she doesn’t control her drinking and her connection to these psychics. Chelsea Lambas (Jen Ray) arrives, and Ava tells her about Kiki’s visit. Chelsea says Kiki would tell Ava to lay off the martinis and get a hold on herself. Scott Baldwin (Kin Shriner) joins Ava and orders drinks. Scott tells Ava about Franco Baldwin’s (Roger Howarth) problems, and she calls him lucky.

General Hospital Spoilers: Michael Gets A Surprise – What's Up With Drew? @celebratesoaps https://t.co/uE2Onqienf

General Hospital’s Drew Cain (Billy Miller) tells Liz Webber (Rebecca Herbst) he knows why the memory mapping was done. Drew tells Liz about the fuel set-up in Afghanistan and that he thinks Cameron Webber’s (William Lipton) car has the money hidden in it. Liz doesn’t think it is the same car. Drew knows that is the car by instinct, as he has been getting flashes of his past. Liz wonders if the same could happen with Franco. Chelsea approaches Liz and tells her that Franco’s memory loss is why she was told to hold onto him. Liz asks if she has lost her husband for good. Chelsea tells Liz to hold on to the one she loves.

General Hospital’s Lulu Falconeri (Emme Rylan) tells Maxie West (Kirsten Storms) that she and Dante Falconeri (Dominic Zamprogna) are divorced. Maxie asks how Lulu feels. She isn’t sure. Lulu questions keeping Dante’s name when they couldn’t make their marriage work. Maxie suggests that Lulu move on with Dustin Phillips (Mark Lawson). Lulu wants to concentrate on her career. Maxie and Lulu decide to go to a wine tasting this evening. Maxie calls Dustin to pick them up for a ride to the tasting.

General Hospital’s Peter August (Wes Ramsey) visits Shiloh Archer (Coby Ryan McLaughlin) at Pentonville. Peter doesn’t know why he is there. Shiloh tells Peter he knows more than he thinks. Shiloh tells Peter he was there and knocked out Drew handing him over to Helena Cassadine (Constance Towers). He walked away but didn’t leave the area.

Franco says if he had known he had a child, he would have wanted to be there and Kim should know that. Kim had tried to reach Drew but was told by his superiors that he couldn’t be reached. Franco wants to talk more, Kim refuses. Kim cleans out her office and leaves.

General hospital’s Cameron is determined to sell his car, Trina Robinson (Sydney McKayla) tries to talk him out of it. Trina tells Cameron that good things happened because of that car as well, like how close they became in Niagra Falls. The buyer arrives to look at the car. The buyer sends Cameron the money for the car. Drew arrives before Cameron can accept it. Drew promises to give Cameron the $9000 if he doesn’t find what he is looking for but comes out of the car with the package.

There is over a million dollars in the package, Drew takes it to Franco. Franco tries to remove his monitor to take the money to Afghanistan. Drew promises to deliver the money instead. Franco agrees to Drew’s plan. Franco says he will continue his life in Port Charles as Drew goes to Afghanistan. Drew gives Franco money and promises not to let him down as he gets into the elevator.