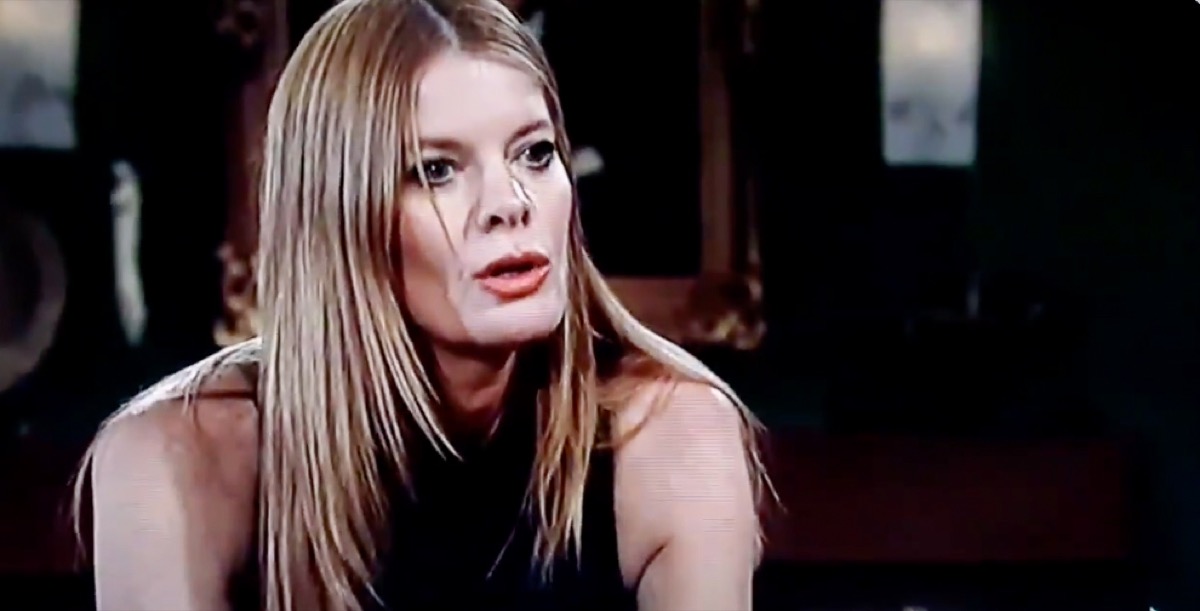 “The Young and the Restless” spoilers for Thursday, August 22, tease that Adam Newman’s (Mark Grossman) proposal will be shot down. At the penthouse, Sharon Newman (Sharon Case) is adamant that she can’t marry Adam. She doesn’t want to revert to the previous version of herself and views her relationship with Adam as toxic.

Adam feels like Sharon must just want him to convince her. He believes they belong together and does his best to sell the idea of marriage. Sharon doesn’t budge and refuses to let Adam pressure her into this. He tells Sharon to get out and go back to her dull life. Once Adam’s alone, he hurls a glass against the wall and breaks it.

Over with Nick Newman (Eric Braeden), he’s grateful to Victor Newman (Eric Braeden) for his help with the restraining order. He gets Victor on board with joining in Christian Newman’s (Alex Wilson) next visit. Later, Nick bumps into an uneasy Sharon at the park. He can tell something’s bothering her, so they head off to the roof deck for a chat.

At Crimson Lights, Chelsea Newman (Melissa Claire) is late for her meeting with Phyllis Summers (Michelle Stafford). She takes her time getting scalding coffee to arm herself and taunts Phyllis about being desperate. Phyllis insists she’s got an investment opportunity for Chelsea and praises the Grand Phoenix. Chelsea snarks about how Phyllis accused her of murdering her husband to get the money.

Y&R Spoilers – Who Will Be The Hotel’s Manager

Abby Newman (Melissa Ordway) is ultimately mentioned as the hotel’s owner. Chelsea suggests she’ll think about it, but she ends up pitching a different plan at Society. She wants to take Phyllis’ place in the deal and serve as the hotel’s manager. Abby’s unsure at first, but Chelsea talks her into it and promises she can handle Phyllis.

When Phyllis arrives and learns Abby’s offer has been rescinded, she’s livid. Phyllis is even angrier to find out Chelsea swooped in and stole her spot. The betrayed party makes her way over to Victor’s office to give him a piece of her mind. Phyllis rants about Victor sabotaging her, but he feels he was perfectly entitled to warn his own daughter.

Victor thinks Phyllis will face her downfall right along with Adam, but she counters that it’s Victor who will fall. Phyllis makes it clear that it’s dangerous to mess with a powerful woman – especially one that’s got nothing to lose. Victor tells Phyllis to bring it on, so we’ve got a real war on our hands!

Back with Chelsea, she phones Adam and tells him she wants to meet up. They make plans to discuss Connor Newman (Judah Mackey) while Nick listens to Sharon’s concerns. At the Dive Bar, Sharon updates Nick on the proposal and worries about how Adam thinks they’re so much alike. She doesn’t like the thought of sharing that darkness, but Nick insists his brother’s wrong.

Nick pulls Sharon close to comfort her as Chelsea and Adam appear nearby. On their honeymoon, Lola Abbott (Sasha Calle) and Kyle Abbott (Michael Mealor) are rained out of their snorkeling adventure. They don’t sweat it in the end since they’ve got the rest of their lives to do things.

Kyle describes what he envisions for the future before Lola takes her turn. Her vision is different, so Kyle suggests it doesn’t really matter to him. He just wants Lola by his side forever. Of course, forever just might be impossible on a soap!

“The Young and the Restless” spoilers say some hot drama’s coming up. We’ll keep you posted as other Y&R news and rumors emerge. Stay tuned to see what’s next in Genoa City.