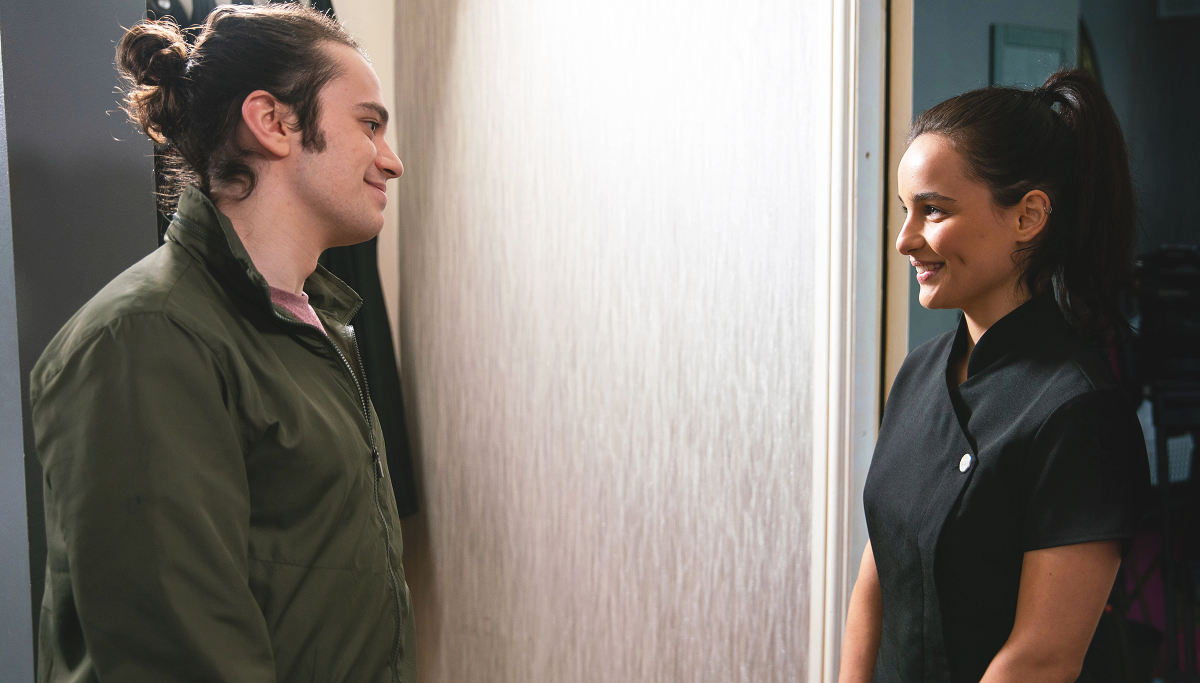 Coronation Street spoilers indicate that Alina Pop (Ruxundra Porojnicu) and Seb Franklin (Harry Visioni) might have a shot at a relationship after all. At least, that’s what fans are hoping for.

After Jan Lozinski (Piotr Baumann) managed to bring down the traffic ring that had taken over the local nail salon, Alina is ready to start the next chapter in her life. However, it won’t be very easy.

That’s because she, Seb, Jan and even Eileen Grimshaw (Sue Cleaver) are all forced to watch their backs. Here’s what you need to know!

Alina Pop is a beautiful but broken character who knows that while the traffic ring might have been taken down by the Weatherfield police, her nightmare isn’t over yet.

That’s because there’s more to come as she tries to navigate her new life and freedom over the vicious gang that once controlled her life. But at the same time, she’s worried that someone might still have a target on her back.

Before all of that happened, Alina was forced to say good-bye to Seb after she was taken to a safe house for her protection. It was a heartbreaking moment as Seb was the only person that she trusted in Weatherfield.

However, Coronation Street spoilers indicate that while Alina might be away for now, that doesn’t mean she will be gone forever. Alina needs to put herself back together and slowly but surely gain her confidence. With that said, Alina will definitely be back though as there’s a very good chance that she might not only reconnect with Seb but hopefully start a new relationship with him.

Alina’s storyline has gotten so much attention that actress Ruxundra Porojnicu had even attended an event set up by the Anti Slavery Collective. That’s where she met Princess Eugenie, who was very interested in the story.

Now that Geoff has taken his control to the next level, will Yasmeen be alright?

Find out on Wednesday!

If you have been affected by this storyline please visit https://t.co/W35MEI9xnr for help and support.#Corrie #Yasmeen #Geoff pic.twitter.com/TII4eqk8es

“She asked me how filming was going! I hope she liked the story. I met her at an event set up by her organization. The Anti-Slavery Collective. It was amazing!” Porojnicu told Metro.co.uk. “I was a bit anxious as there were so many strong and intelligent people that have done important things in their lives in order to help others.”