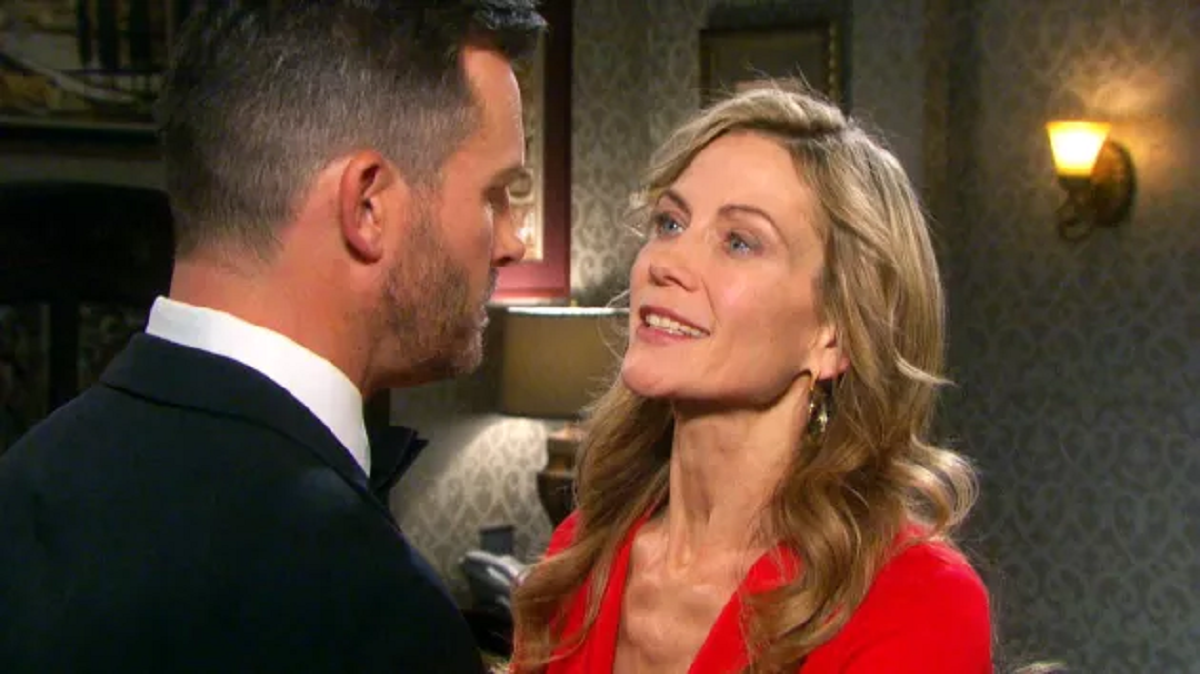 “Days of Our Lives” spoilers for Friday, August 23, tease that more party drama’s ahead on the NBC soap. John Black (Drake Hogestyn) just unmasked “Nicole DiMera” (Arianne Zucker) at the big anniversary bash, which brought a shocking scene. The guests are still reeling from this jaw-dropping exposure and will undoubtedly have plenty of questions.

Brady Black (Eric Martsolf) should be first in line for answers! He’s been sleeping with “Nicole,” so he’ll certainly be enraged over Kristen’s deception.

Brady never would’ve hopped in bed with her if he’d known her real identity. She’s targeted his family too many times, but Kristen will point out that Brady couldn’t get her out of his head. “Days” spoilers say Kristen will try to convince Brady that he wants her.

Brady will deny it and seethe over the misery Kristen’s contributed to since coming to town. She’s fooled so many people and even made Eric believe “Nicole” hated his guts.

Speaking of Eric, he’ll have some harsh words for Kristen on Friday as well. “Days of Our Lives” spoilers state that Eric will unleash his wrath and naturally wonder about the real Nicole.

There’s also the topic of Holly Jonas’ whereabouts to consider. Holly’s death was faked, so that bombshell has to come to light eventually.

“Days of Our Lives” spoilers say Kristen will try to use Holly’s location as leverage after her arrest, which is coming up soon. It turns out Kristen knows where the real Nicole is as well, so she’ll be able to dangle that info in front of the people who care about her.

For now, “Days of Our Lives” spoilers state that Kristen will try one last desperate tactic. Remember that gun “Nicole” decided to bring just in case? Kristen will whip it out and aim it at Marlena Evans (Deidre Hall)! It’ll bring another round of chaotic moments, but things will settle down a bit once Kristen is taken into custody.

“Days” fans won’t want to miss the crazy scenes that are in store. We’ll give you updates as other news and rumors emerge. Stay tuned to DOOL and don’t forget to check Hollywood Hiccups often for the latest “Days of Our Lives” spoilers, rumors, updates and news.