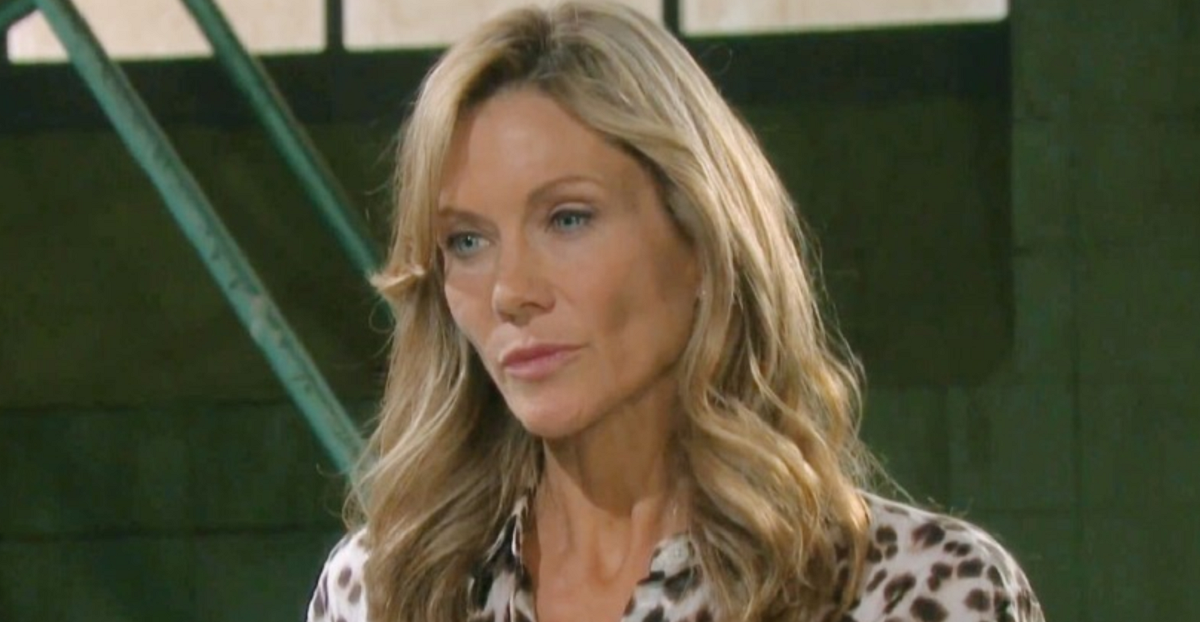 Days of Our Lives spoilers tease Kristen DiMera (Stacy Haiduk) delivers a shocking bombshell. It happens after the Nicole Walker (Arianne Zucker) mask is ripped off and she is exposed for her true self. Fans already know Holly is still alive, but what about Nicole? There are so many questions and hopefully, viewers will soon have answers.

During John Black (Drake Hogestyn) and Marlena Evans (Deidre Hall) anniversary party, there is a shocking event. During a squabble, John rips off the Nicole mask. This marks the beginning of Salem discovering there is a reason why “Nicole” didn’t seem like herself. However, Kristen isn’t done playing games yet. Always two steps ahead, she will try to make a deal.

Days of Our Lives spoilers confirm Kristen will drop a major bombshell. As fans recall, Kristen and Xander (Paul Telfer) arranged Holly’s fake death. Then, they shipped the child off to her “new family.” All of this time, Nicole’s daughter has been alive and being raised by strangers. It seems logical to assume that Holly being alive is the big bombshell.

Days Of Our Lives Spoilers – Holly Is Alive But What About Nicole Walker?

Kristen DiMera is known for being cold and heartless, even when it has to do with young children. It’s shameful that she traumatized Holly by ripping her away from the people she knows.

Even worse, she sent her off to live with people she doesn’t even know. However, that is what happened. DOOL spoilers state that Kristen offers a trade. It is entirely possible that she agrees to turn over Holly if she gets what she wants.

Even though Holly is alive, everyone wants to know about Nicole. In Salem, dead characters are always popping up. Is it possible that Nicole could also be alive? Does Kristen have both Nicole and Holly stashed somewhere?

Days Of Our Lives Spoilers – Will Police Agree To A Deal With The Devil?

Is that how she knew so much about the child custody arrangement? Of course, she could have found this information by reading and doing research. However, it seems that she knew intimate details, like she spoke to someone who was close to the situation.

Days of Our Lives #DOOL Spoilers: JJ Tries to Hold On To His Fading Romance As Haley Leans On Tripp https://t.co/YkS3d2wEIM

What do you think of this explosive storyline? Will Holly be found when the Salemites travel to Chicago? Is Nicole actually dead or could she be alive somewhere? Will law enforcement agree to Kristen’s deal? Keep watching the NBC soap opera to find out what happens next.