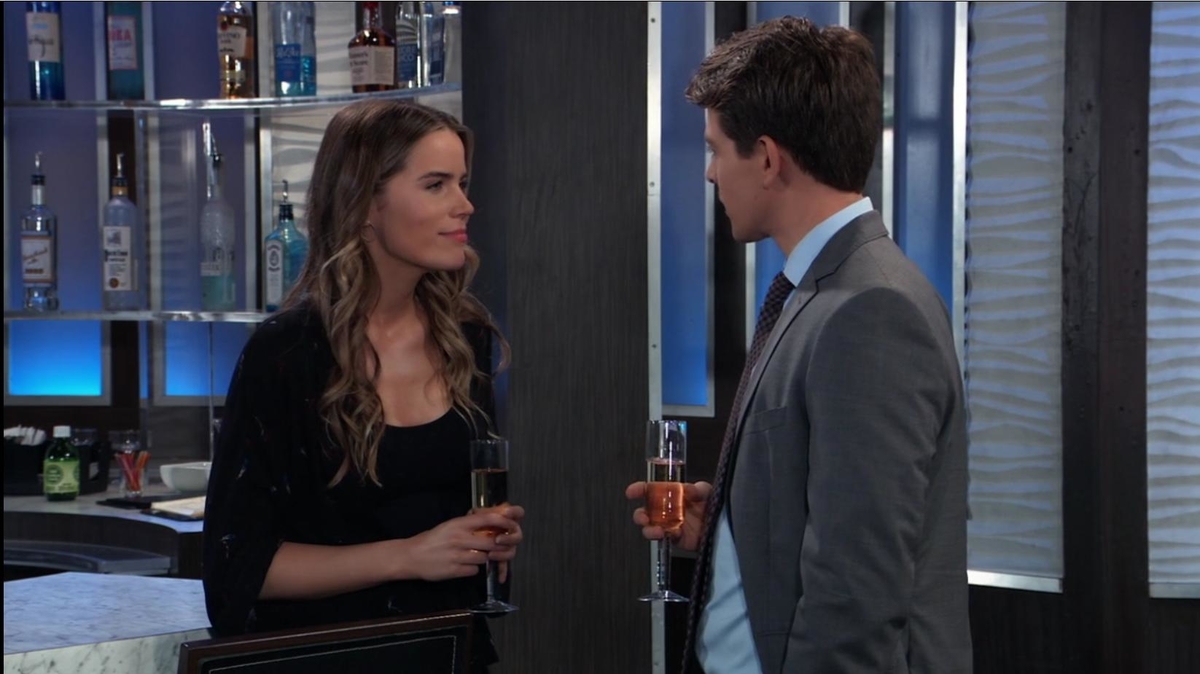 General Hospital spoilers tease that there could be one other option not thought of previously as to who Sasha Gilmore’s (Sofia Mattsson) parents might be and why she may have been given away at birth. With her nearly spitting image resemblance to Britt Wesbourne (Kelly Thibaud) she has to be related some way to Britt and therefore to Nina Reeves (Cynthia Watros) even if she isn’t her daughter! Could she be a love child of Liesl Obrecht (Kathleen Gati) and Victor Cassadine (Thaao Penghlis)?

General Hospital viewers will recall that Liesl had led Victor to believe that her son Nathan West (Ryan Paevey) was his in a very similar manner to the way that Ava Jerome (Maura West) had led Franco Baldwin (Roger Howarth) to believe that Kiki Jerome (Hayley Erin) was his. When the Crichton-Clark clinic exploded, and Liesl shot Victor, he had seen the truth that Nathan was not his and he was pretty upset! However, General Hospital writers did not provide an exact timeline as to how long Liesl and Victor were involved and if they were still involved at the time Sasha would have been conceived!

Liesl has seemed to know who Sasha is but is not telling anyone; in conversations with Valentin Cassadine (James Patrick Stuart) she has implied that she knows exactly who Sasha is and has threatened to expose the secret. This, however is in addition to her observing him getting genetic material from Madeline Reeves’ (Donna Mills) corpse so that the DNA tests between Nina and Sasha would show mother and daughter. If they are cousins, the DNA testing would still show a match but not as close of a match and therefore could not be assumed they are mother and daughter.

If Liesl was still fooling around with Victor while fooling around with Cesar Faison (Anders Hove), she may not have wanted to keep the baby if Faison would figure out it wasn’t his! If Faison was who she really wanted she may have just been using Victor to try to make Faison jealous, but why she didn’t use birth control as a doctor and it being readily available 25-28 years ago is the real mystery!

Liesl would have been pregnant with Sasha about the same time Nina was pregnant and in a coma, so Madeline may not have wanted to raise another of Liesl’s babies like she did Nathan. Nathan would have been a six or seven year old at the time so it may have just been too much, or she may have given Sasha to Madeline and assuming there is a different girl alive who is Nina’s real daughter, Madeline may have given both baby girls to the adoption broker to place and Curtis Ashford (Donnell Turner) just followed the wrong money trail!

If Sasha’s real parents were Liesl and Victor, Valentin may or may not know that she’s his niece and she probably doesn’t know that Liesl is her mother and Valentin is her uncle. But even if Valentin did find her and knows she’s his niece – whether he knows Liesl is the mother or not – there’s no law against hiring family!