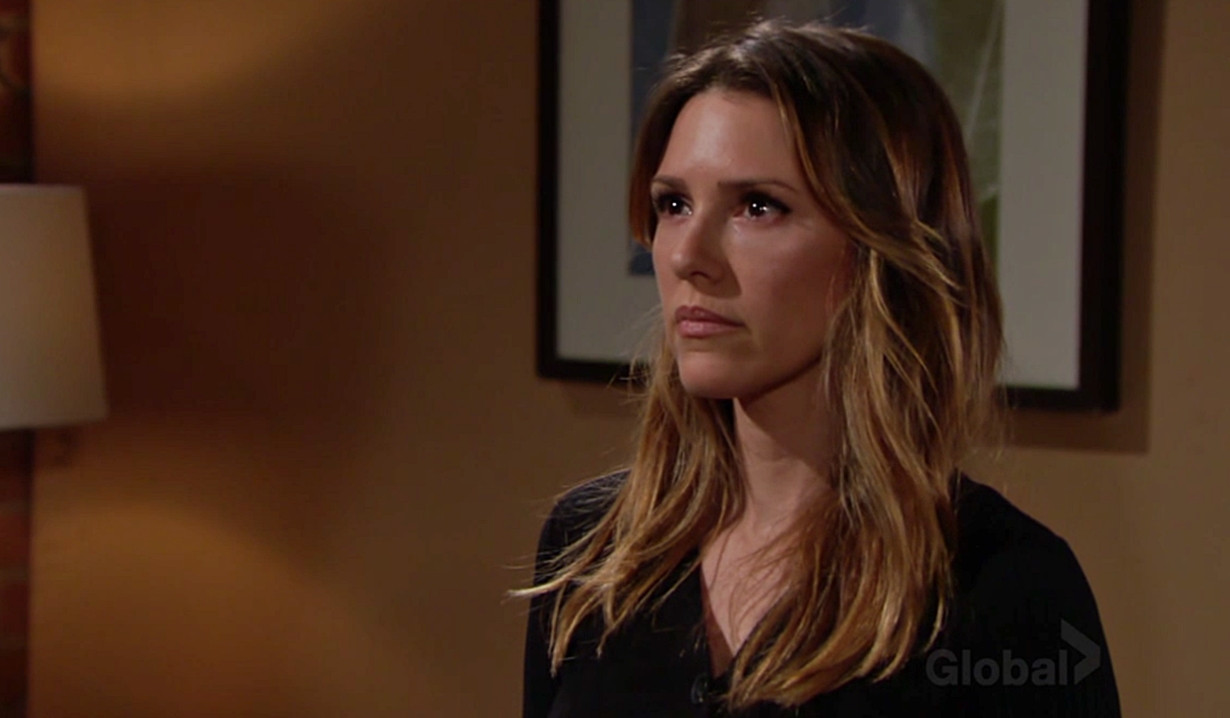 “The Young and the Restless” spoilers for Friday, August 23, tease that Nick Newman’s (Joshua Morrow) embrace with Sharon Newman (Sharon Case) will ruffle a few feathers. On the roof deck, Chelsea Newman (Melissa Claire Egan) and Adam Newman (Mark Grossman) take off after witnessing the hug. They end up back at Adam’s penthouse, where they debate what they just saw.

Adam talks about the “Shick” sighting being a blow to Nick and Chelsea’s whirlwind romance. Chelsea clarifies that they’re not together, so Adam says he hopes she’s running a con. Chelsea can tell Adam was bothered by Sharon and Nick’s close moment. She assumes Adam got too pushy with Sharon as usual. Chelsea insists Adam makes everything about him and can’t earn love through manipulation.

Back with Sharon and Nick, she pulls back and suggests she wasn’t trying to overstep. Nick assures Sharon that he’s not in a relationship with Chelsea. Sharon and Nick talk about their friendship before returning to the topic of Adam. Nick hopes Sharon’s eyes are open to Adam and thinks distance is best.

Afterward, Nick and Victor Newman (Eric Braeden) have a sweet visit with Christian Newman (Alex Wilson) in the park. Victor notices Adam lurking nearby, but he motions for his son to go away. Next, Chelsea and Sharon spar at Crimson Lights. When Chelsea brings up the hug, Sharon doesn’t see why a friendly little encounter like that would upset her.

Sharon also hasn’t forgotten about Chelsea’s track record and doesn’t think she’s acting like a widow in mourning. Chelsea rants about Sharon’s own romantic problems before they ultimately agree they have the Newman men in common. It’s a twisted sisterhood that they can’t escape from.

Over with Mariah Copeland (Camryn Grimes), she walks in the park with Tessa Porter (Cait Fairbanks) and vents about Theo Vanderway (Tyler Johnson). Mariah’s annoyed by Theo’s recent comments and nervous about phone calls that haven’t been returned. Tessa is also a little on edge due to working with a new producer. She was given another one since Ana Hamilton (Loren Lott) isn’t around.

Mariah decides they should relax on the roof deck, so they head over for some fun in the sun. They lounge and gaze at recent wedding pics before acknowledging their flaws. They agree they may not be perfect, but they’re perfect for each other. Back at the coffeehouse, Lauren Baldwin (Tracey E. Bregman) is happy for new DA Michael Baldwin (Christian LeBlanc). It isn’t long until Victor shows up and offers a warning.

Victor notes that Adam has vowed to destroy his family. He contends that Michael shouldn’t be on the wrong side of it when it all goes down. Lauren is a little worried after Victor’s threat, but Michael doesn’t seem bothered. When Lauren brings up Kevin Fisher (Greg Rikaart) again, Michael pushes her to just be patient.

The Young and the Restless Spoilers – Michael Baldwin Gets Punched

At Society, Celeste Rosales (Eva LaRue) enjoys some family time with Rey Rosales (Jordi Vilasuso) and Arturo Rosales (Jason Canela). Arturo and Rey manage to get on pretty good terms before Arturo leaves for the airport. Over with Michael again, he delivers orders to Rey. Michael has an arrest warrant he wants Rey to take care of personally and discreetly.

Rey gets the job done, so the suspect is soon in the interrogation room. It’s Chloe Mitchell (Elizabeth Hendrickson), so Kevin is furious. He punches Michael for betraying him as soon as his brother appears. “The Young and the Restless” spoilers say another great episode’s coming up. We’ll give you updates as other Y&R news and rumors emerge. Stay tuned to see what’s ahead in Genoa City.