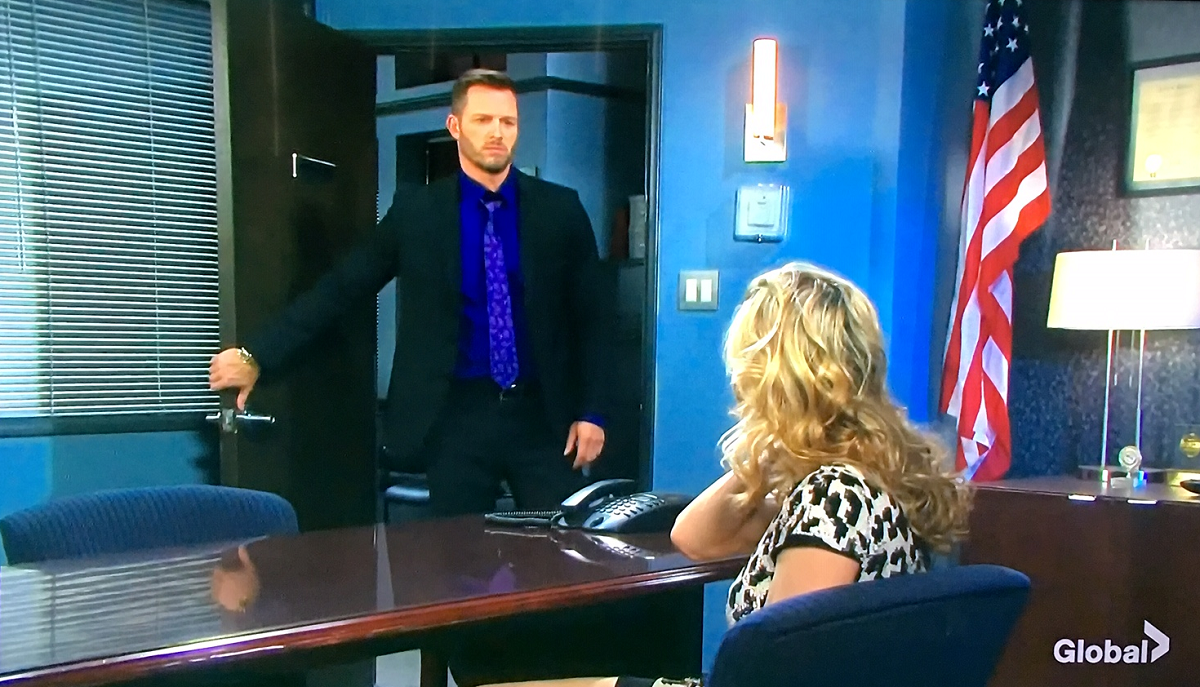 He believes Kristen was behind the deaths of Nicole Walker (Arianne Zucker), Holly Jonas (Harlow and Scarlett Mallory) and Ted Laurent (Gilles Marini), but only one of those people is even dead!

Kristen will explain that Nicole and Holly are just fine, but she won’t give up their location without a deal. She’ll want to be cleared of all charges before she hands over any solid info. Of course, Kristen won’t hesitate to rat out Tony DiMera (Thaao Penghlis) for shooting Ted. That was an accident, but it won’t look that way to the cops!

“Days of Our Lives” spoilers say Eli Grant (Lamon Archey) and Lani Price (Sal Stowers) will get updates on Kristen’s admission. They’ll promptly arrest Tony for murder, but he’ll have Anna DiMera (Leann Hunley) in his corner. She’ll be brought up to speed on what really happened in Kristen’s hotel room and how Ted ultimately bit the dust.

Days of Our Lives Spoilers: JJ Tries to Hold On To His Fading Romance As Haley Leans On Tripp

This mother-daughter duo will rip into Xander in Monday’s DOOL episode. They’ll let him have it for his role in Kristen’s scheme and all the pain he’s caused.

However, Xander will hope to undo a little of the damage by revealing Holly is alive. That won’t make up for his mistakes, but it’s still good news! Elsewhere, Sonny Kiriakis (Freddie Smith) and Will Horton (Chandler Massey) will give Susan Banks (Stacy Haiduk) plenty of praise. She’s earned it since she leapt into action and saved Marlena Evans (Deidre Hall) from Kristen’s gun.

Days of Our Lives Spoilers: Kristen Offers Intel On Holly And Nicole’s Whereabouts In Exchange For Freedom https://t.co/ofiJP3AUtK pic.twitter.com/HWEmdtKeXX

“Days of Our Lives” spoilers say Susan will bond with Will and Sonny, so she should appreciate these warm moments. It sounds like some great stuff’s coming up on the NBC soap.