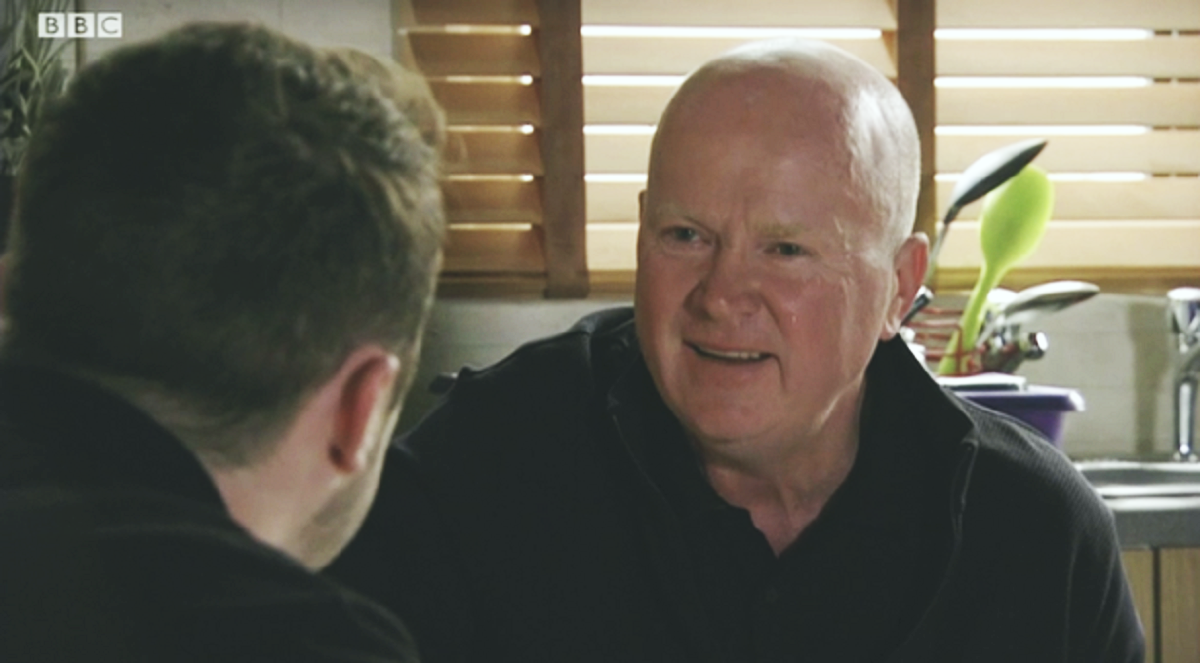 On “EastEnders,” Phil Mitchell (Steve McFadden) has been trying to find out the guilty culprit behind his brutal attack. Viewers may recall that Kat Moon (Jessie Wallace) warned him about Ben Mitchell (Max Bowden), who’s been pinning the blame on someone else.

After their conversation, Phil confronts Ben at home and threatens that he’ll drink the vodka (which actually just contains water) if he doesn’t start telling the truth.

When Ben returned home, he saw Phil pour himself a large drink from a bottle of vodka and threatened him he’d drink it all if he doesn’t come clean. Ben was forced to admit that he framed Keanu Taylor (Danny Walters) and confessed that he wasn’t the one who attacked him and left him for dead.

EastEnders Spoilers – His Insecurities Have Put Louise Mitchell In Danger

He said that he got jealous when he removed him from the will and replaced him with Keanu. He also revealed his plan to take everything from Phil, as revenge for all the time he failed to be a father to him.

But Phil also had something to say. He told Ben that because of his insecurity, he has put Louise Mitchell (Tilly Keeper) in danger once again. Viewers know that Keanu flee the Square with Louise as the police tried to find Phil’s attacker.

When he told Louise about his plans to run away, she was reluctant at first. But he was left surprised when she arrived at the train station to join him.

Phil also admitted to his son later on that the bottle he was holding didn’t contain vodka. It just had water on it, and he used it as a ruse to get him to confess. He told him that he already knew the truth but wanted to hear him confess.

Even though Ben poured his heart out, Phil wasn’t moved. He threw Ben out and told him he never wants to see him again. Ben was left broken and hurt when Phil kicked him out and it seemed like there’s no way for him to get back on the good graces of his father.

“When will I ever be enough for you?” #EastEnders pic.twitter.com/slsDBfAo1r

After learning that Kat has been talking to his father, Ben headed to Kat’s home to confront her. The latter promised never to meddle with the situation again. However, Ben was still seething with anger and reminded Kat that he still had the wrench Stacey Fowler (Lacey Turner) used to whack Phil on the head and that he could hand it over to the police anytime.