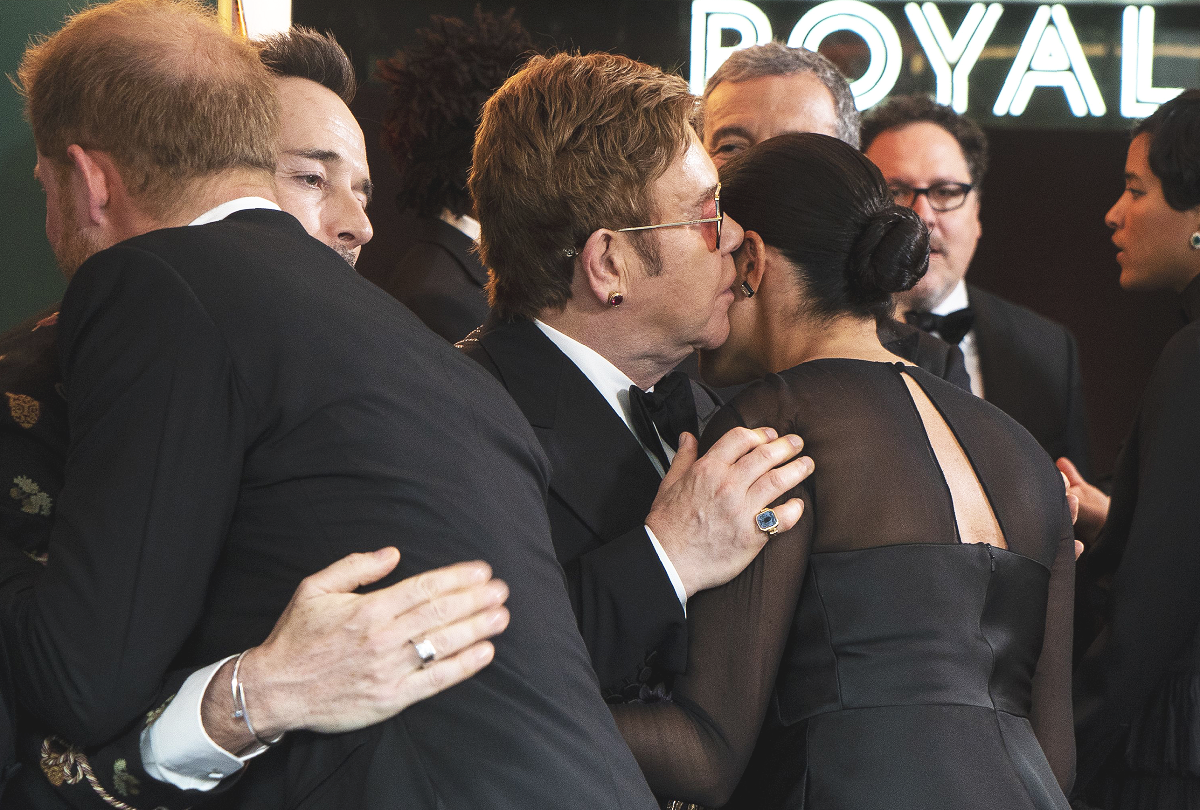 If there’s one person that you don’t want to mess with in the entertainment world, it’s most definitely Elton John!

The legendary singer made it pretty clear that he was none too pleased with the media attacks against his good friends Prince Harry and Meghan Markle after they took a private jet to visit him in the South of France.

Actually, make that his private jet, as the singer and songwriter provided the couple with his plane for the trip. Here’s what he has to say.

Both Prince Harry and Meghan Markle have been criticized for using a private yet for the short trip from London to the South of France this past week.

Many critics found it rather hypocritical for celebrity “eco-warriors” such as Harry and Meghan to preach about the importance of reducing one’s individual carbon copy, despite all of the traveling they do on their own. It’s been noted that while private jets carry fewer passengers than commercial planes, they burn much more fuel per person per hour.

However, Elton John blasted the media for criticizing Harry and Meghan by posting a message on social media. Citing his friendship with Princess Diana, Elton said that one of the reasons why he gave them his private jet is because he wanted to give them a high level of much needed protection.

In other words, their safety was his number one concern. The Duke and Duchess of Sussex also traveled with their three-month-old son, Archie Harrison.

“I feel a profound sense of obligation to protect Harry and his family from the unnecessary press intrusion that contributed to Diana’s untimely death,” Elton John wrote. “After a hectic year continuing their hard work and dedication to charity, David and I wanted the young family to have a private holiday inside the safety and tranquility of our home.”

I am deeply distressed by today’s distorted and malicious account in the press surrounding the Duke and Duchess of Sussex’s private stay at my home in Nice last week. pic.twitter.com/WjVRDSMX0z

So far Buckingham Palace has not made any comments about the controversy, but it’s doubtful that anything will be said, especially since this was a personal trip for the Duke and the Duchess. Both Prince Harry and Meghan Markle have previously spoken about the importance of taking care of the environment and tackling climate change issues that face us today.