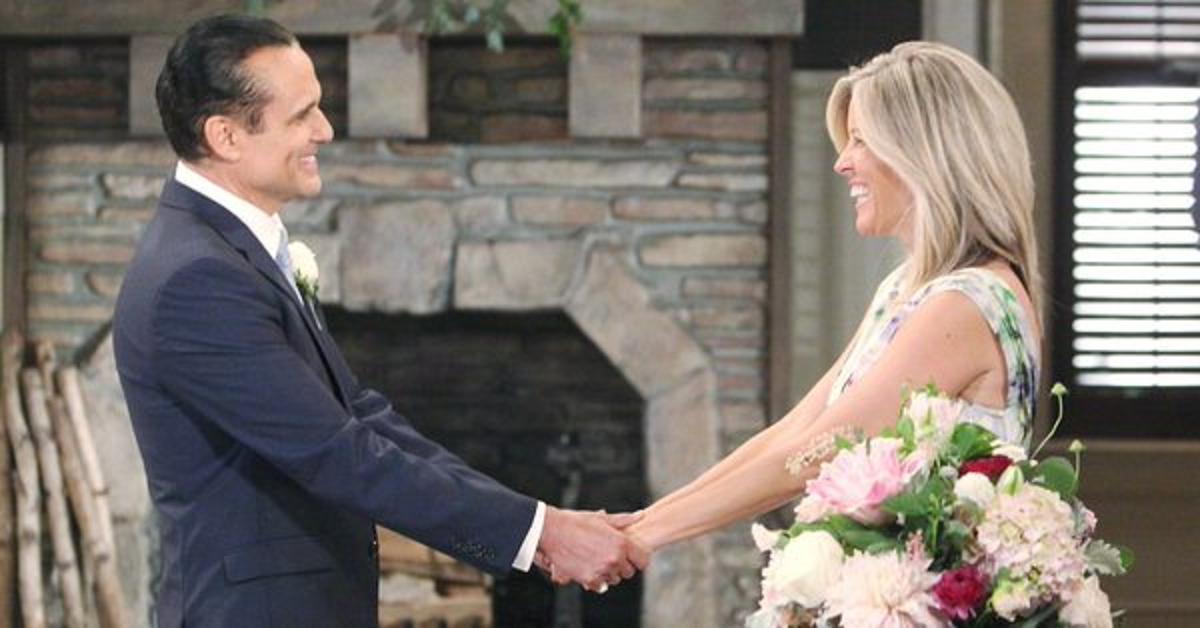 He was clearly taken aback by what he read, so Epiphany Johnson (Sonya Eddy) will want updates soon enough. She’ll ask if whatever it is can be treated, but Finn seems to be dealing with brand-new territory here.

GH fans can expect other shockers in this medical mystery. Finn will get the next batch of test results later in the week, and they’ll leave him more perplexed than before. Until then, Sasha will be unbelievably grateful for Nina Reeves’ (Cynthia Watros) support.

As Sasha continues to suffer in her hospital bed, she’ll manage to squeak out some kind words. Sasha will insist Nina has no idea how grateful she is for her.

Nina should be touched by Sasha’s comments and offer some in return. She adores her fake daughter, but it’s just a matter of time until that bomb drops! Across town, Jasper “Jax” Jacks (Ingo Rademacher) and Hayden Barnes (Rebecca Budig) will meet up for a chat. Jax will talk about how someone could be a helpful ally, so he’ll probably mean Liesl Obrecht (Kathleen Gati).

Other “General Hospital” spoilers say Willow Tait (Katelyn MacMullen) and Harrison Chase (Josh Swickard) will form a risky plan. Willow will fear that they could ruin everything by doing this, but her faint smile will suggest she’s interested. Chase’s grin will confirm that he is, too. He’ll undoubtedly reassure Willow that he’s got her back, so it’ll all work out fine.

Whatever Chase and Willow have in store should be interesting. “General Hospital” spoilers say Willow will try to take charge of her year again on Monday. Although 2019 hasn’t been one of her best so far, she’s at least enjoyed meeting and falling in love with Chase. Willow will hope to build on that and continue to turn things around.

Over with Alexis Davis (Nancy Lee Grahn) and Diane Miller (Carolyn Hennesy), they’ll attend a workout class together. Diane won’t exactly be thrilled about this, but Alexis will drag her to the session anyway. Meanwhile, Sonny Corinthos (Maurice Benard) and Carly Corinthos (Laura Wright) will prepare to renew their vows. They’ll be all dressed up and ready to roll as their loved ones arrive at the house.

Kristina Corinthos-Davis (Lexi Ainsworth) will think there’s another couple who could stand to appreciate each other. Naturally, she’ll mean Sam McCall (Kelly Monaco) and Jason Morgan (Steve Burton). It looks like Kristina will try to nudge them into another wedding, but they may table the discussion for now. Jason and Sam wouldn’t want to take anything away from the “CarSon” festivities.