The Bold and the Beautiful Spoilers: Monday, August 26 – Thomas Rushed To The Hospital – Bill Vows To Make Flo Pay For Her Crimes 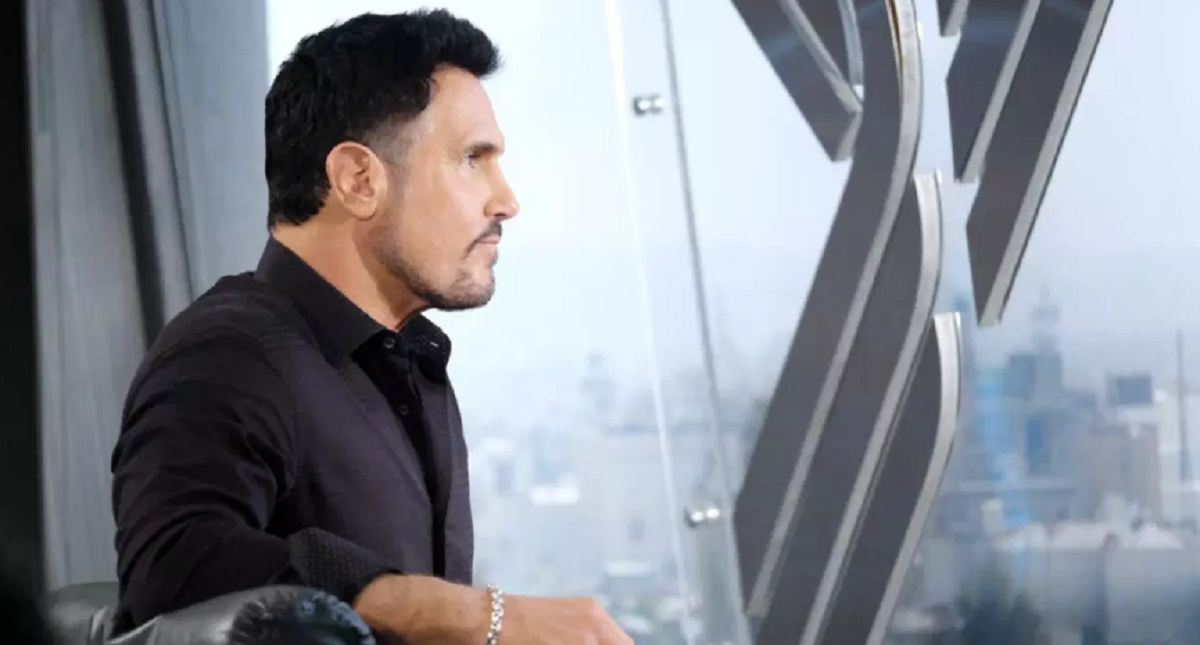 The Bold and the Beautiful spoilers for Monday, August 26, tease that a terrible scene will have just unfolded. As B&B viewers know, Hope Logan (Annika Noelle) was trying to get away from Thomas Forrester (Matthew Atkinson) when he ambushed her at Steffy Forrester’s (Jacqueline MacInnes Wood) house.

The two were outside arguing and Thomas wouldn’t let go of Hope, when Brooke Forrester (Katherine Kelly Lang) arrived on the scene and intervened in the altercation. One thing led to another, and Thomas ended up going over the cliff.

Of course, how it all went down will be something that will ultimately be hotly contested between Brooke and Ridge Forrester (Thorsten Kaye), who showed up just in time to witness Brooke push Thomas before he went over the cliff. As B&B viewers know, it didn’t appear that Brooke was trying to harm Thomas. She just wanted him to get away from Hope, and when she pushed him backwards, he went over the bushes and off the cliff.

On Monday’s episode of B&B, Brooke, Ridge, and Hope will race down the cliff to get to Thomas, who won’t be moving and will be in bad shape. Hope will call for help while Ridge and Brooke tend to Thomas and verify that he’s still alive. Thomas will then be rushed to the hospital, where he’ll get treatment for his life-threatening injuries.

Bold And The Beautiful Spoilers: Sally Overhears Wyatt Defending Her To Quinn – Is A Wally Reunion Coming? https://t.co/tKejkMj7Pm pic.twitter.com/mpPYdfzxgo

He’ll be tended to by Dr. Jordan Armstrong (Vincent Irizarry), who will make his first appearance on B&B. Thomas will have serious injuries, and the Forresters, Spencers, and Logans won’t know whether Thomas is going to make it or not. As B&B viewers know, Thomas fell from quite a distance, so he’s bound to be in pretty bad shape.

Meanwhile, on Monday’s new episode of B&B, Bill Spencer (Don Diamont) will find himself wanting updates on the cases against Reese Buckingham (Wayne Brady) and Florence “Flo” Fulton (Katrina Bowden). Bill has vowed to make both Reese and Flo pay for their crimes, and it looks like he’ll take some steps on Monday’s episode to make that happen.

Bold And The Beautiful Spoilers – Bill Spencer Stews About Wrongdoings

Of course, Bill is furious at what was done to Hope, Liam Spencer (Scott Clifton), and his granddaughter Beth Spencer (River Davidson and Madeline Valdez), and he considers to be a personal affront on his family. Bill even had his own people out looking for Reese at one point, but the police found him first.

On Monday’s B&B episode, Bill will turn his attention to Flo and her role in the whole baby swap and adoption scam. Of course, he wants Reese to pay as well, but it seems pretty clear that Reese is going to go away for a long time. He is guilty of kidnapping, and that’s a very serious charge that carries significant prison time.

Bold And The Beautiful Spoilers: Is Wayne Brady Returning To Reprise Dr. Buckingham?

But charges against Flo aren’t as serious. She participated in an illegal adoption and is probably guilty of obstruction, but Bill might be worried that she could cut some sort of deal if she testifies against Reese. At any rate, Bill will be concerned with making sure Flo pays for her crimes in full. He might just pay the DA a visit, or have Justin Barber (Aaron D. Spears) pay the DA a visit, to make sure that Flo goes down.