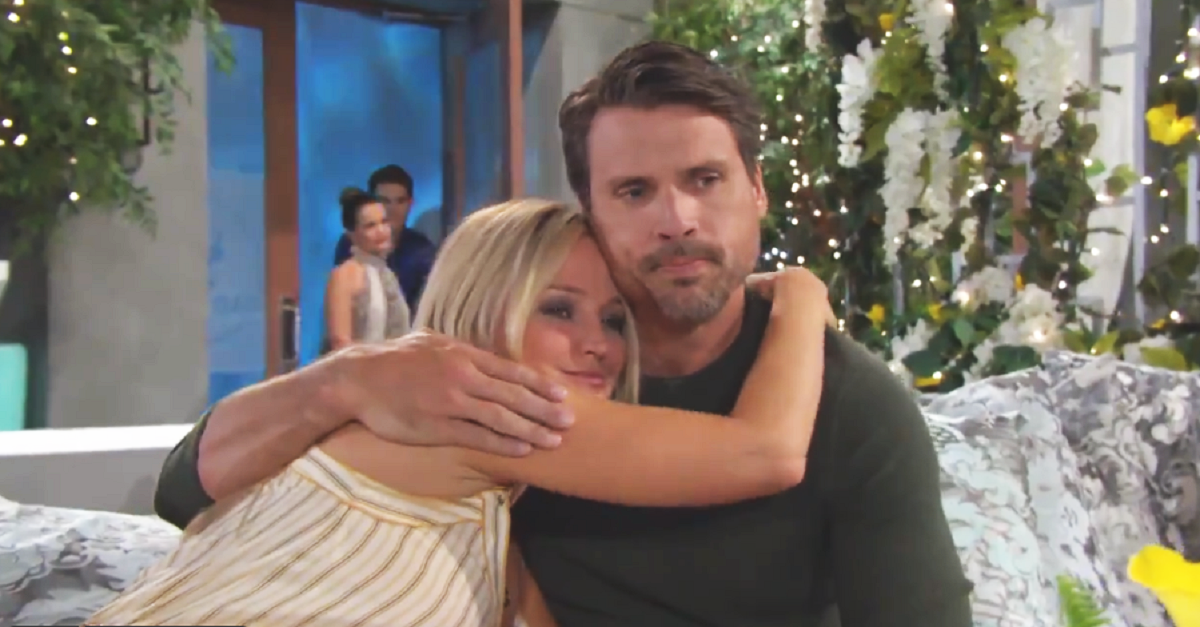 Sharon Newman (Sharon Case) was lambasted by Adam Newman (Mark Grossman) on ‘The Young and the Restless’. That alone reaffirms that with whatever he feels for Sharon, he’s certainly not in love with her. Instead, his mind consistently moves toward manipulation.

Telling Sharon that she’s drawn to him because of the darkness inside her was not only wrong, it was dangerous. Adam knows that Sharon’s mental health stability, which she’s strongly maintained for more than a year, is important. That’s resulted through her own efforts, along with the help of supportive people, a group Adam obviously isn’t part of.

Nick Newman (Joshua Morrow) was written into the scene Sharon was entering at the Genoa City Athletic Club’s rooftop pool. That was good because she needed a shoulder to lean on.

Sharon has told a variety of important men in her life that she doesn’t need them to rescue her. But, like all human beings, she can benefit by talking over significant moments after they’ve happen. What’s key is who she’s talking to and if those individuals have her best interests at heart.

When they were a couple, Sharon and Nick were inseparable. Hardcore ‘Shick’ fans can’t deny that they did have their issues through the years, including divorce. But they do care about each other and share children, the latter point alone makes Nick Sharon’s clear confidant choice over Adam.

While they’re not currently together, the recent incident with Adam would seem a prime that may allow Rey Rosales (Jordi Vilasuso) to consider reconciling with Sharon. This assumes that there isn’t a ‘Shick’ revival, which would be a major surprise, as Sharon and Nick haven’t crossed the nuptial finish line despite multiple attempts to do so in past years.

After ‘Ria’ was over and Rey and Sharon got together, the writing staff split them apart due to Adam. Now that Sharon has rejected Adam’s odd marriage proposal it’s fair to assume that she will have an opportunity to be with Rey again. Adam was wrong. Sharon is not his dark side equal. That latest mind game thankfully didn’t work and her subsequent talk with Nick proved worthwhile.

Moving forward Sharon will be wise to keep Adam at arm’s length, or even farther away than that. She’s in a good place right now and should give Rey, who is a good guy, her full attention. Hopefully he’ll see that she’s serious about being done with Adam and give their relationship a fresh start.