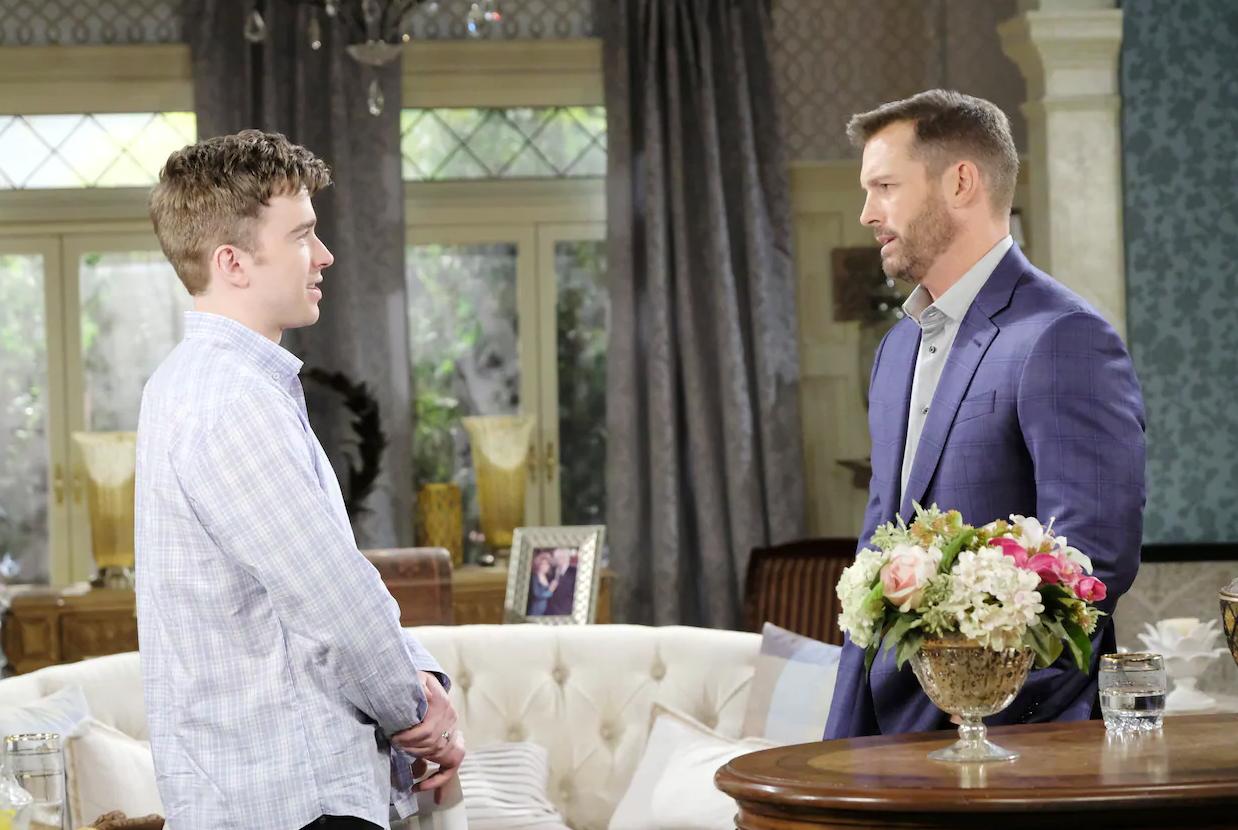 Days of Our Lives spoilers reveal Brady Black’s (Eric Martsolf) reaction to finding out the truth about “Nicole” (Arianne Zucker). How does he respond to discovering he was really sleeping with Kristen DiMera (Stacy Haiduk)?

On Friday’s episode, John was the one who finally exposed “Nicole” as Kristen DiMera. She wasn’t ready to have her real identity revealed just yet. However, always being able to come up with back-up plans, she decides to appeal to Brady. In her mind, she had a perfectly logical reason for sleeping with him while disguised as Nicole Walker!

Days Of Our Lives Spoilers: Will Sarah Turn to Xander After Ericole Reunites?

DOOL Spoilers – Sleeping with the Enemy

Although Brady tried to resist the fake Nicole’s seduction, he couldn’t hold out forever. Eventually, the two ended up in bed together. There were a few times that Kristen was tempted to show him her true identity. However, she either got interrupted by Tony (Thaao Penghlis) or something would stop her from doing it. She was under the illusion that he would be grateful and would love her just like he used to. However, she was wrong.

Days of Our Lives spoilers reveal that Brady doesn’t react well to the unmasking. He is justifiably angry. He was lied to and manipulated. Not only that, but Kristen knows where Nicole and Holly are. The mother and child are not dead like everyone thought. But she still won’t give up their location.

Then, she goes a step further and gives Brady her crazy illogical explanation, as Stacy Haiduk explained to Soap Opera Digest. She rationalizes that on some subconscious level, Brady must have known it was really Kristen all along. After all, he had dreams, memories and visions or Kristen after sleeping with “Nicole.” At least, that is what Kristen believes.

DOOL spoilers suggest that Brady reacts with rage toward Kristen DiMera. He tells her that there is no way he could love someone like her. Especially after she “traded” lives with Nicole and faked the death of Holly.

Kristen explains that she never hurt either one of them and Brady should “know” that she would never harm a child. However, by taking Holly away from her friends and family, she has hurt that little girl.

If Kristen had any heart or decency in her at all, she would give up their location. Unfortunately, she is keeping that card close to her chest and won’t give up any more information until she makes a deal with the prosecution to avoid prison time.