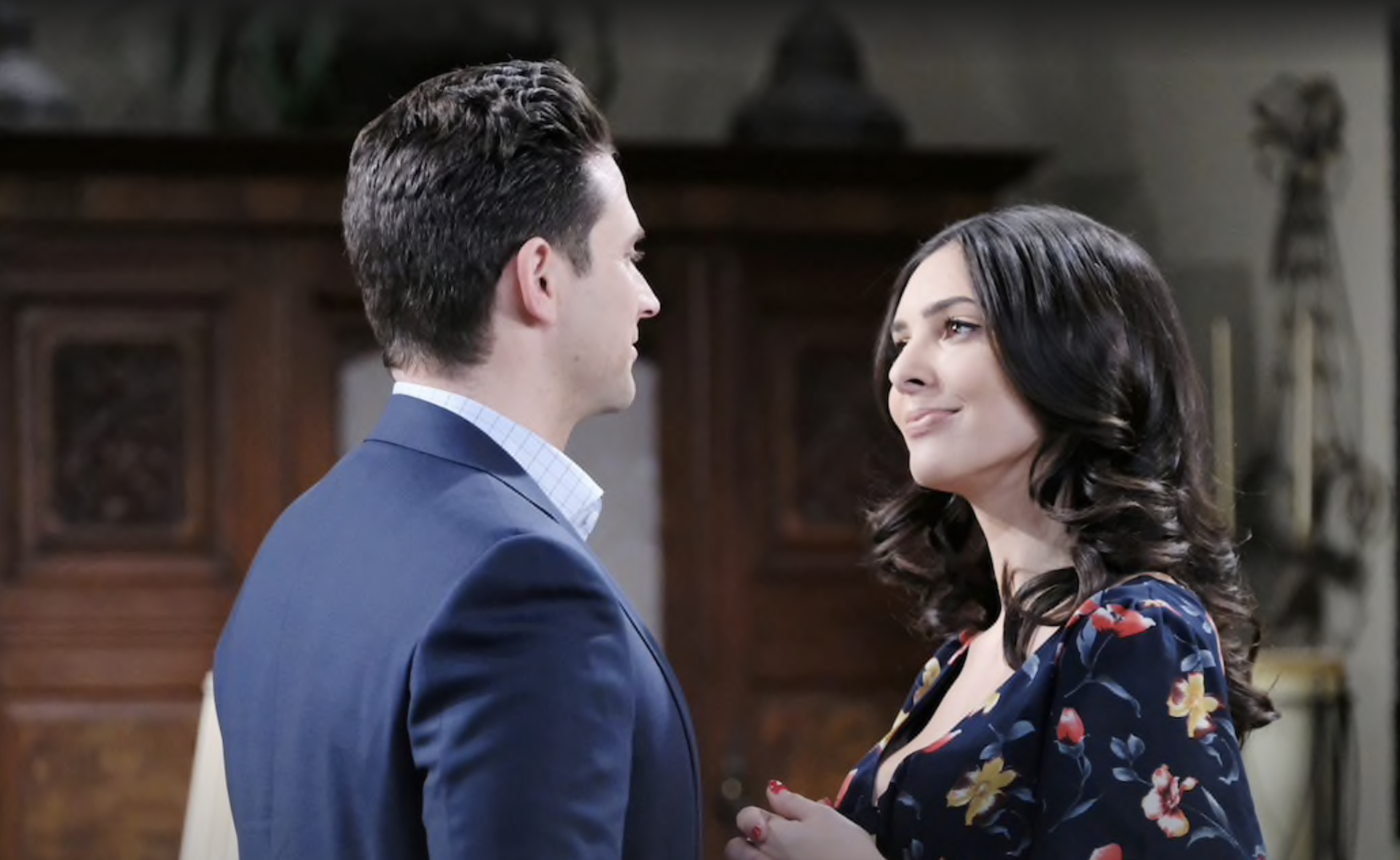 “Days of Our Lives” spoilers for the week of August 26-30 tease that Kristen DiMera (Stacy Haiduk) will stand by her claims. When Brady Black (Eric Martsolf) confronted Kristen, he pushed her to admit the deaths she caused. Brady believes Kristen was behind the demise of Holly Jonas (Harlow and Scarlett Mallory) as well as Nicole Walker (Arianne Zucker) and Ted Laurent (Gilles Marini).

The Ted part has an easy explanation; Kristen will point the finger at her brother and let him deal with the fallout. Tony DiMera (Thaao Penghlis) and Ted fought over the gun before it went off, which pumped a deadly bullet in Ted. Unfortunately, Kristen moved the body in an effort to cover up the truth. That means the whole thing will look incredibly shady to the cops.

Tony will assure Anna DiMera (Leann Hunley) that he’s innocent. It was an accident and nothing more, so Anna will think arrested Tony should use his leverage. He knows where Stefan DiMera (Brandon Barash) and Gabi DiMera (Camila Banus) are being held hostage, so he could use that to get off the hook.

However, “Days” spoilers say Will Horton (Chandler Massey) and Sonny Kiriakis (Freddie Smith) will eavesdrop. They’ll hear Tony talking about the hostage crisis and rush over to free Gabi ASAP. Before they arrive, Stefan and Gabi will confess their true feelings to each other. They’ll admit this goes beyond lust and accept that they’ve actually fallen in love.

Sonny and Will’s arrival will derail “Stabi’s” make-out session, which will bring some concerns for the guys. They’ll realize Gabi’s marriage looks like the real deal and not the cutthroat business plan she made it out to be. That’s troubling since Stefan has a less than sterling reputation. Will and Sonny will be worried mostly for Arianna Horton’s (Harper and Sydnee Udell) sake.

Now let’s get back to Kristen. She’ll push Brady to believe they’re destined to be together, but he won’t buy it. Brady will argue that he couldn’t be with a woman who harms a child. Of course, Kristen may remind Brady that he defended her at the party. She always wanted a child of her own, so she wouldn’t hurt one. Kristen will reveal that not only is Holly perfectly fine, she’s with her mom. Nicole is alive!

Days of Our Lives Spoilers: Jack and Jennifer Work Together to Find Holly, Will They Rekindle Romance? https://t.co/3NkmyvcyRe pic.twitter.com/ZpODbgV24D

“Days of Our Lives” spoilers state that Brady will be floored by the news. It turns out Nicole agreed to let Kristen wreak havoc by assuming her identity. In exchange, Holly was returned to Nicole with the promise of safety. The problem is Kristen won’t give up their location without a deal for her freedom.

Other “Days” spoilers say Xander Cook (Paul Telfer) will expose the same Holly shocker. He’ll tell Eric Brady (Greg Vaughan), Sarah Horton (Linsey Godfrey) and Maggie Kiriakis (Suzanne Rogers) that Holly isn’t dead. It was all a ploy to help Kristen win Brady over. DOOL fans can expect Eric to go straight to the source on that. Kristen will confirm Xander’s story and repeat what she told Brady, so Eric’s outburst will follow.

This is all building to Eric, Jack Deveraux (Matthew Ashford) and Jennifer Horton’s (Melissa Reeves) urgent mission. “Days of Our Lives” spoilers say they’ll work hard to bring Nicole and Holly home! We’ll give you updates as other details and rumors emerge. Stay tuned to DOOL and don’t forget to check Hollywood Hiccups often for the latest “Days of Our Lives” spoilers, rumors, updates and news.