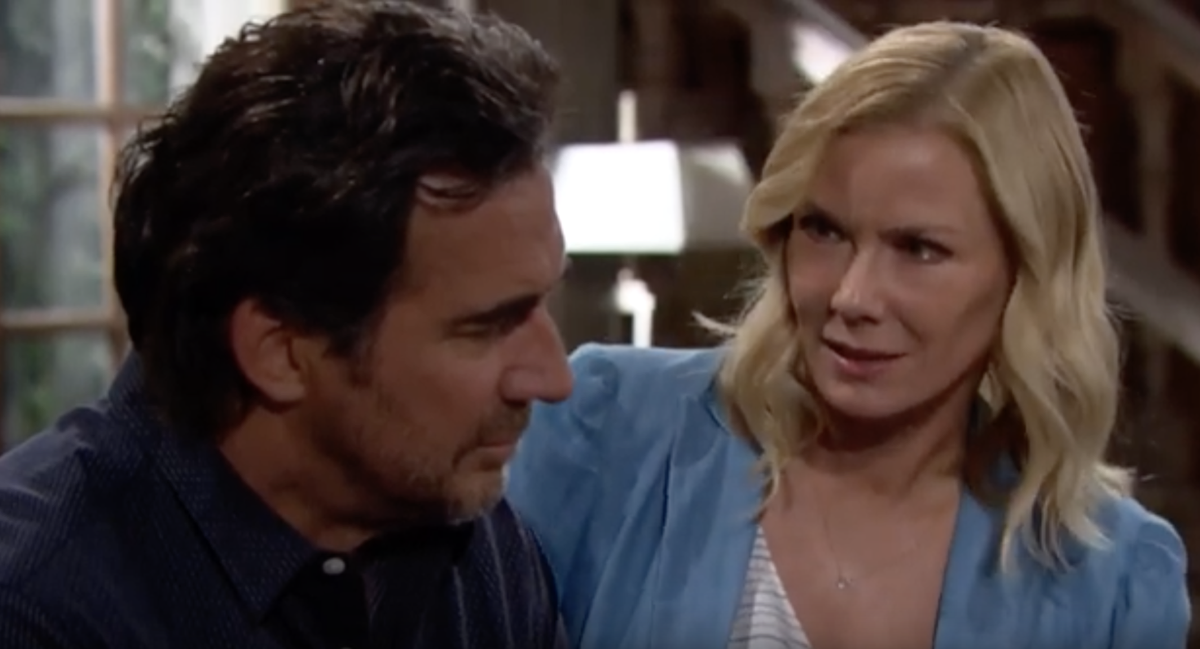 The Bold and the Beautiful (B&B) spoilers for the week of August 26 tease that Thomas Forrester (Matthew Atkinson) will fight to survive after Brooke Logan (Katherine Kelly Lang) accidentally shoved him off the cliff. It will be touch and go situation, but Ridge Forrester (Thorsten Kaye) refuses to give up on his son. He sits with him and begs him to fight and wake up.

Here’s what you can expect to see on B&B next week.

While Ridge is trying to deal with his son’s accident, he learns from the doctor that Thomas’ road to recovery may be long – and that’s IF he wakes up. Angry about the situation, Ridge unleashes on Brooke, demanding to know if she pushed him on purpose.

Brooke will try to defend herself, but Ridge’s despair over his son’s condition will not allow him to believe Brooke’s story. He will question if she did it on purpose.

The Bold and The Beautiful Spoilers: Brooke And Ridge’s Marriage Tested—Can They Survive The Beth Aftermath?

Thankfully, Thomas will wake up soon and he will be able to set the record straight. Of course, there’s the possibility that Thomas could turn on Brooke and suggest she is dangerous. Depending on how he remembers the events, this could be bad for Brooke.

After visiting Flo Fulton (Katrina Bowden) in jail, Shauna Fulton (Denise Richards) worries about her daughter’s safety. B&B spoilers state that she decides to reach out to Quinn Fuller (Rena Sofer) for hep to get Flo out of jail.

Shauna will admit and open up about the baby swap. Quinn will be stunned by the details but moved by Shauna’s love for her daughter. She knows that if it was Wyatt Fuller (Darin Brooks) in trouble, she would do everything in her power to help him.

It isn’t clear if Quinn will end up helping Shauna get Flo out of jail yet. But her story and plea for her daughter touched Quinn. She will have to maul it over and decide if that is the right decision for her, knowing that her family would be upset with her given the emotional aftermath of the Beth reveal.

Are you excited about what’s coming up next week on B&B? Don’t forget to come back later for more The Bold and the Beautiful (B&B) spoilers, news, and casting updates!