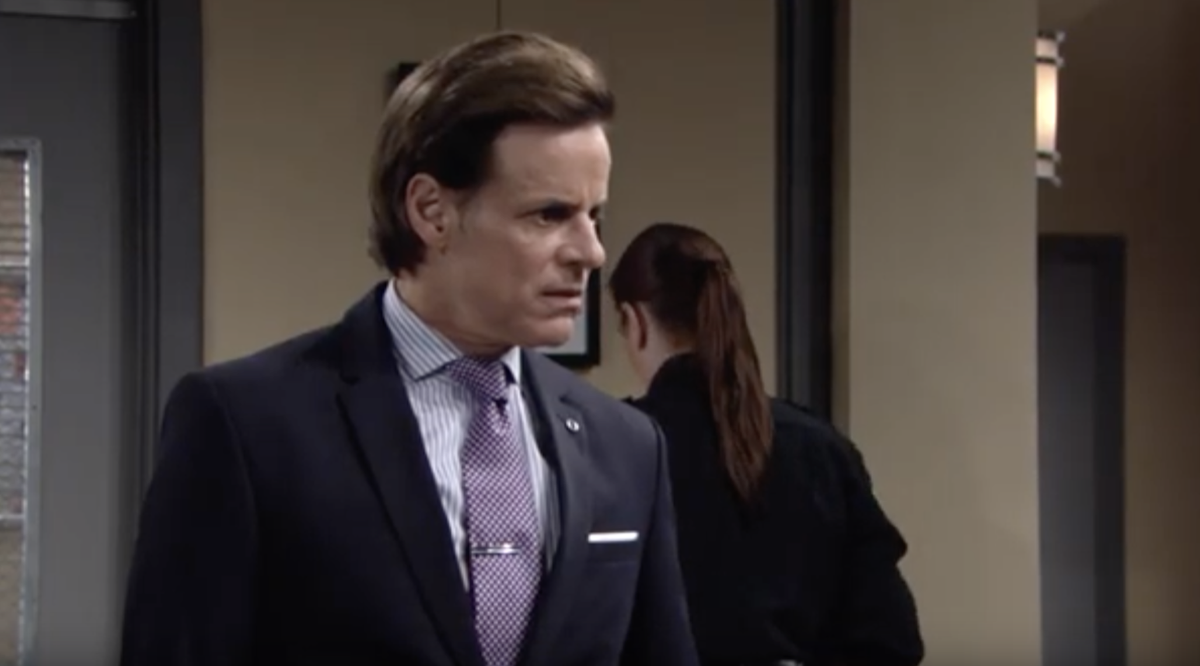 The Young and the Restless (Y&R) spoilers for the week of Monday, August 26 through Friday, August 30, 2019 reveal Adam Newman (Mark Grossman) begrudgingly ends the custody suit of his biological son, Christian; giving full custody to his brother, Nick Newman (Joshua Morrow); but it isn’t without a dire warning to everyone. Newman Patriarch, Victor Newman (Eric Braeden) insists his family be on their toes as they prepare for war. Meanwhile, he couldn’t be more right as Adam aligns himself with frenemy, Phyllis Summers (Michelle Stafford).

Y&R sources tease that Michael Baldwin (Christian LeBlanc) had both Chloe Mitchell (Elizabeth Hendrickson) and his brother, Kevin Fisher (Greg Rikaart) arrested, but this week the slick attorney reveals his true plans for the imprisoned duo. Kevin meets with Victoria Newman (Amelia Heinle) later in the week and is able to open up to her.

Billy Abbott (Jason Thompson) continues to spiral out of control and even when he is finally diagnosed with DID (Dissociative Identity Disorder); things turn from bad to worse when his alter takes something from Adam’s home, causing the very bitter enemies to finally battle it out; of course, viewers of the CBS soap opera know things will never go as intended and someone shockingly intervenes. Who do you think stops the fight and why?

The Young and the Restless spoilers show that Devon Hamilton (Bryton James), the one who inherited billions from his grandmother, the late Katherine Chancellor (the late – Jeanne Cooper) is about to have the shock of his life when he gets startling news regarding her will. Could Devon be about to lose his inheritance and the lifestyle he has become accustomed to?

Meanwhile, Lola Rosales Abbott (Sasha Calle) meets with her eldest brother, Rey Rosales (Jordi Vilasuso), who has been miserable since he split from Sharon Newman (Sharon Case) and pleads with him to get back together with Sharon and forgive her for her misdeeds. Will Rey take the advice of his little sister?

In other Y&R spoilers, Abby Newman (Melissa Ordway) is continuing to prove herself and completes a deal mid week. Will her family be proud of all her accomplishments and finally acknowledge that she is definitely someone to contend with? Former lovers Chelsea Lawson Newman (Melissa Claire Egan) and Nick Newman appear to be falling back into old habits as it gets very heated and the two end up having sex. Victor is about to cut ties with someone and things are going to get very messy for Chelsea. How will she deal with things as her world implodes?

Don’t miss out when fan favorite, Lauren Woodland returns this week to reprise the role of Brittany Hodges!

Be sure to tune into CBS’ The Young and the Restless (Y&R) on Monday, August 26, 2019 to catch up on everything happening right now in Genoa City. Check Celebrating the Soaps often for updates, news, rumors and spoilers!