Days of Our Lives Spoilers: Has Gabi Forgotten About Ari? Mother Seems More Concerned About Power Than Her Own Daughter 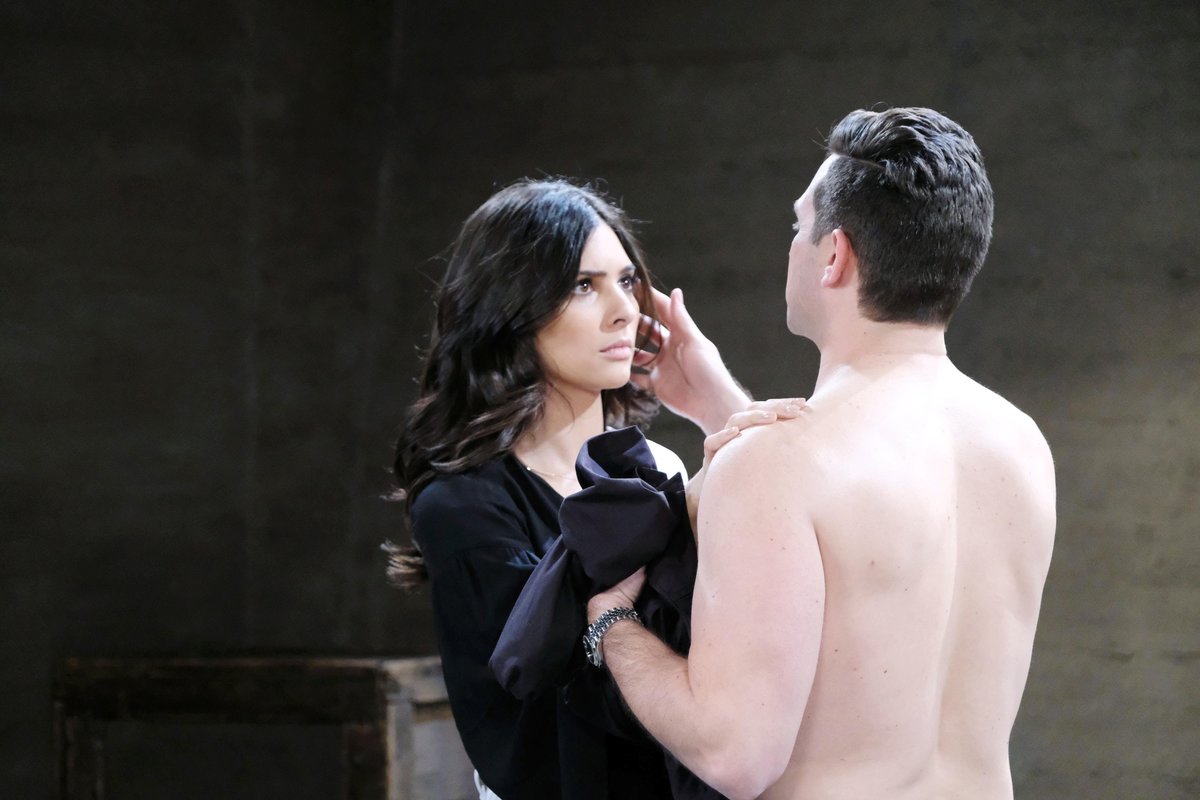 Days of Our Lives (DOOL) spoilers tease Gabi Hernandez (Camila Banus) is busy collecting power and control from Stefan DiMera (Brandon Barash). In a recent letter to the editor in Soap Opera Digest, one fan brought up a concern. Has Gabi forgotten that she has a little girl? Where is Ari in Gabi’s mind while she plays games with Stefan’s body, mind and business?

Stefan and Abigail (formerly Marci Miller, currently Kate Mansi) framed Gabi for murder. Of course, in Abigail’s defense, she wasn’t herself. At the time, she was suffering from dissociative identity disorder (DID) which made her have at least one alter, namely “Gabby.”

Unfortunately, the truth was found out too late and Gabi was sent to prison. She experienced many horrors behind bars. Once she was released, she made it her life mission to make Stefan pay.

Days of Our Lives spoilers teased that Gabi would go after everything that belonged to Stefan. She seduced him, then kept him tangled in her web. Meanwhile, she convinced him to give her power of attorney, then married the man. Once that happened, she became CEO of DiMera Enterprises and had him kicked out of the mansion. She took everything from him, but wasn’t counting on falling in love with her enemy.

DOOL Spoilers – Where Does Ari Horton Fit in with ‘Stabi’?

While Gabi is busy playing manipulative temptress, she seems to have forgotten about Ari. Sure, the little girl had all three of her bathing suits at the mansion. This seems to indicate that Gabi planned on moving her daughter into their “new home.” However, we haven’t seen Ari with Gabi recently. Each time she is mentioned or seen, the child is with Will Horton (Chandler Massey) and/or Sonny Kiriakis (Freddie Smith).

Days of Our Lives Spoilers – Should Will Horton and Sonny Kiriakis Have Sole Custody of Gabi Hernandez’s Daughter?

Days of Our Lives spoilers suggest that Will and Sonny are actually focusing on Ari. They are putting the little girl first and taking care of her needs. Right now, Gabi isn’t thinking of Ari at all. She is so focused on revenge, money, and power that she seems to have forgotten that she even has a child. This is leading some fans to speculate whether Ari would be better off living with “Wilson” full-time.