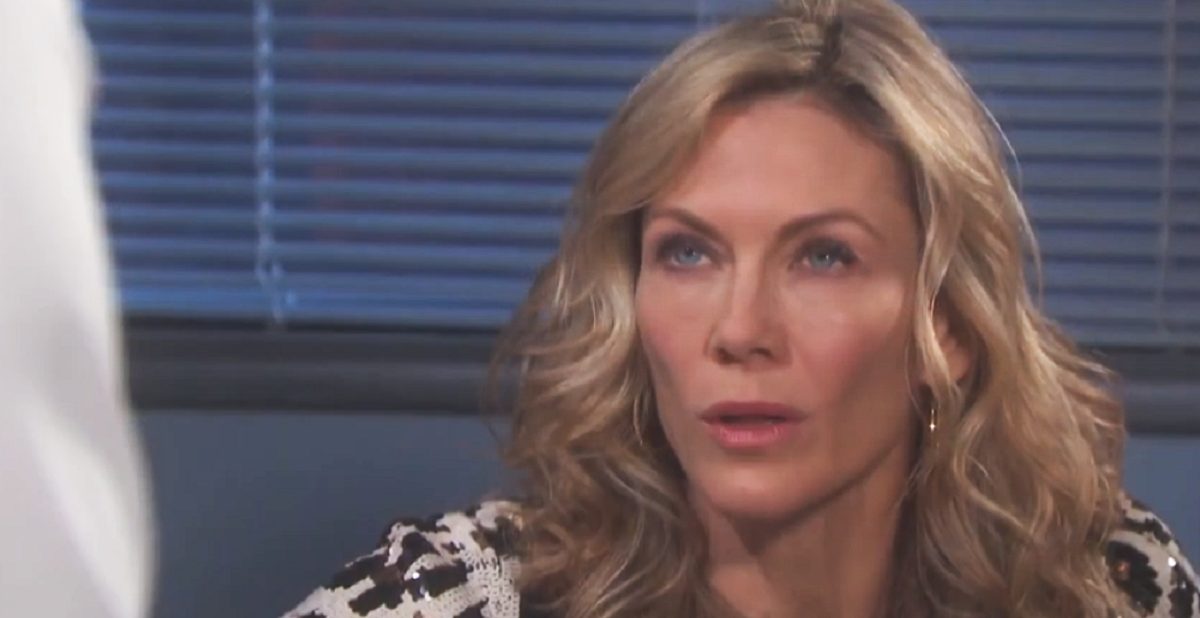 Days of Our Lives spoilers for Tuesday, August 27, tease that Stefan DiMera (Brandon Barash) and Gabi DiMera (Camila Banus) will focus on honesty. They’re stuck down in the DiMera tunnels, so they might as well use this time to their advantage. Gabi and Stefan can’t live in denial about how they really feel. Their connection is far too strong for that, so they need to come clean and do something about it.

After Stefan revs up the pressure, Gabi will admit she truly fell in love with him. She planned to just take Stefan down in the beginning, but her feelings grew along the way.

Gabi tried to fight what was in her heart, but she’ll finally let her walls down on Tuesday. She’ll confess what she wants and Stefan will want the same, so they’ll agree to move forward together.

Other Days of Our Lives spoilers say Xander Cook (Paul Telfer) will reveal the story behind Holly Jonas’ (Harlow and Scarlett Mallory) faked death. He’ll do his best to explain everything and hope it’ll soften some of the backlash he’s facing.

Days of Our Lives Spoilers: What To Expect When Patch Finally Returns To Salem @celebratesoaps https://t.co/kSNHo8YqV6

At the police station, Brady Black (Eric Martsolf) will demand to know the whereabouts of Holly and Nicole Walker (Arianne Zucker). Days spoilers say Brady will fume when Kristen stays tight-lipped, but she’ll be willing to talk in exchange for a deal. She’ll want to trade her freedom for Nicole and Holly’s location, but it’ll be a hard sell to Melinda Trask (Laura Kai Chen) and Jack Deveraux (Matthew Ashford).

Eric and Jennifer Horton (Melissa Reeves) will work on convincing Jack later this week, but let’s focus on Tony DiMera (Thaao Penghlis) in the meantime. Since Tony knows where Stefan and Gabi are stashed, Anna DiMera (Leann Hunley) will think he can use that as leverage. Days of Our Lives spoilers say she’ll be desperate for Tony to cut a deal of his own.

Worried Will Horton (Chandler Massey) and Sonny Kiriakis (Freddie Smith) will overhear this big shocker. They’ll race over to the DiMera mansion in hopes of freeing Gabi and Stefan, so a dramatic rescue’s brewing.

We’ll give you updates as other Days news and rumors emerge. Stay tuned to DOOL and don’t forget to check Hollywood Hiccups often for the latest “Days of Our Lives” spoilers, rumors, updates, and news.