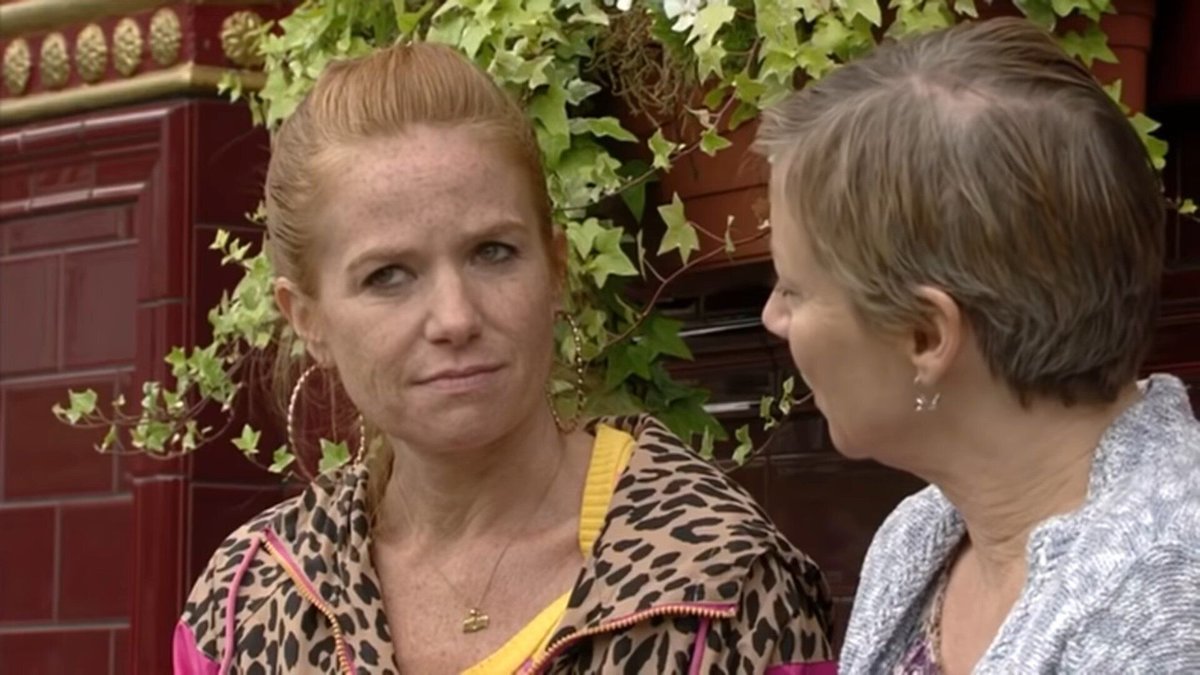 EastEnders showrunners Kate Oates and Jon Sen revealed that Bianca Johnson’s (Patsy Palmer) return to the show will spark a new long-term storyline. It’s not going to be just any story, it’s something that will create a lasting impact on Albert Square.

It’s been revealed that Palmer is set to return to Walford as Bianca. She’s expected to attend Whitney Dean and Callum Highway’s much-awaited wedding day.

She was also thankful that Lucy Benjamin agreed to reprise her role as Lisa Fowler. She’s set to return to Walford in the first week of September. Lisa will seek out Mel Owen (Tamzin Outhwaite) and asks her for help as she tries to get Keanu Taylor (Danny Walters) out of the country after being framed for Phil Mitchell’s (Steve McFadden) brutal attack.

EE Spoilers – Lucky To Have Lucy Benjamin And Patsey Palmer Back

Oates said, “Obviously we’re so lucky that Lucy Benjamin said yes to returning as Lisa and there was a story propelling her forwards.” “It’s the same with Patsy. What I think is key is that Patsy’s stint is shorter but it’s the catalyst she brings with her,” she added.

“We talked about it and we decided that the whole point of it was that it’s great to bring a name back, but only if it’s part of the story. We didn’t want to have that thing of: ‘Yay it’s Bianca! Bye then’. So we talked about it for a long time and having a story that propels after she’s gone,” she explained.

Sen believes that having a character return to kick off a long term story is the essence of soaps. “The constant cause and effect of all these characters that come back from the past and everything’s kicking off stories the whole time,” he explained.

#EastEnders Spoilers: Habiba Puts Adam To The Test – Is She Setting Herself Up For Heartbreak? https://t.co/3NsZ67eKS9

“Kate’s completely right – it was joyous when we said: ‘Oh, maybe we can get Bianca back’. Everybody’s really excited because she’s such an iconic character, he continued.”