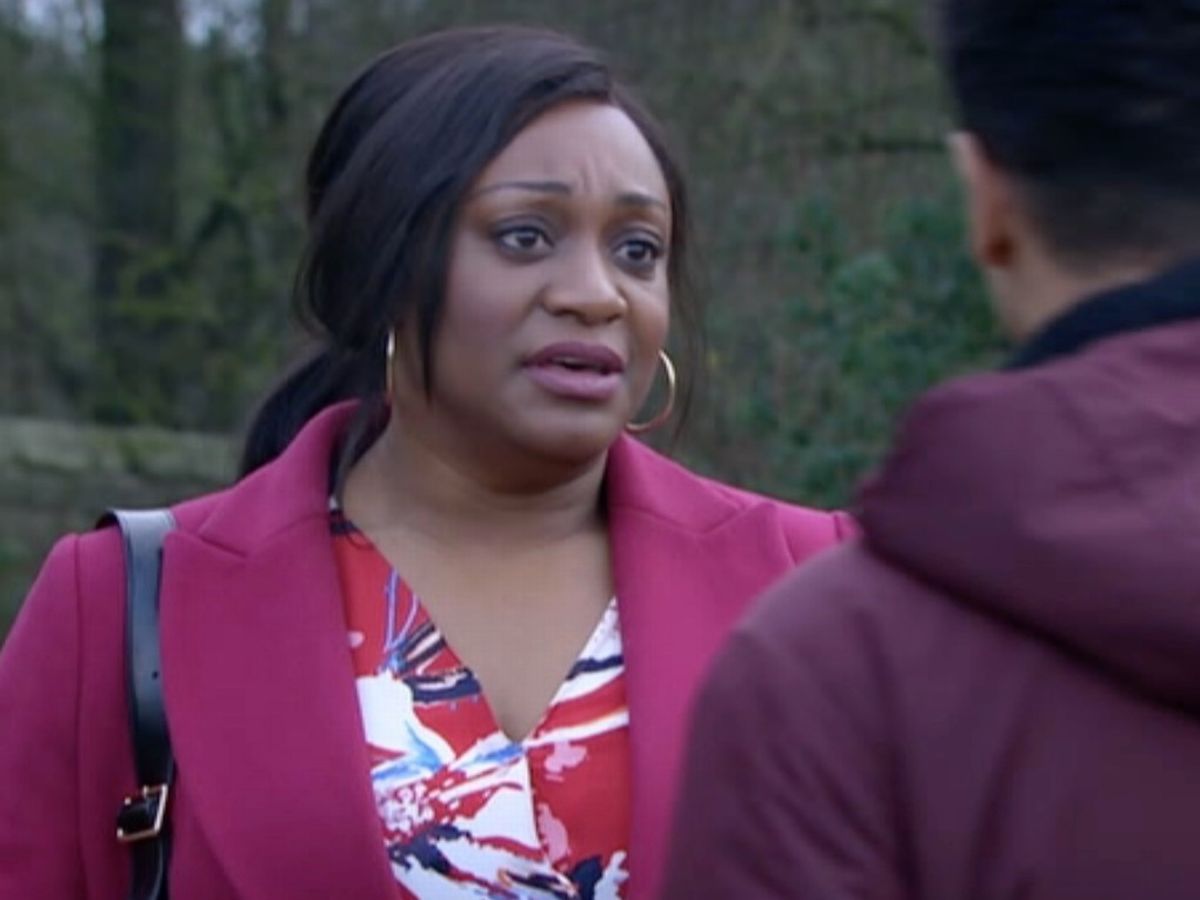 Emmerdale has set up Jessie Dingle’s (Sandra Marvin) final storylines after the actress announced that she has decided to leave the show. Jessie made a shocking decision to resign as Hotton Academy’s headteacher before the school decided to sack her. The decision made her feel in a way that she’s back in control again but it infuriated Marlon (Mark Charnock). He pointed out the financial ramifications of what she did. He was also upset that he had no say in her decision that affected them both.

Viewers may recall that Jessie’s life has been in disarray following the Maya Stepney (Louisa Clein) grooming storyline. The school board reprimanded her for not being able to spot the signs that Maya was up to no good. The school has decided to suspend her

Emmerdale Spoilers – Are Jessie Dingle and Marlon Dingle Breaking Up?

Aside from the dilemma, she’s facing at work, her personal life, especially her marriage to Marlon, has gone through a rough patch. They’ve just been married for eight months and it seems like they’re on a verge of a breakup.

Jessie was previously seen talking to Marlon and said that she found her current situation unbearable. She also explained that she wanted to regain control of her life and of the situation and that’s why she decided to resign.

Marlon was furious because Jessie didn’t talk to him before making such a huge decision. He was also concerned about the financial implications of her actions. Although Jessie was suspended, she was still being paid and may have been able to receive a payout if the school board decided that let her go.

Marlon blurted out, “I‘m your husband, Jessie – I’m not just a housemate.” With everything in her life seemed to be going wrong, could this be the perfect exit storyline for Jessie? Will this force her to leave town and start a new life somewhere else?

Marvin already has a new job waiting for her after she leaves Emmerdale. She’s going to be part of a theater play titled “The Thunder Girls.” She’ll be working with Coronation Street’s Beverley Callard and “Loose Women” panelist Coleen Nolan.

When asked about her decision to leave, Marvin simply said, “There are so many amazing people looking for work and it’s a tough industry, but if you don’t challenge yourself you’ll never know.”