The Bold and the Beautiful POLL: What Is Thomas’ Future? Vote Now! 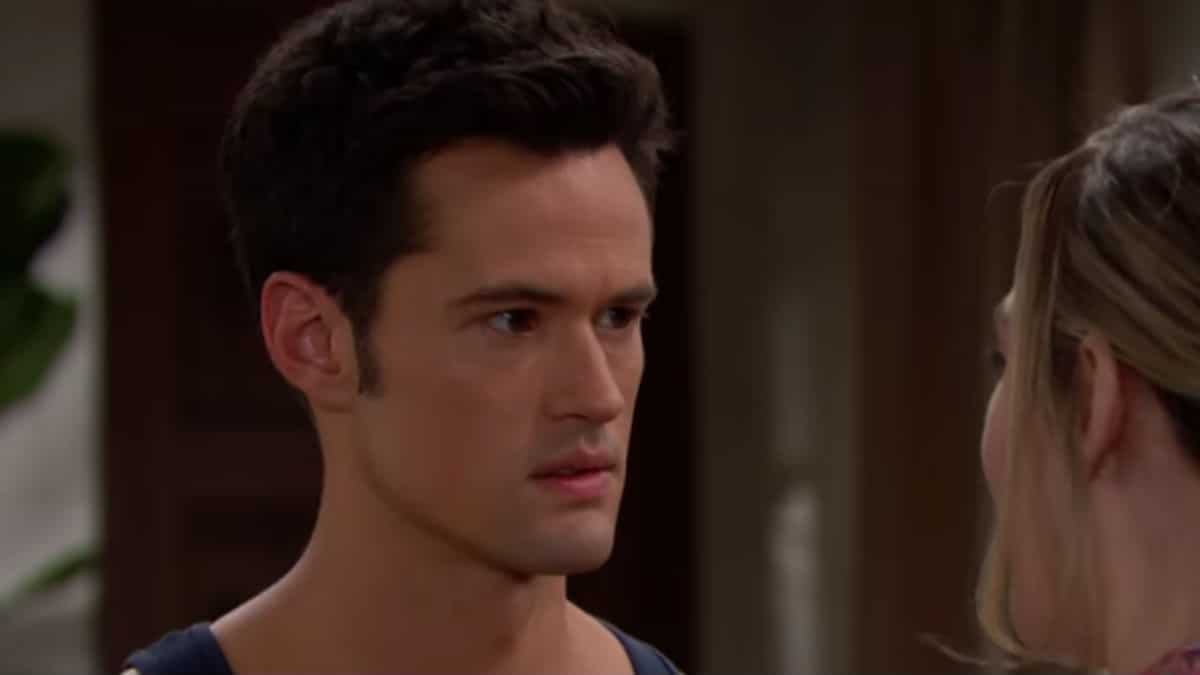 Devoted viewers of The Bold and the Beautiful saw Thomas Forrester (Matthew Atkinson) fall over the side of the cliff(hanger). The resulting long shot revealed that Brooke Logan Forrester’s (Katherine Kelly Lang) parental push resulted in Thomas lying on the sand more than one hundred feet below.

Justice is a deeply subjective term that is reflective of the emotion within each individual in this fictional version of Los Angeles, California. With that, B&B fans are now considering what Thomas’ future will be?

Thomas’ comatose state was pulled from one of soap’s staple dramatic outcomes. However, this arc has been nothing short of dramatic.

It would seem far too easy to have Atkinson’s villainous character quickly slip off to death, or remain in his coma for any period of time and then die. But this option is possible and would be the result of a planned write-out of the character that was just recast earlier this year.

Atkinson joined the show, along with Henry Joseph Samiri (Douglas Forrester), following the shock of Caroline Spencer’s (Linsey Godfrey) passing. With all that’s happened, including the tailgate driven demise of Emma Barber (Nia Sioux), fans have long been wondering if Thomas was responsible for Douglas having lost his mother?

If Thomas is to die it would seem most logical to at least have him wake up and admit or acknowledge all of his criminal misdeeds. But this option, if taken, would surely be unexpected.

Of course, Thomas isn’t likely to be without access to his memories forever. A slow realization burns back to who he was could incorporate a real redemption. That type of uplifting story would ask viewers to see Thomas anew.

The potential acquisition of evidence by Detective Alex Sanchez (Jeremy Ray Valdez), regarding Emma’s car crash, would override whatever mental health issues Thomas’ had, or will continue to have. He would probably be prosecuted for what happened unless said proof isn’t compelling. But even if this legal road is pursued, a transformation of Atkinson’s character is still possible.

No matter how long it takes for Thomas to recover, assuming that he does, the pretense of a personal epiphany could be presented. Just as Atkinson’s calculating alter ego fooled various people these past months, so too could he convince enough key individuals that the fall changed him.

Hiding in plain sight to either avoid prosecution and other consequences resulting from his legal and moral crimes, Thomas could opt to hide in the weeds with the intent of seeking revenge on Liam Spencer (Scott Clifton) and Xander Avant (Adain Bradley), who gave Detective Sanchez information about what happened on Mulholland Drive. Then, on a future cliffhanger Friday, B&B could reveal that Thomas hadn’t changed and is seeking revenge against his perceived enemies.

Fans of ‘The Bold and the Beautiful’ rightfully express their opinions on a regular basis. So, what is Thomas’ future? Please vote in our poll below!