The Bold And The Beautiful Spoilers: Thomas Life Hangs In The Balance — His Road To Redemption Begins 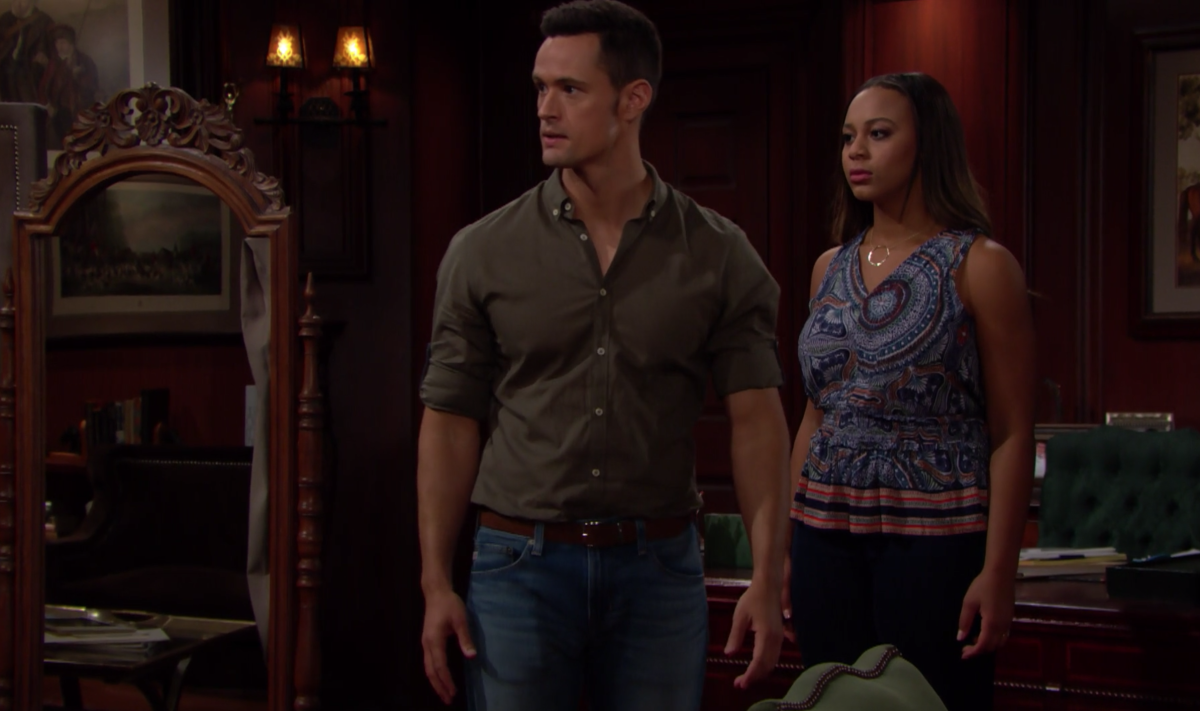 Finally, after all these months, Thomas Forrester (Matthew Atkinson) confirmed that his humanity hasn’t been lost on The Bold and the Beautiful. Once again it took Douglas Forrester (Henry Joseph Samiri) to speak the truth for something profound to happen.

Telling his father that he was a good person and his best friend, Douglas touched Thomas’ heart and surely many millions of others watching around the globe. Within those stellar exchanges between Atkinson and Samiri, Thomas flashed his humanity, which is rarely been exhibited.

Bold & The Beautiful Spoilers – Pulling Back From The Cliff

In yet another memorable outdoor scene, Atkinson and Annika Noelle (Hope Forrester) fought outside of the actual setting where Jacqueline MacInnes Wood’s (Steffy Forrester) character now lives with her only daughter, Kelly Spencer (Zoe Pennington and Allison Marcia Sweeney).

Brooke Logan Forrester (Katherine Kelly Lang) beat Ridge Forrester (Thorsten Kaye) to the cliff house, saw Thomas and Brooke tussling and stepped in between them. As he was profusely apologizing, Brooke turned back once, then returned to face Hope. But then Brooke reversed herself again and put her hands on Thomas.

As he flipped over the side and fell what looked to be more than a hundred feet onto the hard sand below, various B&B viewers began pulling back.

The Bold and the Beautiful Spoilers: Wednesday, August 21 – Thomas Rages After Learning About The Annulment – Brooke & Liam Worry About Hope

B&B Spoilers  – And So Redemption Starts

The road to redemption varies, based upon the moral and, or legal crimes committed. Thomas has already admitted to withholding the truth about Beth Spencer (Madeline Valdez and River Davidson) from Hope and the others. But there is the other matter involving Mulholland Drive.

Pity for whatever Thomas’ longterm condition may be will exist, assuming that Atkinson’s character isn’t being written out of the show through an eventual hospital death bed scene. But feeling sorry for Thomas’ actions won’t be enough to prevent him from being arrested for causing the death of Emma Barber (Nia Sioux), if Detective Alex Sanchez (Jeremy Ray Valdez) unearths evidence, or Thomas admits to having run her off the road.

With whatever the outcome, B&B is offering viewers an exit lane. Those who choose to be forgiving now see Thomas in a different light. Compassion for his existing mental health condition and current physical condition arguably alters perceptions.

It’s always good to offer praise to those who are part of daytime, be they in front of the screen, behind it, or on the other side, meaning the fans. The grind of producing five shows a week for most weeks during the year is a phenomenal feat that happens because of the many talented people who are part of soap opera casts and work behind the scenes.

Devoted soap fans know an outstanding actor when they see one. There’s a certain naturalness to that person’s performances, consistent chemistry with fellow cast members, and a likability factor.

Samiri is, without question, a great young actor. The amount of nuanced dialogue he’s learned and delivered is truly remarkable. It’s not exaggerating to suggest that this entire arc wouldn’t be the same without Douglas.

Here’s hoping that Samiri will be recognized at next year’s Daytime Emmy ceremony with more than a nomination. While there are other solid daytime actors in his age range, this young man deserves to have his work recognized with an Emmy in the Outstanding Younger Actor in a Drama Series category.