The Bold and the Beautiful Spoilers: Tuesday, August 27 – Ridge Furious With Brooke For Pushing Thomas – Liam Tells Hope Thomas Is To Blame For His Situation 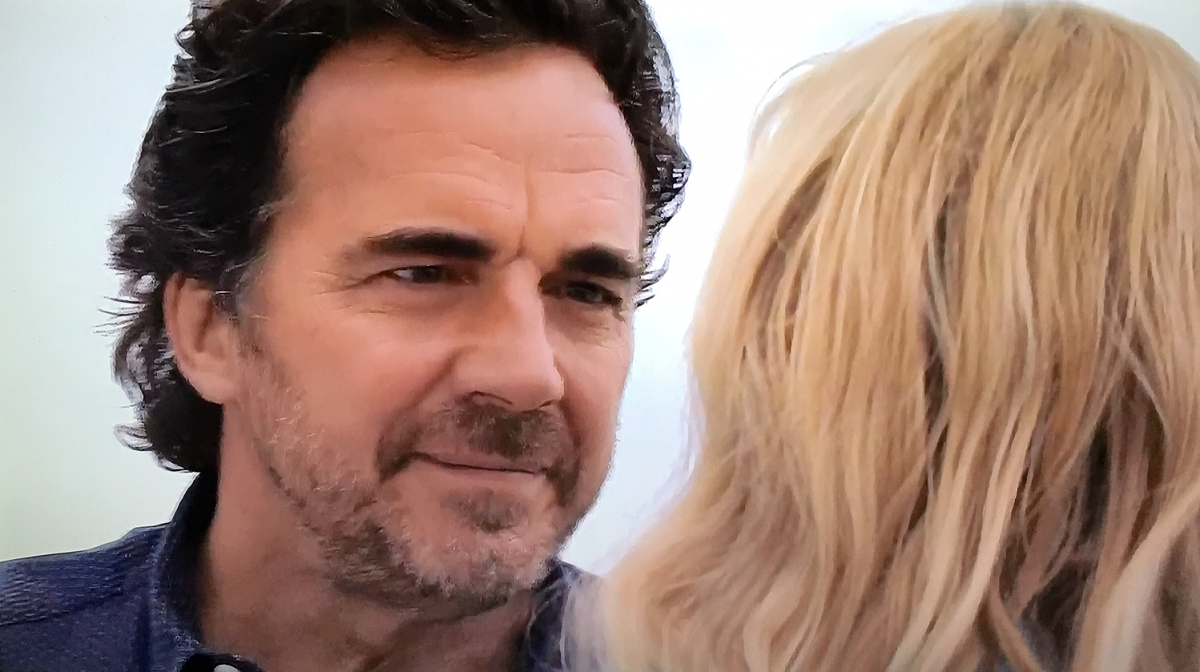 The Bold and the Beautiful spoilers for Tuesday, August 27, tease that Brooke Forrester (Katherine Kelly Lang) will be stunned. As B&B viewers know, Ridge Forrester (Thorsten Kaye) has just made a terrible accusation against her. She’s stated several times that what happened on the cliff with Thomas Forrester (Matthew Atkinson) was a “terrible accident,” and now Ridge has taken issue with that characterization of events.

As B&B viewers know, Ridge happened upon the scene just in time to witness Brooke push Thomas, who then quickly fell over the bushes and over the cliff to the ground below. It looks like Ridge only saw the part of the scene where Brooke pushed Thomas and he didn’t see the events leading up to the push, when Thomas was manhandling Hope Logan (Annika Noelle).

So, from Ridge’s point of view, the push looked deliberate, and on Tuesday’s B&B episode, it looks like he’ll confront Brooke with his view of what went down…that Brooke, in her anger over what Thomas had done to Hope and Liam Spencer (Scott Clifton), deliberately pushed Thomas over the cliff. Of course, Brooke will be stunned and horrified by this accusation, and she’ll deny wanting Thomas to go over the cliff.

At any rate, this disagreement over what really happened at the top of the cliff is going to have a terrible effect on Brooke and Ridge’s already fractured marriage. They were already having problems as a result of what Thomas did with respect to the Beth Spencer (River Davidson and Madeline Valdez) secret. Ridge knows his son did some terrible things, but he has wanted to give Thomas the benefit of the doubt until he heard from him directly.

The Bold and the Beautiful POLL: What Is Thomas’ Future? Vote Now!

Now, Ridge believes that he may never get to hear Thomas’ side of the story. His current condition is grave, and according to B&B spoilers, Ridge will continue to directly blame Brooke for what happened. Look for some serious marital strain between these two going forward.

Meanwhile, on Tuesday’s new B&B episode, Hope will be feeing distraught about what happened on the side of the cliff. She’s just been through a terrible ordeal, and she’ll still be trying to process everything that’s happened. It looks like she and Liam will soon head to the hospital to check on Thomas’ condition, and it seems Hope will be feeling horrible about what’s happened.

Of course, Hope is probably well-aware of the problems that Brooke is going to face going forward. After all, Thomas’ fall was the result of Brooke’s actions, and there will have to be a police investigation into the matter. Detective Alex Sanchez (Jeremy Ray Valdez) will soon be around asking some tough questions about what transpired on that cliff, and Hope will have to give an honest account of what happened, which could hurt her mom.

But according to B&B spoilers, Liam will have a very different view of the scenario than Hope does. Hope will be feeling like Thomas may have done some terrible things, but that he didn’t deserve to tumble off a cliff. Liam, on the other hand, will think that Thomas has no one but himself to blame for his own situation. After all, if he hadn’t tracked down Hope at the cliff house and forced a conversation on her, he never would have gone over the cliff.

Liam will try to convince Hope that Thomas is the one responsible for his own predicament, but Hope will probably still feel somewhat guilty over the whole thing. She might blame herself for running outside to the cliff in the first place, or for not sitting down and talking with Thomas. But Liam won’t have any of that thinking, and he’ll be sure to let Hope know that Thomas’ current condition is on him, and that it isn’t her fault.