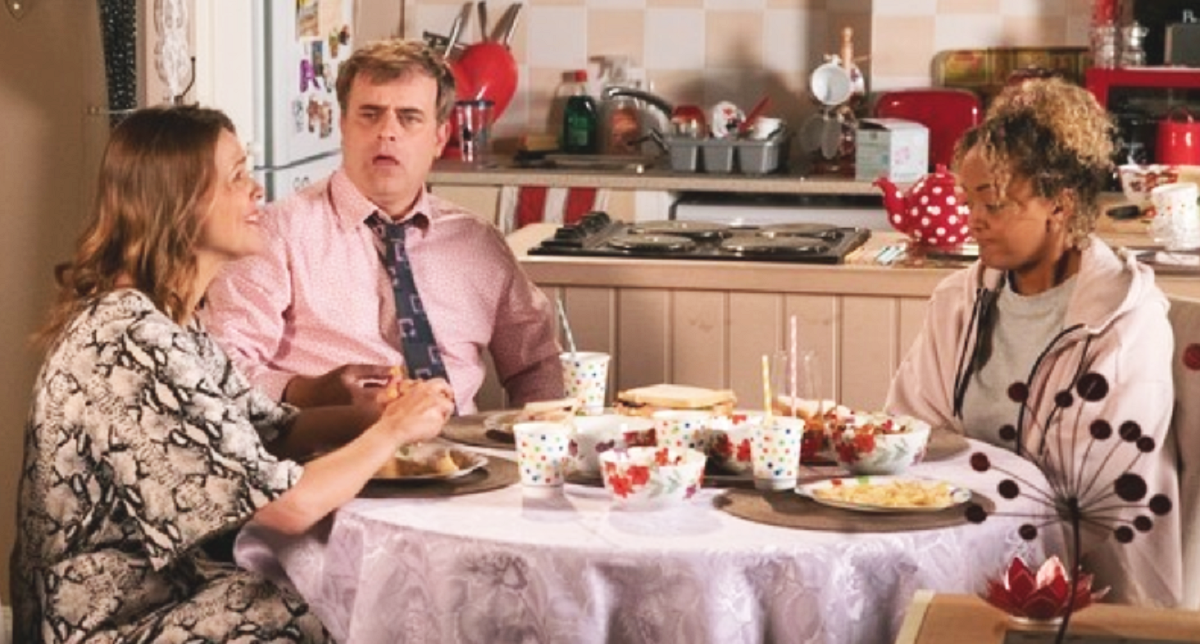 Coronation Street released images on their official website showing a developing bond between Steve McDonald (Simon Gregson) and Emma Brooker (Alexandra Mardell). The two had a falling out and Emma almost left the cobbles after she found out that Steve was her real father.

With Tracy Barlow (Kate Ford) and Amy Barlow’s (Elle Mulvaney) help, Emma has decided to stay to get to know her half-sister. But spoilers tease that the estranged father and daughter will start to grow closer. They share a round of tea and Emma will be with Steve as she scatters the ashes of the man she thought was her father.

Corrie viewers may recall that it all started when the man Emma though was her father for 20 years confessed at his death bed that he wasn’t her real dad.

Soon after, he died and Emma eventually had to accept the harsh truth. However, Audrey Roberts (Sue Nicholls) made a huge discovery after finding a picture of Emma’s mother on her phone.

Audrey takes it to Liz McDonald (Beverly Callard) and they both believed that Steve could be her father. Emma made it clear that she didn’t want to look for her real dad but Liz still told Steve about it. The latter then discovered that he was really Emma’s father while Emma also found out about it later on.

Upset about everything, Emma decided to leave Weatherfield for good. Everyone tried to convince her to stay, but she still jumped in a taxi after bidding farewell to Maria, Gemma, and Chesney.

Tracy and Amy went after her and tried to change her mind. After hearing their pleas, Emma finally decided to stay and accept that she’s now part of a new family.

As Steve takes on a new role as Emma’s father, viewers will see him become a bit protective over her surprise daughter especially when he sees James Bailey (Nathan Graham) flirt with her. Later in the week, Emma reveals that her dad’s last wishes were to have his ashes scattered on Weatherfield County’s ground.

Join @asmardell27 as she watches highlights of Fiona's time on the Street to figure out just how Steve could be Emma's dad!#Corrie #ClassicCorrie #Emma #Steve #Fiona @itv @wearestv pic.twitter.com/q8PCn4lstW

When Steve hears about it, he immediately enlists the help of James and Michael Bailey (Ryan Russell). However, a security guard will stop them. Tune in to find out how they’ll get past the guard.