Days of Our Lives Spoilers: Chloe and Tripp Leave Salem, but Expect Other Big Returns 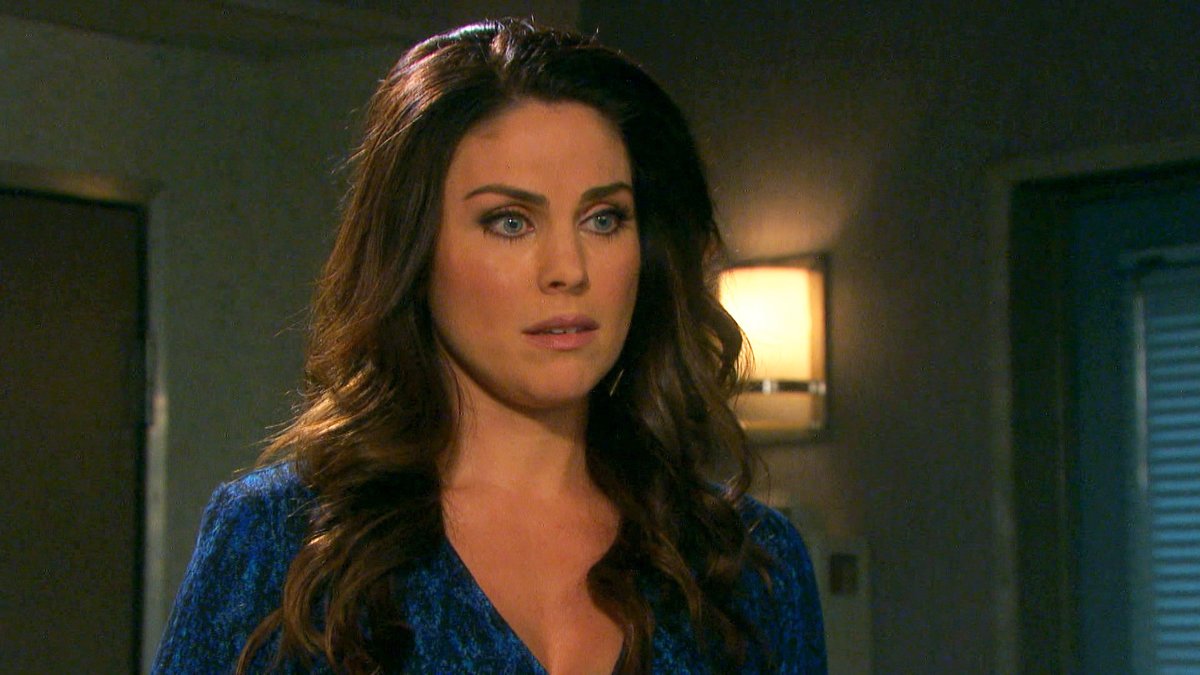 Days of Our Lives spoilers reveal Chloe Lane (Nadia Bjorlin) and Tripp Dalton (Lucas Adams) are leaving Salem. However, the cast size is not dwindling. Expect a lot of big returns in the next few months, including characters that are both loved and feared.

It was recently teased that Chloe Lane would be saying farewell. It is happening sooner than fans realized. In the latest issue of Soap Opera Digest, actress Nadia Bjorlin explained what led to her exit and what viewers can expect. Unlike some of her previous goodbyes, this one won’t be as dramatic.

“Out of nowhere, Chloe’s like, ‘Oh, I’m trying to plan these parties for John (Drake Hogestyn) and Marlena (Deidre Hall) but I have this audition in New York City tomorrow for a season to sing with the opera company.”

Even though Bjorlin doesn’t take being written off personally, she did say out of all her farewell scenes, this one is the “most anticlimactic.”

Days of Our Lives spoilers reveal Bjorlin isn’t the only actor saying goodbye. Lucas Adams is also leaving the NBC soap opera. His character, Tripp Dalton, is just getting a storyline of a possible love triangle with JJ Deveraux (Casey Moss) and Haley Chen (Thia Megia).

However, he will suddenly decide to leave town to attend medical school. The actor knows this is show business, but couldn’t hide his disappointment.

For fans that are wondering how one goes from waiting tables to medical school, the topic of him becoming a doctor one day was discussed with Kayla Johnson (Mary Beth Evans) last year.

Days of Our Lives Spoilers – Other Characters Rumored to Exit

There will be other cast changes, too. Some of these are confirmed exits, while others can only be classified as rumors until it is confirmed by the actors or network. Those include JJ and Haley, who presumably leave Salem together in early 2020.

Stefan DiMera (Brandon Barash) is rumored to be leaving as well. Eve Donovan (Kassie DePaiva) will be exiting at some point, but her final air date has not been revealed yet.

Even though fans worry about main characters leaving, the cast is not decreasing in size. When some go, others return. Expect to see Vivian Alamain (Robin Strasser) and Dr. Rolf (William Utay). Billy Flynn is back on contract to play Chad DiMera. The second half of “Chabby,” Abigail (Kate Mansi) will be recurring. As time goes on, there will be more information on other characters that are coming back.

What characters would you like to see go, and which ones are you hoping to come back?