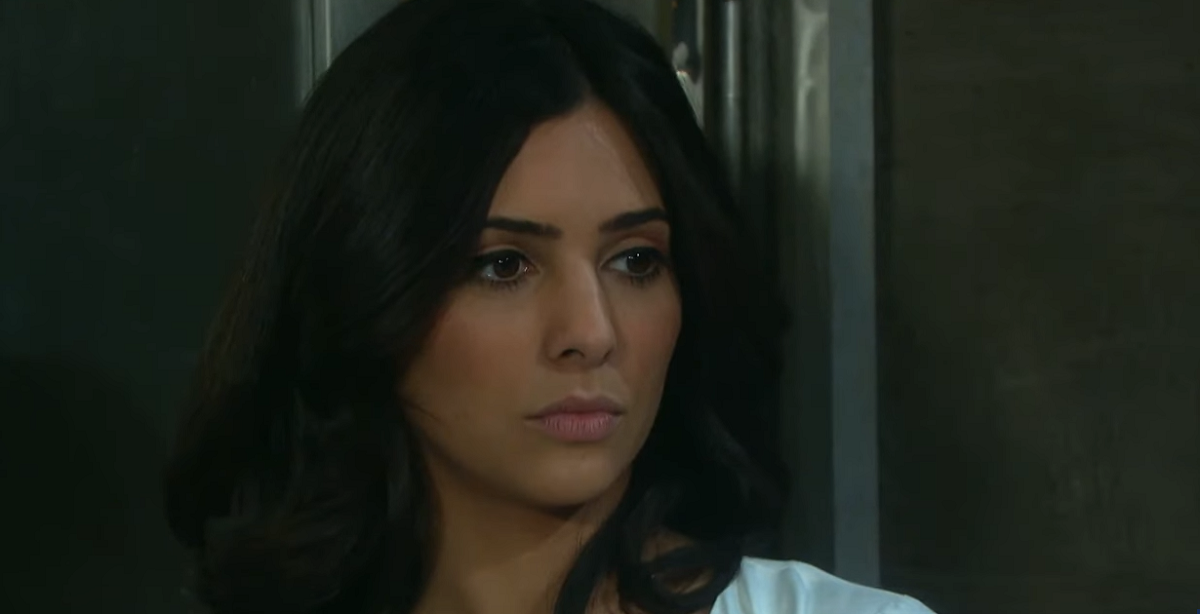 Days of Our Lives (DOOL) spoilers for Wednesday, August 28, tease that Will Horton (Chandler Massey) and Sonny Kiriakis (Freddie Smith) will have questions. They just saw Gabi DiMera (Camila Banus) and Stefan DiMera (Brandon Barash) looking awfully cozy down in the DiMera tunnels. Sonny and Will are sure to have some concerns, but Gabi and Stefan will just be glad to have their freedom.

On Wednesday, DOOL fans can also expect Gabi to make a bold move. She’ll decide to fire Ben Weston (Robert Scott Wilson), so that should throw him for a loop! However, Kate Roberts (Lauren Koslow) will deliver a bombshell of her own a little later. She’ll show up and reveal that she’s decided to accept Mr. Shin’s (Michael Hagawari) offer, which means she’s the new CEO of DiMera Enterprises.

Days of Our Lives Spoilers And Recap: Monday, August 26 – Holly Is Alive; Tony Is Arrested

While Gabi and Stefan seethe, Days of Our Lives spoilers say Eric Brady (Greg Vaughan) will do the same. Once he gets over the shock of the real Nicole Walker (Arianne Zucker) being alive, he’ll march into the interrogation room to confront Kristen DiMera (Stacy Haiduk). Eric will try his best to pry some location info out of Kristen, but she won’t blab without full immunity.

Days of Our Lives spoilers say Eric will be out of luck for now. A deal could be the only way to bring Nicole and Holly Jonas (Harlow and Scarlett Mallory) home, so Eric will just have to hope it pans out. In the meantime, Eric will find Sarah Horton (Linsey Godfrey) and fill her in on the latest developments. Sarah will be floored when she realizes Nicole is alive – and heartbreak should follow.

In the latest #DAYS, Kristen drops a bombshell on Brady!https://t.co/ZsCmioRrzb pic.twitter.com/2mXS2IebEH

This puts Sarah and Eric back in the same old boat. Nicole is Eric’s true love, so how can he not pursue a reunion with her? Of course, Eric and Sarah can get into the details later. The important thing is tracking down Nicole and Holly ASAP, so Eric will turn his attention back to that before long.

Finally, “Days” spoilers say John Black (Drake Hogestyn) and Marlena Evans (Deidre Hall) will finish their celebration at home. Their party didn’t go as planned, but they can still enjoy the final hours of their anniversary – just the two of them acknowledging their love. Marlena and John should love having a tiny break from all the drama!

It sounds like some fantastic scenes are coming up. We’ll give you updates as other “Days” news and rumors emerge. Stick with DOOL and don’t forget to check Soap Opera Spy often for the latest “Days of Our Lives” spoilers, rumors, updates, and news.