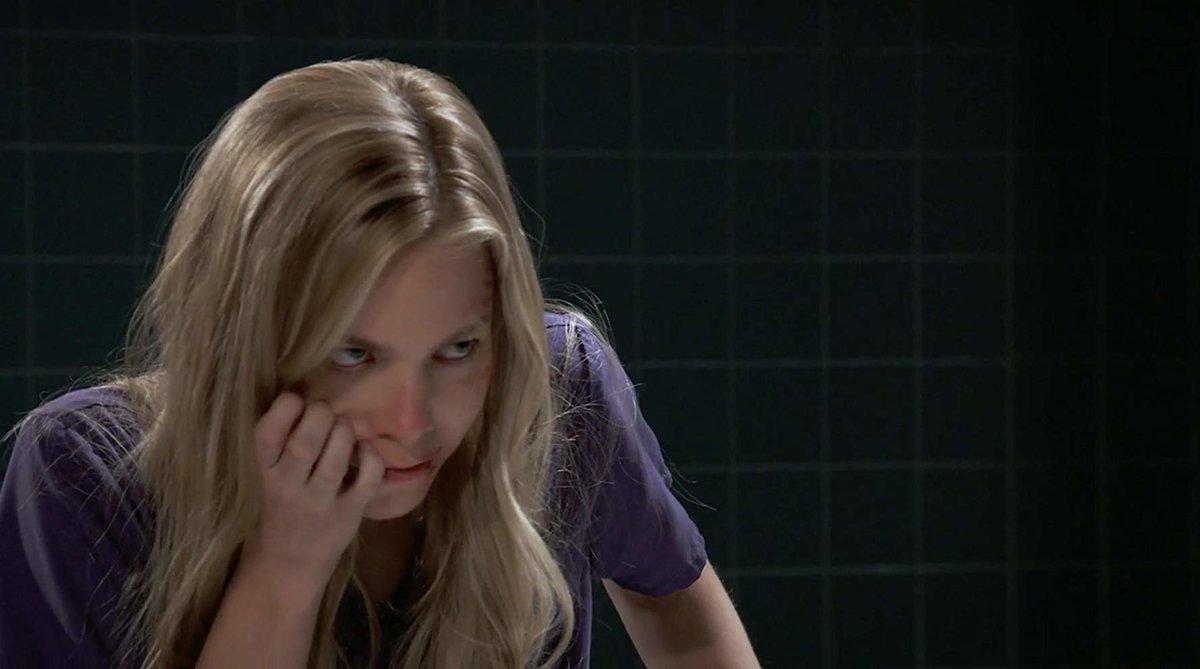 General Hospital spoilers tease that Nelle Benson (Chloe Lanier) and Ryan Chamberlain (Jon Lindstrom) might just outcon a con at his own con when they team up to pull an escape with Shiloh Archer (Coby Ryan McLaughlin)!

Who needs prison phone calls recorded when you’ve got Nosy Nelle at Pentonville? She was nearby eavesdropping and heard all she needed to hear of Shiloh’s side of the phone call with Peter August (Wes Ramsey) to know that Shiloh was blackmailing Peter to get him out of prison!

She was already conning Shiloh when she was trapped with him in the phone room while Pentonville was on lockdown, and Nelle herself may have even triggered the alarm! Since she is on “good behavior” and works the laundry room she can go all over the prison collecting dirty laundry – and information! She knew exactly who Shiloh is and what he is after because she’s cellmates with Lorraine Miller, formerly known as “Harmony” (Inga Cadranel) who told her all about Shiloh!

She knew about the Dawn of Day book but she wasn’t studying it in the library since Lorraine gave Ryan the only copy at his request several weeks ago and she and Ryan have been studying together! Nelle was already playing up to Shiloh, and playing Shiloh as a potential new follower!

General Hospital Rumors: Franco Decides To Keep Drew’s Memories After Researching His Own Past

Of course they couldn’t have known in advance that Shiloh would wind up in Pentonville this quickly but thanks to Willow Tait (Katelyn MacMullen) visiting her mom now and then Lorraine would know what is going on with Shiloh’s case and talking to her “friend” Nelle about it. Even prisons have at least current newspapers available if not televisions, so Ryan and Nelle would know to be expecting Shiloh because the Franco Baldwin (Roger Howarth) situation is all over the news, and Shiloh and Dr. Arthur Cabot’s (Time Winters) part in it as well!

“Mad Scientist Conspires With Cult Leader To Recover Stolen Money Via Memory Transfer Of Navy Seal’s Memories To Former Serial Killer” is definitely the kind of headline that will sell papers! Maybe Peter even put that in “The Invader” and distributes copies to the prison library! Shiloh and his attention seeking, controlling, narcissistic, conniving personality cannot resist a new follower – make that worshipper – so Ryan and Nelle will study that DOD book well enough to fool even Shiloh!

Now that they know Shiloh’s got Peter working on getting him out of Pentonville, all they have to do is play the part of Dawn of Day disciples to get Shiloh to get THEM out when he leaves! And with Nelle having Harmony as a talkative cellmate and Ryan having the Dawn of Day book, that should be pretty easy! Shiloh will be overjoyed to have two readymade brand new disciples to help him start a new and improved Dawn of Day cult! He’ll be stupid enough to think they can all get their charges dropped and two loyal followers to boot!