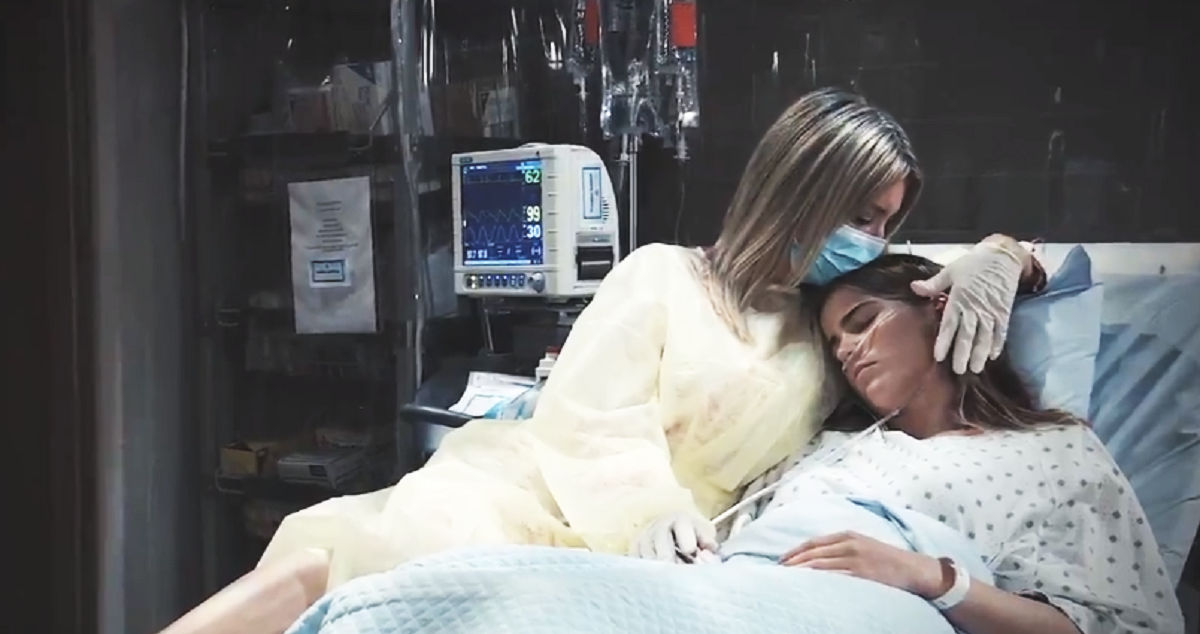 General Hospital spoilers tease that Nina Reeves (Cynthia Watros) will be overwhelmed when she realizes that Sasha Gilmore (Sofia Mattsson) could die from the mysterious illness that she contracted after Cassandra Pierce (Jessica Tuck) inoculated her grapefruit while she and Michael Corinthos (Chad Duell) were on their island getaway.

The illness was found to be Avian Influenza, or bird flu, which is rarely contracted by humans. Usually only people who care for birds suffering from the bird flu and who don’t practice proper personal hygiene contract it. And by the time Dr. Hamilton Finn (Michael Easton) found out what they were dealing with, Sasha was far into the process of being possibly killed by the virus.

Bird flu can be deadly. According to Web MD, over 60 per cent of people who contract it wind up dying from it, and those are not good odds at all for Sasha. H5N1 is the most deadly strain of avian influenza and it is highly pathogenic. As of 2011, the disease was well established in six nations: Bangladesh, China, Egypt, India, Indonesia, and Vietnam.

General Hospital Spoilers – Cassandra Pierce Must Have A Wide Reach

Cassandra apparently has a wide reach in which she can obtain deadly weapons of germ warfare. However, a laboratory in the Netherlands, experimenting with the virus, created an airborne version that can be spread just like other flu viruses, which is probably why Finn has been concerned with it going pandemic.

Standard flu treatments such as Tamiflu have been tried on human cases of bird flu, with varying results. It all depends on the strain of the flu and how advanced the illness has become in the patient. Undoubtedly Finn started with standard flu treatments and then seeing that they weren’t producing improvement in Sasha, had ordered the other tests to be done to try and isolate exactly what they were dealing with.

Finn may have to try to develop a treatment that will work, but Nina will fear that there won’t be time before Sasha dies! Nina was livid when she received that text from Cassandra with the selfie and knew Cassandra was the one responsible. She wanted to kill her for what she did to Sasha, and Valentin Cassadine (James Patrick Stuart) assured Nina that he would handle any actions taken against Cassandra.

General Hospital Spoilers – Does Valentin Cassadine Have Any Leverage?

Valentin wants to kill Cassandra too, but that won’t help Sasha. He may muse that if Sasha were to die, it would solve some problems for him not having to worry if Sasha were to have a fit of conscience and reveal their secret and his part in it.

But for Nina, having a fake daughter that she has bonded with and Sasha bonding with Nina like they really were mother and daughter as well, and then Sasha dying, may be worse than never having had a fake long-lost daughter at all.

So Valentin may try to leverage Cassandra into a cure for the virus. If wherever she got it from and it was a mutated created virus, there must be a created cure for it that he may be able to get quicker than Finn can try to invent one!Stay tuned to General Hospital and keep checking General Hospital spoilers frequently for all the latest news, updates and developments!