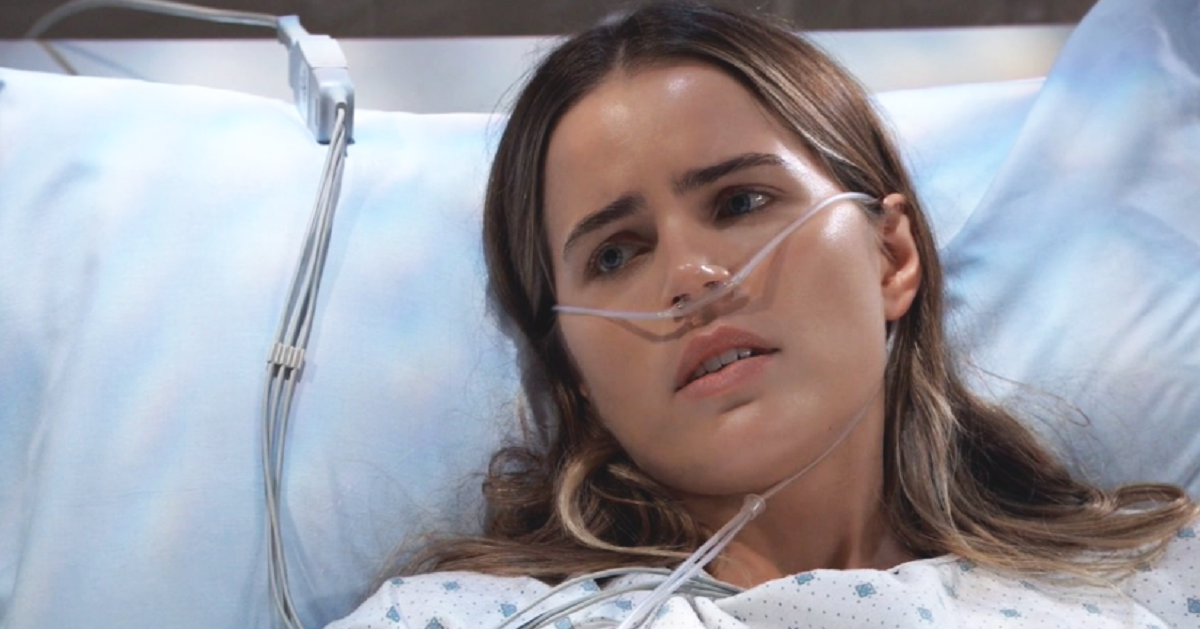 On General Hospital, Sasha Gilmore’s (Sofia Mattsson) medical condition will turn for the worse. Doctors still have no clue how to treat the virus after she ate the grapefruit that contained a mysterious substance.

As her life hangs in the balance, Sasha asks Hamilton Finn (Michael Easton) what her chances are for recovery, to which he answered: “Well, we’re in unfamiliar territory.”

Meanwhile, Nina Reeves (Cynthia Watros) is devastated after discovering that she could lose her daughter. “My daughter could be dying!” she tells Jasper “Jax” Jacks (Ingo Rademacher).

Sasha caught her mysterious illness when she took a trip to Puerto Rico with Michael Corinthos (Chad Duell). They met a woman there named Sandy. They took a picture with her and joined her for breakfast. What they didn’t know was that Sandy was actually Cassandra Pierce (Jessica Tuck). Before they arrived, she had already injected an unknown substance into the grapefruit, which Sasha ate.

Viewers know that Sasha isn’t Nina’s real daughter, who was taken from her at birth. It was all a lie cooked up by Valentin Cassadine (James Patrick Stuart) and Sasha. Will Sasha confess before she dies? Or will she survive and do what’s right – tell Nina the truth?

Nina will also pipe up about why Cassandra targeted Sasha. She’ll reveal that it is all because Sasha is her daughter. However, Nina remains none the wiser. She will continue to remain in the dark about Valentin and Sasha’s horrible secret.

General Hospital Spoilers – Valentin Cassadine Will Plot His Own Revenge

Lisel Obrecht (Kathleen Gati) knows the truth and will warn Valentin that Nina will break down if she loses Sasha, who she thinks is her real daughter. Viewers may recall that Nina put Cassandra in a coma to stop her from blackmailing Valentin. Now, Cassandra is out for revenge, and it seems Sasha will be the one who will pay the price.

Nina will continue to worry about her daughter’s condition. If Sasha dies, she’ll promise to show Cassandra how angry she really is. She will vow to kill her for what she’s done.

General Hospital Spoilers: When Is Spinelli Heading Back To Port Charles? @celebratesoaps https://t.co/XuWhDnPlIE

Of course, Valentin will be there to protect Nina. He won’t let her do anything stupid. She’ll tell her to leave her revenge plan to him, and he’ll take care of Cassandra. With Sasha’s secret on the verge of being exposed, he might as well decide to get rid of Cassandra for good.

We’ll keep you posted as other GH details emerge. Stay tuned to the ABC soap and don’t forget to check Hollywood Hiccups often for the latest General Hospital spoilers, updates and news.