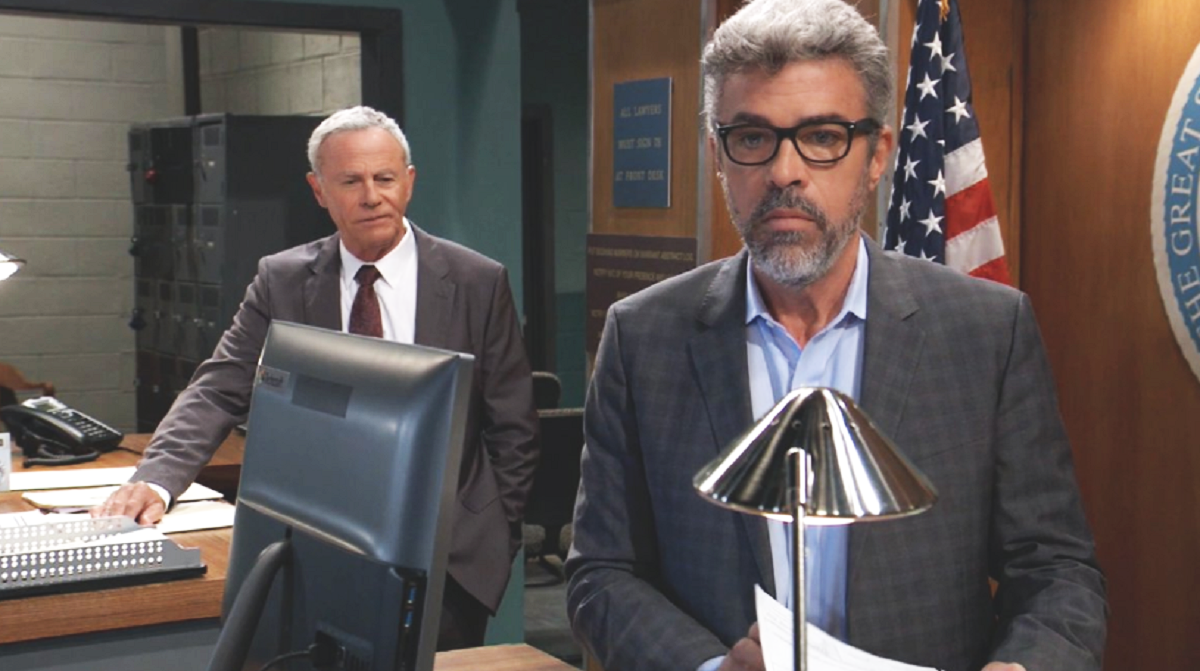 Robert and Mac enjoy working together. Mac asks Robert what he likes more pouring Margaritas or police work. Jordan informs everyone she has been cleared to go back to work. Jordan offers Mac the chief of detectives job.

Monica Quartermaine (Leslie Charleston) tells Jasper Jacks (Ingo Rademacher) that everyone at Aurora has to be tested and given antivirals. Jax asks Monica what Sasha’s prognosis is, she doesn’t know. Monica tells Jax that Sasha was made sick on purpose. Jason approaches Monica and they discuss Franco. GH spoilers stat that Monica is afraid Franco is going to leave town and wants Jason to help prevent that from happening. Monica wants to know what Drew was like as a child. Jason tells Monica that Drew has known about him since high school. Monica needs Drew to know that she didn’t know about him until now.

Charlotte Cassadine (Scarlett Fernandez) talks to Valentin Cassadine (James Patrick Stuart) on the phone about the game. Valentin thanks Lulu Falconeri (Emme Rylan) for taking care of Charlotte. Nina and Valentin talk about protecting their family. Valentin promises to take care of Cassandra. Charlotte asks Lulu when she can go home. Lulu tells Charlotte that Valentin and Nina have to take care of Sasha. Jax approaches Nina and claims to be her friend.

Nina wants information on Cassandra if Jax has it. Jax claims to know nothing and Nina doesn’t need friends like him. Valentin text Curtis, he needs to see him. Valentin wants Curtis to find Cassandra before the WSB. Jax overhears the exchange. Sonny later approaches Nina and offers to help. Sonny believes there is more to this between Valentin and Cassandra. Meanwhile, Rocco Falconeri (O’Neill Monahan) meets Dustin Phillips (Mark Lawson) who offers him some pointers.

General Hospital’s Jason Morgan (Steve Burton) speaks to Cameron Webber (William Lipton) and asks if he is waiting on Liz Baldwin (Rebecca Herbst). Cameron wants to speak to Franco Baldwin’s (Roger Howarth) doctors. Jason suggests that they discuss Franco’s situation with Monica. Cameron asks Jason if he knows what Franco is going through. Jason explains to Cameron that it took a year for him and the Quartermaine’s to make peace.

Franco wants to speak to Liz. Franco wants Liz to tell him about the man he used to be. Liz invites Franco in and welcomes him home. Liz offers Franco food and he refuses. Franco insists Liz call him Drew. Franco and Liz discuss Liesl Obrecht’s visit. Franco questions why anyone would want to be around a killer. Liz wants to contact Andre Maddox to reverse the procedure. Cameron goes home and finds Franco there. Cameron assumes Franco is home to stay. Franco wants to take things slow and begins to leave. Cameron stops him.