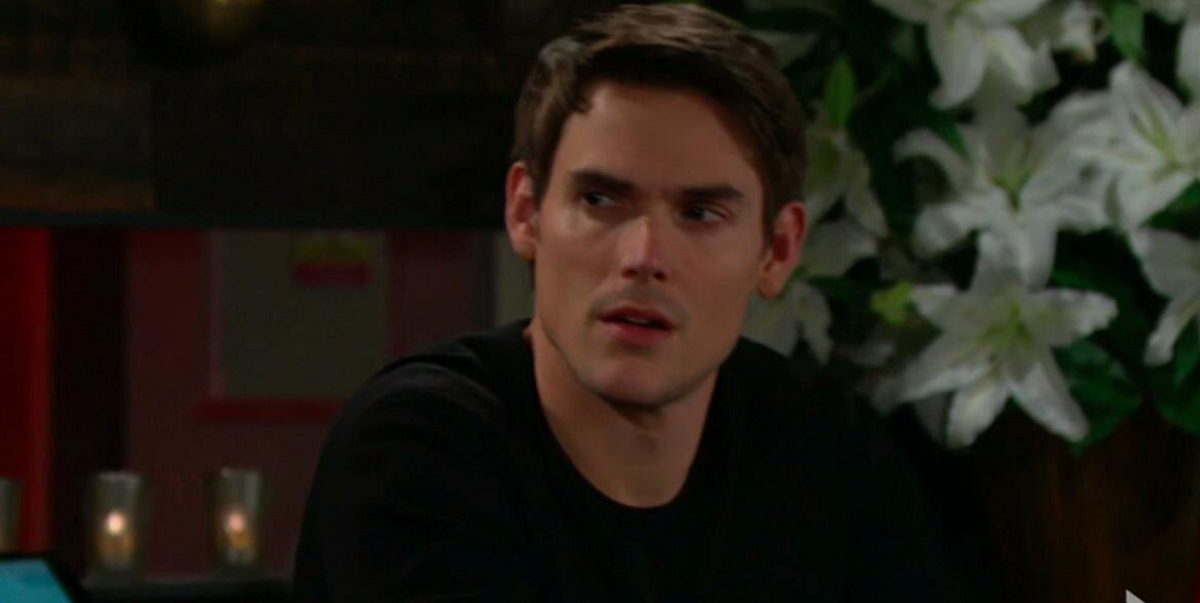 The Young and the Restless (Y&R) spoilers for Thursday, August 29, tease that Kyle Abbott (Michael Mealor) and Lola Abbott (Sasha Calle) will face some bad luck. At home, Kyle’s pleased with himself for installing a new air conditioning unit. Unfortunately, the power goes out soon after. Once it’s fixed, Lola realizes the fridge isn’t working. The newlyweds have quite a day, but things settle down in time for Celeste Rosales’ (Eva LaRue) goodbye dinner.

Rey Rosales (Jordi Vilasuso) is also on hand for this special occasion. Kyle praises the Rosales family as one that’s full of life; he’s happy they’ll welcome their children into it. Celeste wonders if that means Lola and Kyle have something to reveal, but they promise there’s no baby news. Rey supports their decision to wait on having kids.

Talk turns to Arturo Rosales (Jason Canela), Mia Rosales (Noemi Gonzalez) and their bun in the oven. Rey’s pleased for them and intends to welcome the new Rosales. Celeste hints that Rey could still find happiness with Sharon Newman (Sharon Case) and Lola’s on board with the idea. She thinks Rey should give Sharon another chance, but Kyle helps Rey out by proposing a toast.

Y&R Spoilers– Celeste Leaves GC, But She’ll Be Back

A little later, Lola embraces her mom and bids her farewell. Celeste makes it clear she won’t be reuniting with Adrian Rosales (Jay Montalvo) again. Across town, Adam Newman (Mark Grossman) arrives at the Chancellor mansion on a mission to confront Kevin Fisher (Greg Rikaart). Adam is confused over the text and insists he wouldn’t play mind games with him like that. There’s too much at stake.

Kevin contends that Chloe Mitchell (Elizabeth Hendrickson) is innocent as well. He pushes Adam to leave, so Adam does after giving Kevin a warning. That leaves Kevin to grill Chloe and make sure he’s right. Chloe confirms she wasn’t behind the text, but she thinks she knows who is. She points the finger at Billy Abbott (Jason Thompson) and feels he may try to hurt Adam.

Kevin isn’t keen on getting involved, but Chloe feels the must. She thinks Kevin should go keep Billy safe since it’s what Delia Abbott (Sophie Pollono) would want. At Crimson Lights, Billy lies to Victoria Newman (Amelia Heinle) about a California business trip he can’t get out of. He feels it’ll change everything if it goes according to plan and doesn’t think Adam will bother anyone while he’s gone.

Young And The Restless Spoilers–Chloe’s Worried About Billy

Once Victoria’s alone, Kevin arrives to grill her about Billy. They discuss the rough time Billy’s had since Adam returned before Victoria mentions the business trip. After Kevin exits, Victoria phones Jack Abbott (Peter Bergman) and learns there’s no trip at all.

At Society, Adam hints that maybe Mariah Copeland (Camryn Grimes) sent the mystery text. He points out that Mariah’s not above pretending to be a ghost. Mariah snaps that she doesn’t have Adam’s number and doesn’t want it. Once Sharon appears, she explains the marriage proposal situation and lets Mariah know she slept with Adam. Mariah rants before they shift the topic to Rey. Sharon confesses that if a do-over were an option, she’d reunite with Rey.

Back with Adam, he approaches Victoria at the coffeehouse. Adam mentions how Billy accused him of planting Delia’s doll in his bed. Victoria downplays the drama and pushes Adam to leave them alone. Once Adam heads out, Victoria sends Billy an urgent message. She doesn’t want him to do whatever he’s planning.

Meanwhile, Billy dons black gloves as he chews gum. He enters his car and takes a picture of the handkerchief he stole. Adam receives it at the penthouse and heads over to the curve on route 7. He wants the text sender to show himself, but Billy nearly plows him down in his vehicle.

Thankfully, Chloe shows up and shoves Adam out of the way. As for Billy, he’s left swerving and braking as he tries to avoid Chloe. “The Young and the Restless” spoilers say another exciting episode’s coming up. We’ll give you updates as other Y&R details and rumors emerge. Stay tuned to see what’s next in Genoa City.

The Young And The Restless Spoilers: Victor Ready For Fight – Ashland’s Plan…