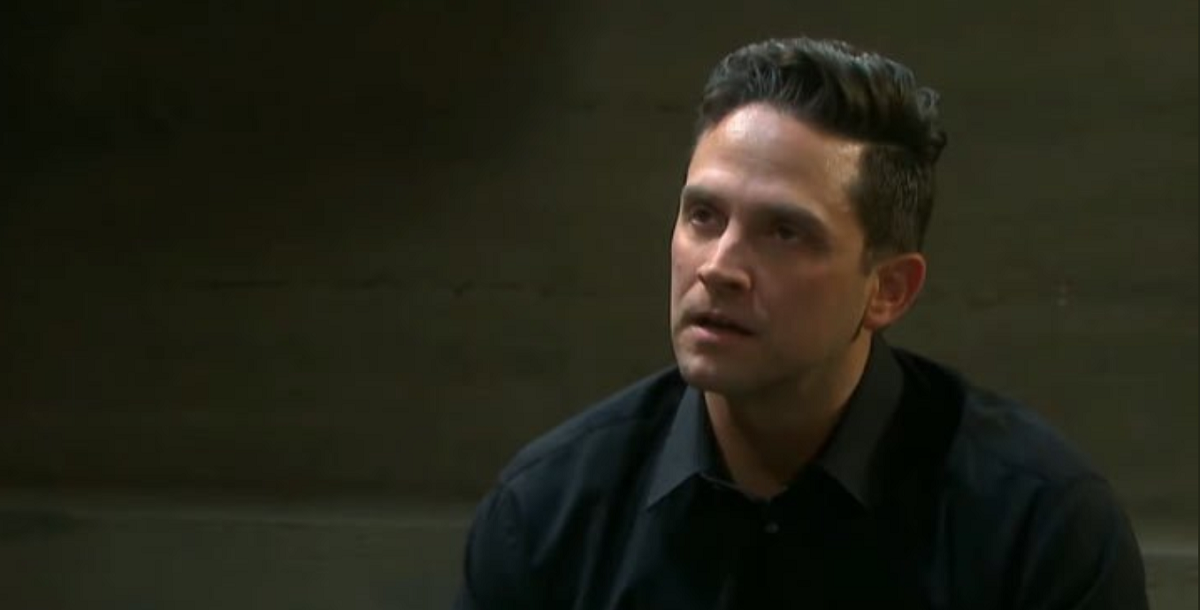 Days of Our Lives (DOOL) spoilers for Friday, August 30, tease that Stefan DiMera (Brandon Barash) and Gabi DiMera (Camila Banus) will fume over their new roommate. Kate Roberts (Lauren Koslow) recently accepted the CEO position at DiMera Enterprises, which means she’ll be moving in the mansion. That obviously won’t be OK with Gabi and Stefan, but they’ll just have to put up with Kate for now.

Over with Eric Brady (Greg Vaughan), he’ll need to have another crucial conversation with Sarah Horton (Linsey Godfrey). Days spoilers say Eric will admit a deal’s underway with Kristen DiMera (Stacy Haiduk). He’ll be hopeful about tracking Nicole Walker (Arianne Zucker) and Holly Jonas (Harlow and Scarlett Mallory) down, but he still won’t know anything for certain.

DOOL Spoilers– Sarah And Eric Worry About Their Future

That’ll leave Sarah and Eric in a weird place, but they’ll both know what Nicole’s survival would mean for their relationship. As much as Eric cares about Sarah, she can’t compete with the love of his life. After Eric’s heart-to-heart with Sarah, he’ll meet back up with Jack Deveraux (Matthew Ashford) and Jennifer Horton (Melissa Reeves). They’ll have a lead on Holly and Nicole’s location thanks to Kristen.

Days of Our Lives spoilers say the rescue crew will head to Chicago. It turns out Nicole and Holly are somewhere else, but Eric and the others will still make some surprising discoveries and gather some clues. In the meantime, DOOL fans can expect a sweet discussion for Eli Grant (Lamon Archey), Lani Price (Sal Stowers) and Julie Williams (Susan Seaforth Hayes). They’ll come together for a bonding session in Friday’s episode, but things will take a shocking turn for Julie later.

In the latest #DAYS, Kristen drops a bombshell on Brady!https://t.co/ZsCmioRrzb pic.twitter.com/2mXS2IebEH

Days Of Our Lives Spoilers– Julie Faces A Health Crisis

In the park, Days of Our Lives spoilers state that Julie will face a heart issue. This medical crisis will lead to Julie’s sudden collapse, so she’ll definitely be in a dire situation. Gabi will find Julie in distress by the time Monday hits, but she’ll refuse to help her enemy at all!

It sounds like some great drama’s ahead in Salem. We’ll give you updates as other “Days” news and rumors emerge. Stay tuned to DOOL and don’t forget to check Hollywood Hiccups often for the latest Days of Our Lives spoilers, rumors, updates, and news.