Days of Our Lives Spoilers: When Will Stephen Nichols Return – And Will Steve Still Have His Trademark Eye Patch? 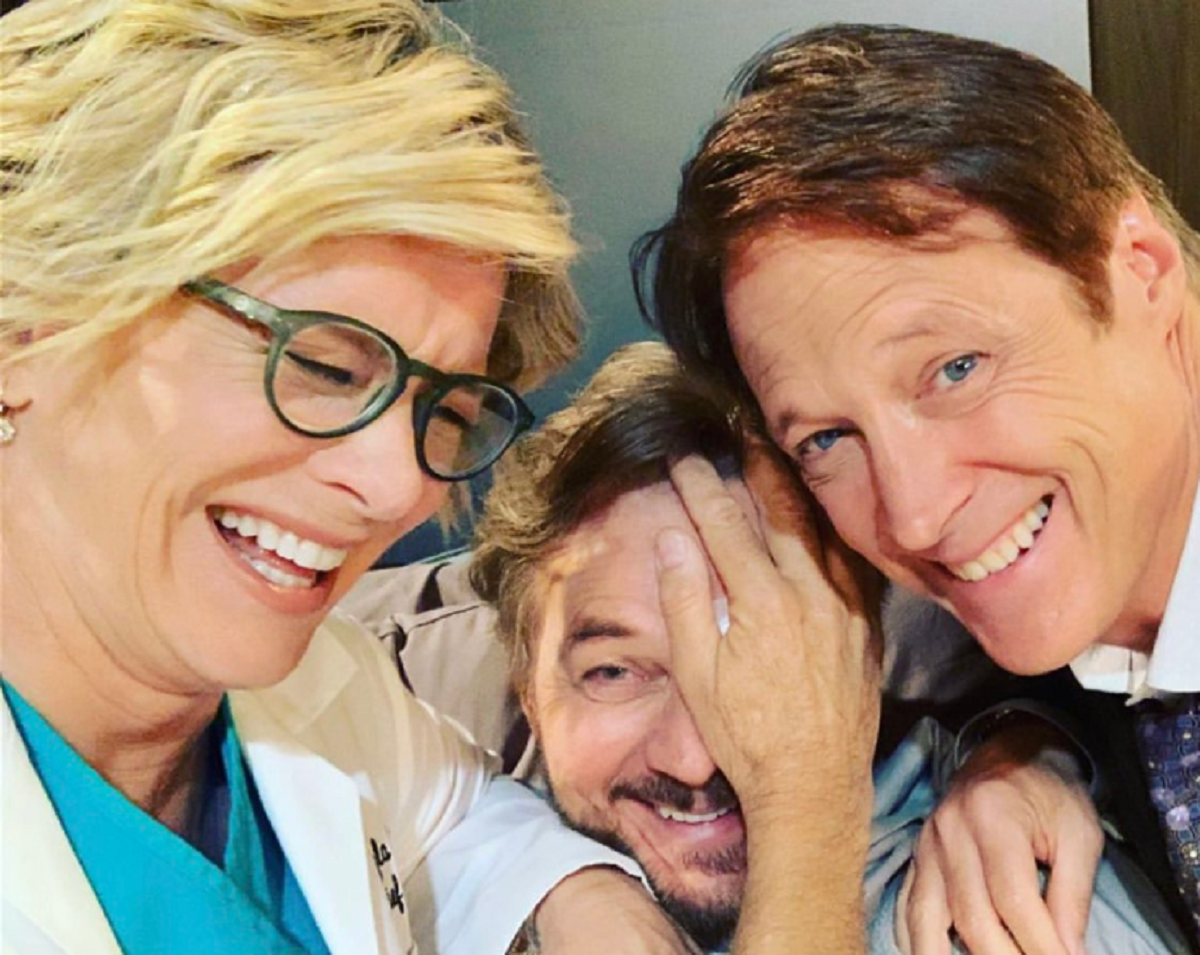 Days of Our Lives spoilers reveal Stephen Nichols is returning to reprise the role of Steve “Patch” Johnson. Digging into set photos and social media posts adds some additional information.

It turns out he will have a bandage over his eye instead of his eye patch. There is also speculation that “Stayla” might divorce.

Actor Stephen Nichols is already filming episodes on set. He is expected to make his first reappearance on television screens sometime in November. He has been gone for several months. What will happen when he comes back and reunites with Kayla Johnson (Mary Beth Evans)?

Days Of Our Lives Spoilers: Ben And Ciara Come To Julie’s Aid After She Collapses– Will She Survive?

Days Of Our Lives Spoilers – Will Patch Johnson Be Going Undercover?

Days of Our Lives spoilers tease there might be something going on with Steve. In a set photo, he was seen without his trademark black patch. Instead, he had a plain white bandage over his eye. Some fans are speculating that it might be part of him going undercover.

Days of Our Lives spoilers suggest there will be chaos and drama with “Stayla.” A photo of Kayla shows the character wearing her white doctor’s jacket.

However, the stitching name label no longer says Dr. Kayla Johnson. Instead, it reads Dr. Kayla Brady. This indicates that at some point, they get a divorce and Kayla changes her name.

It was mentioned in a recent episode that Kayla wondered where Steve was and when he was coming home. She suggested that he might be having an affair. Of course, fans thought that was ridiculous. However, something happens that breaks the two up.

It is difficult to say what is going to happen with Steve and Kayla on DOOL. Fans were so passionate about “Stayla” reuniting. That is one of the first things head writer Ron Carlivati did when he came on board: he got “Stayla” back together.

Now it appears that they will be ripped apart again. Is there any hope for Steve and Kayla, or is it really the end of a relationship viewers have been fans of for decades? Stay tuned to Days of Our Lives and check Days of Our Lives spoilers frequently for all the latest news, updates and developments!