The Bold and the Beautiful Poll: Who Deserves Forgiveness On B&B? Vote Now! 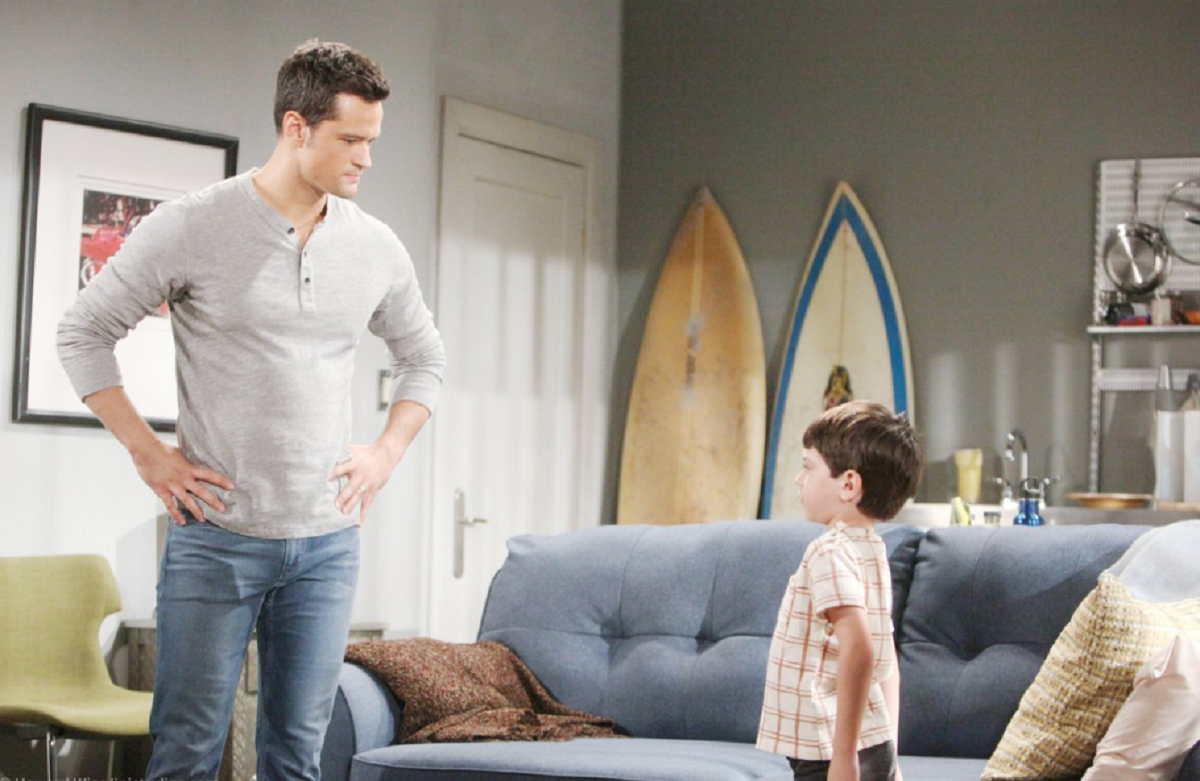 There are many sympathetic characters on The Bold and the Beautiful, though the count of those fictional personalities will vary widely based upon opinion.

Elsewhere, Reese Buckingham (Wayne Brady) is in prison because, in his mind, he was trying to protect his daughter, Zoe Buckingham (Kiara Barnes). Xander Avant (Adain Bradley), like his girlfriend, Zoe, is out of a job, because he was intimidated into remaining silent about the baby steal and conceal.

Another name must be mentioned as deserving of sympathy, the departed Emma Barber (Nia Sioux).

Meanwhile, Steffy Forrester (Jacqueline MacInnes Wood) continues to deal with the loss of Beth Spencer (Madeline Valdez and River Davidson), who she adopted from her supposed mother, the now-jailed Flo Fulton (Katrina Bowden). Taylor Hayes (Hunter Tylo) was totally taken in by Reese, which enabled her payment of a quarter-million dollars for the girl who came to be known as Phoebe Forrester.

And then, there’s Douglas Forrester (Henry Joseph Samiri), who lost his mother, Caroline Spencer (Linsey Godfrey), and was treated terribly by his father, who also might die.

Thomas has long been suffering from mental health issues that affect his ability to deal with reality. The terrible acts he committed against his brother, Rick Forrester (as most recently played by Jacob Young), confirm that Thomas wasn’t in control of what he was doing in the past.

Clearly, his pronounced instability was never properly treated, or he slipped back due to not caring for himself. With whatever is true, certain professionals in the field of psychology, like his mother, Taylor Hayes (Hunter Tylo), would assert that treatment is needed, along with compassion.

‘Bridge’ has been thrust into a fierce battle. Ridge has no sympathy for his wife, who he believes acted with vengeful intent against his son.

Brooke is torn apart because she was fueled by parental instinct in protecting Hope Forrester (Annika Noelle), who appeared to be endangered by Thomas. Ridge is seething with contempt for his multiple time wife, as he knows her true feelings for Thomas.

Emma was tailgated off Mulholland Drive by Thomas and died as a result. While Xander didn’t have definitive proof of that crime, the circumstantial evidence he provided to Detective Alex Sanchez (Jeremy Ray Valdez) served to reopen the investigation. That provides some hope for Justin Barber (Aaron Spears) and his family that justice will be achieved.

The Bold and the Beautiful Spoilers: Ridge Turns On Brooke After Thomas’ Accident https://t.co/yrBHO9yhnF pic.twitter.com/ufUyA5eY2x

Wood’s character has been seen in about a week. Steffy has been dealing with the intensity of the loss she’s suffered during that time. Now, her brother lies near death as well.

Shauna Fulton (Denise Richards) is desperate to get her daughter out on bail. Flo doesn’t want to be released, as she feels she deserves whatever punishment awaits her. She’s also down because the revived love of her life, Wyatt Spencer (Darin Brooks), feels his trust, which he often cites as highly important, was totally betrayed.

Finally, there’s Douglas. This poor soul lost his mother due to circumstances that may need to be revisited. His single-parent father used him as an emotional pawn to engineer a marriage to Hope. If Thomas dies, Douglas will be an orphan. If his dad lives, there’s no way to know if Thomas will be able to achieve long-term mental stability.

Fans of The Bold and the Beautiful rightfully express their opinions on a regular basis. So, among all characters, who deserves the most sympathy on B&B right now? Please vote in our poll below!