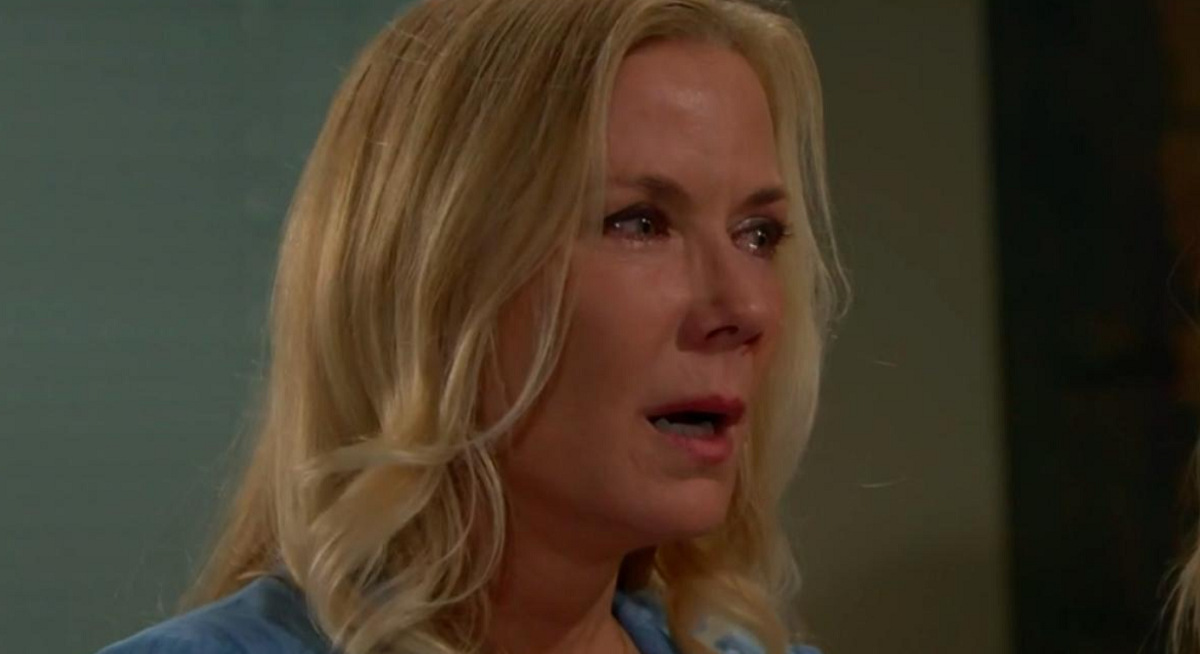 The Bold and the Beautiful (B&B) spoilers for Friday, August 30, tease that Detective Alex Sanchez (Jeremy Ray Valdez) will have some tough questions for Brooke Forrester (Katherine Kelly Lang), Ridge Forrester (Thorsten Kaye), and Hope Logan (Annika Noelle). As B&B viewers know, Detective Sanchez has just remarked that it seems that Brooke, Ridge, and Hope are trying to keep something secret. He’s just asked a couple of pointed questions, but already he’s getting the impression that something terrible happened on the cliff before Thomas Forrester’s (Matthew Atkinson) fall.

Of course, Detective Sanchez is now well-aware of the animosity between Hope and Thomas, and between Brooke and Thomas. As B&B viewers will remember, Detective Sanchez visited Brooke and Ridge at their mansion not too long ago when he was trying to locate Thomas to question him about Emma Barber’s (Nia Sioux) fatal car accident. Brooke was more than forthcoming about her hostility toward Thomas and mentioned several times how dangerous Thomas was.

Detective Sanchez also just talked with Flo Fulton (Katrina Bowden), who filled him in about how Thomas was making threats against her life if she told the secret about Beth Spencer (River Davidson and Madeline Valdez). He’s certainly getting the picture that Thomas was a dangerous guy…just the kind of guy that someone who really cared about Hope might want to stop any way they can.

The Bold and the Beautiful Poll: Who Deserves Forgiveness On B&B? Vote Now!

According to B&B spoilers, Detective Sanchez will proceed to grill Brooke and Ridge about what happened. He’ll likely be looking for any discrepancies in their stories, and he’ll be particularly interested in knowing what was going through Brooke’s mind at the time when she pushed Thomas back and away from Hope. Of course, Brooke will probably maintain her story that she truly believed that Hope was in imminent danger and she needed to push Thomas off of Hope.

Brooke will most likely be adamant that she was simply trying to get Thomas to back off, not to push him over the cliff. But that could be difficult to explain as Detective Sanchez interrogates her. And what will Ridge ultimately say? Will he step in and defend his wife, or will he say that he thinks Brooke intentionally pushed Thomas off of the cliff?

The Bold And The Beautiful Spoilers: Bridge In Trouble – Ridge Hooks Up With Another Woman @celebratesoaps #bb #boldandbeautifulhttps://t.co/kkfzsXK7rd

Next, on Friday’s new episode of B&B, the Forrester, Spencer, and Logan families will await word of how Thomas is doing. Everyone is still trying to wrap their heads around everything that Thomas did to the family when he withheld the fact that Beth was alive and manipulated Hope and his own son Douglas Forrester (Henry Joseph Samiri). And now, to have Thomas barely clinging to life will seem just surreal.

Chances are, talk with turn to Douglas and how to tell him about his father’s accident. In addition, they’ll probably wonder about what’s going to happen to Douglas going forward, as Thomas won’t be in any shape to care for him for a while. Given how Thomas manipulated Douglas and the way he treated him, we could be looking at a situation in which Hope offers to care for Douglas for a while.