The Young And The Restless Poll: Which Newman Brother Will Capture Chelsea’s Heart? Vote Now! 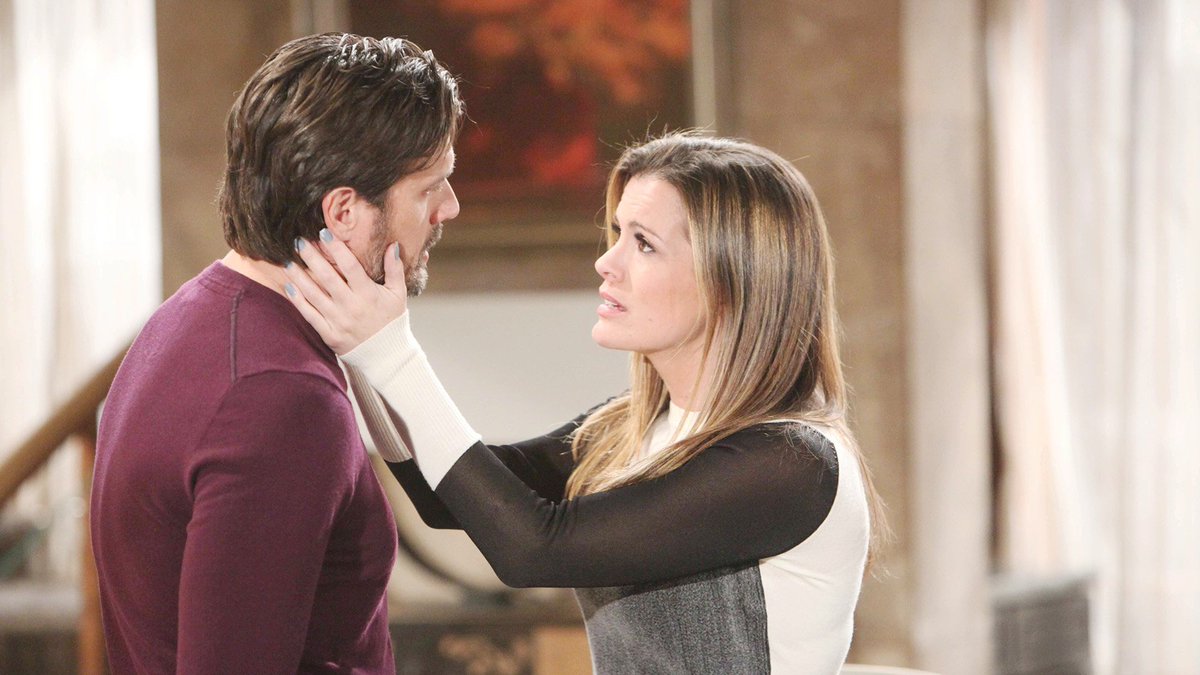 Adam Newman (Mark Grossman) thought that Chelsea would naturally be thrilled to learn he survived the cabin blast. After his memory returned, Adam fully expected ‘Chadam’ to reunite. That didn’t happen.

While the widow Boudreau wants Connor Newman (Judah Mackey) to continue bonding with his dad and she has sympathy for Adam, Chelsea has reconnected with Nick Newman (Joshua Morrow). So, it currently appears that ‘Chick’ will be the couple that reforms.

There’s no doubt that Chelsea and Adam had chemistry. Egan’s character has been telling Adam that she knows he’s not totally mean and simply is acting out. She also hit home when saying that what he’s really seeking is love and by showing him Hope Wilson’s (Signy Coleman) handkerchief.

Chelsea’s analysis of Adam’s response after dropping the Christian Newman (Alex Wilson) custody case was spot on. She didn’t get him to admit it, but his silence was proof enough.

Adam has surrendered his claim for full custody but is depressed at not being able to forge a relationship with his second-born son.

History often pulls hard in daytime where relationships are concerned. But Chelsea appears to have her feelings in check, or behind her where Adam is concerned. She believes that Nick represents a greater chance for stability.

Nick is safe. He isn’t obsessed with money and power. Nick also is a good father figure, which is important considering that Connor is of elementary school age and can benefit from consistent male guidance.

Safe could be seen as boring. But Chelsea isn’t interested in living the con lady’s life now that she’s returned to Genoa City, Wisconsin.

Logically, Nick is the best choice. Along with that, Chelsea ran off on him in 2018 and can right that wrong by choosing to be with him now. Yes, all of the plot points in this section check every box. But romance shouldn’t be steeped in an advanced calculation, right?

Days of Our Lives #DOOL Spoilers: The Old Jack Deveraux Is Resurfacing -Will Jennifer Give Him a Chance? @celebratesoaps https://t.co/63ryuEpD6D

With the kids back in school, cooler winds will soon be felt full-time. While Chelsea is living with Nick right now, the increasing thaw that’s being seen between her and Adam can’t be denied and surely provides the potential for a reboot of ‘Chadam’ at any time. But it likely won’t take until Christmas for Chelsea to make her choice.

Nick has reformed his life and just wants to be a good father. Adam has begun pulling back from battle, but is so unpredictable and always holds a number of cards back as he’s playing multi-leveled games with many people.

Unless a new man comes into her life, Chelsea seems bound to end up with one of the Newman brothers.  Fans of The Young and the Restless rightfully express their opinions on a regular basis. So, who will Chelsea be with this fall? Please vote in our poll below!