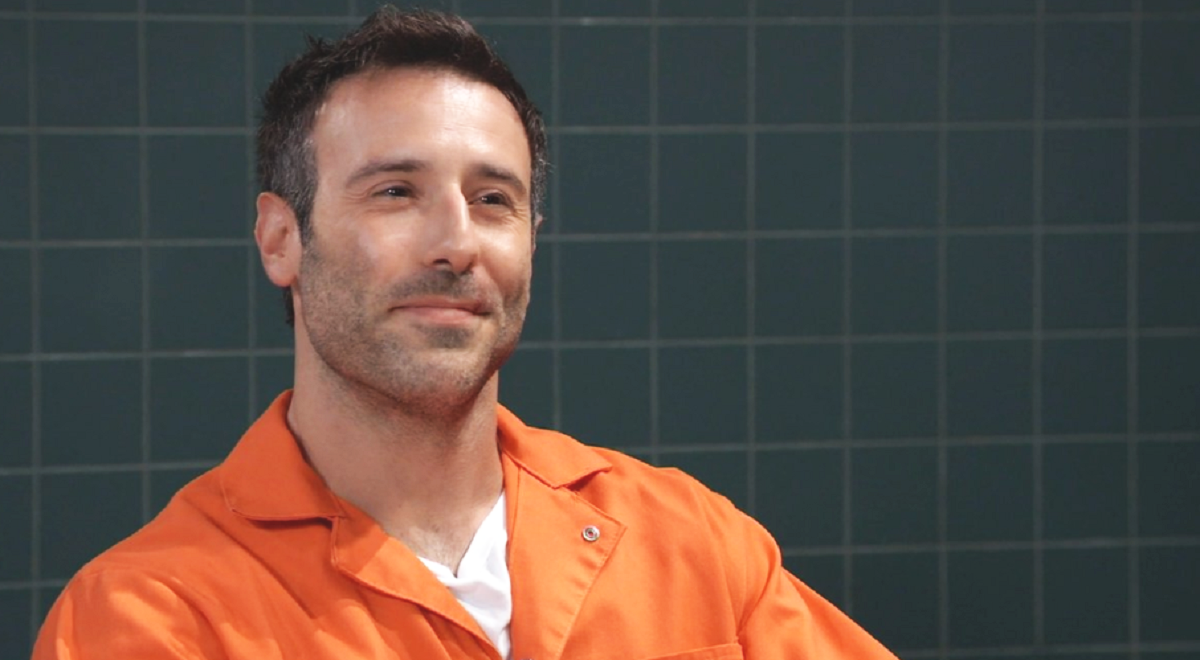 Ava claims to read the letter to get closure. Ava is furious over Ryan’s letter. Julian thinks Ryan’s letter hits too close to home. Alexis Davis (Nancy Lee Grahn) and Kendra (Michelle Argyris) meet at Charlie’s. Ava wants to know if there is a legal way to make Ryan stop writing her.

Kendra mentions how much Julian thinks of Alexis. Kendra gives Alexis her plan for improvement. Julian tells Ava to destroy that letter and she will destroy Ryan. Alexis asks if Kendra is trying to kill her.

Kristina is happy that Sam and Jason are so solid. Kristina hopes to have this type of relationship one day. Kristina says Shiloh can’t bother her anymore. Sam and Jason are surprised the Kristina is doing so well. Jason tells Sam about his run-in with Franco Baldwin (Roger Howarth). Jason wanted to give Franco money to leave town. Jason tried to get through to Franco. Jason doesn’t believe anyone can make Franco stay in town.

Mac Scorpio (John J. York) and Felicia Scorpio (Kristina Wagner) are out with James. Felicia thinks Mac is coming back to work with her. Mac tells Felicia that Jordan Ashford (Briana Nicole Henry) has offered him the job as chief of detectives.

Felicia is fine running the Floating Rib by herself. Felicia tells Mac everything she has done at the restaurant. Felicia is glad they get to miss each other sometime. Maxie Jones (Kristen Storms) tells Felicia and Mac Scorpio (John J. York) that she is madly in love with Peter August (Wes Ramsey).

Peter is lying in bed with Maxie. Peter is thinking about his conversation with Shiloh. Maxie wonders what is wrong with Peter. Peter says they need to be honest, he is worse than Shiloh. Maxie thinks Peter helped Jason. Peter tells Maxie he has been involved from the beginning. Peter was with Helena Cassadine when she kidnapped Drew Cain. He kept Jason in the reserves to kill his father.

Peter painted himself as innocent to win the good graces of the people of Port Charles. Maxie doesn’t understand why Peter would do this. Maxie loves Peter and allowed him into her and her son’s lives. Peter says he has to be honest. Peter tells Maxie that Shiloh has been blackmailing him. Peter dreams that Jason Morgan shoots him and is startled awake. Maxie asks what Peter’s dream was about, he says losing her. Peter says he has to leave and lies about why. Peter is sorry their time has to end this way.

Franco is at Oscar’s meadow when Jason joins him. Franco tells Jason he was their father’s favorite son. Jason tells Franco that he is hurting the people who still care about Franco. Jason tells Franco that he is not Oscar Nero’s (Garren Stitt) father. Franco wants no part of his past or his crimes. Kim Nero (Tamara Braun) goes to the meadow and tells Oscar about her plans. Franco arrives and questions why Kim didn’t tell him about this place.

Kim didn’t have the chance to tell Franco. Kim explains how the meadow came about and why. Franco wants to know what the memory was that Kim shared. Franco wants Kim to tell him about Oscar’s memorial. Kim tells Franco that Oscar planned the memorial himself.

Franco talks about how Kim always made lists. Kim tells Franco that he was there. Franco wishes he had been at the memorial. Franco thinks meeting Oscar would have changed things. Kim tells franco she is in a relationship. Franco wants to know if the relationship is serious.

General Hospital’s Shiloh is asking Harrison Chase (Josh Swickard) about Wiley Cooper Jones (Erik and Theo Olson). Alexis shows up at the PCPD. Alexis hopes Shiloh doesn’t expect her to represent him. Shiloh’s attorney has advised him to plead guilty. Shiloh goads Alexis about Kristin and Sam. Chase tells Shiloh to shut up and Alexis leaves. Peter arrives and Shiloh threatens him. Chase takes Shiloh to the courthouse.

Liz Baldwin (Rebecca Herbst) runs into Kim at GH. Liz wonders why Kim is avoiding her. Kim apologizes and tells Liz that Franco considers himself Oscar’s father. Kim says it is hard when Franco beings up Oscar. Kim doesn’t want Franco and he isn’t the Drew she knew.

Scott Baldwin (Kin Shriner) stops by to visit Liz. Liz tells Scott they need to stop Franco from leaving town by force if necessary. Scott tells Liz she tried to get Bobbie Spencer to help too. Liz wonders if they can go to the court and get guardianship of Franco and have him committed. Scott agrees to help Liz and goes to see a judge.