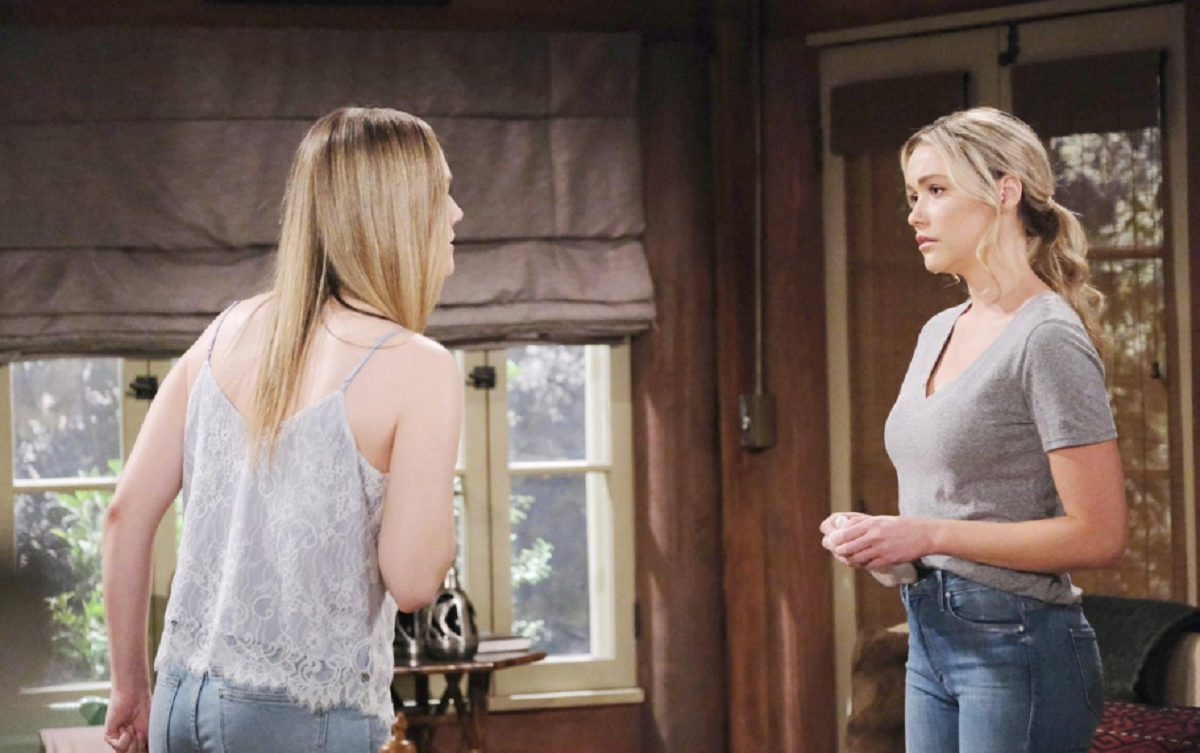 The Bold and the Beautiful (B&B) rumor teases that Flo Fulton(Katrina Bowden) could get out of jail soon. And, that’s not all, since Quinn Forrester (Rena Sofer) refused to help, Flo turns to her cousin Hope Logan (Annika Noelle) for help.

Can you imagine how confused the Logans will be if Hope does ball Flo out of jail? They will not understand how Hope could forgive her cousin for helping Reese Buckingham (Wayne Brady) steal her baby.
But Hope could have other reasons for bailing her cousin out of jail. Here’s what you can expect on B&B.

B&B spoilers state that Quinn suggested that she never really knew Flo and she doesn’t trust her.

Quinn acknowledged that she’s done some terrible things in her past, but she wouldn’t dream of stealing another woman’s child and passing it as her own to make a buck.

The exchange was hard for Shauna to hear but she understood. It’s unclear where that will leave Shauna and Quinn as friends.

The Bold and the Beautiful Spoilers: Shauna’s Attempt To Make Peace With The Forresters Backfires! https://t.co/tMqhWfK5y0 pic.twitter.com/m7LSqfeOFf

This rumor keeps popping up on social media. There’s no question that Hope makes rash decisions and she does things that don’t make a lot of sense. That is because Hope is all heart and she acts on emotion. That also makes her a likable character and relatable.

It isn’t clear if Flo contacts Hope or vice versa. The only part of this rumor that is being talked about is that Hope goes to the jail and puts Flo’s bail money up so her cousin can get out of the slammer.

You’d think that Hope would want the person who helped steal her child to stay in jail. However, the rumor suggests otherwise.

At some point, Flo does get out of jail. The fall previews state that Flo will make a play for Wyatt Spencer (Darin Brooks). She will not want to give up on their connection as she believes it was the real deal. Flo will fight for him, as Wyatt grows closer to Sally Spectra (Courtney Hope).

Do you think Hope will bail Flo out of jail? Don’t forget to come back later for more The Bold and the Beautiful (B&B) spoilers, news, and casting updates!