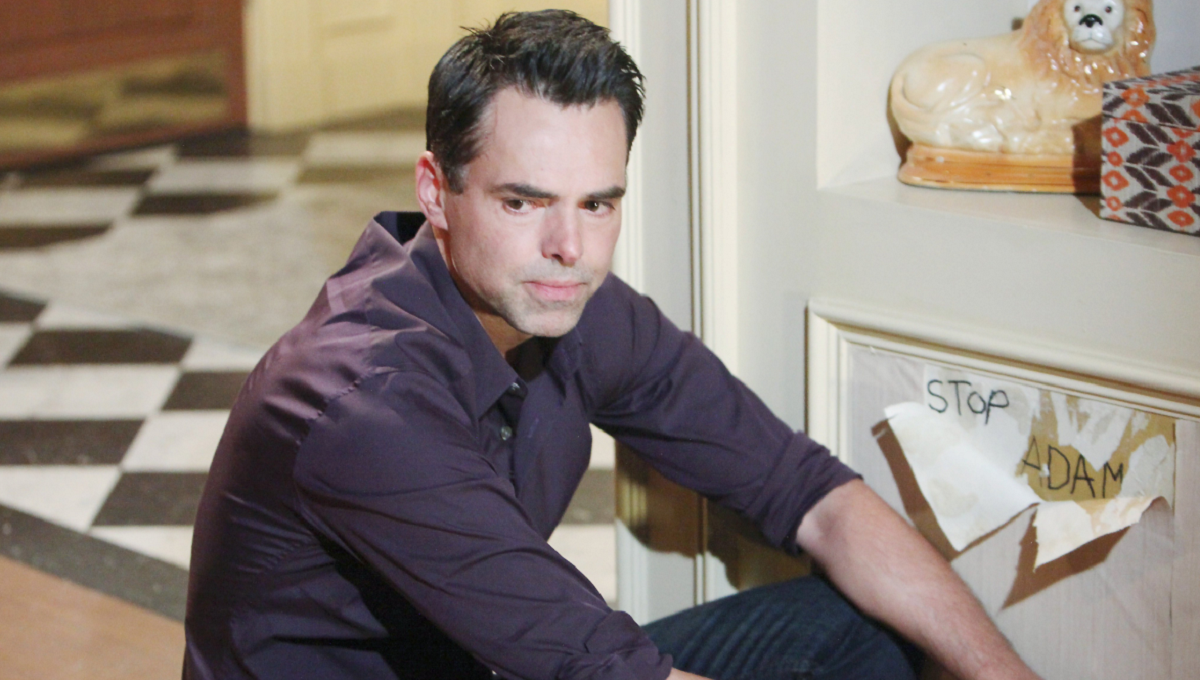 The Young and the Restless (Y&R) spoilers for Monday, September 2, tease that Nick Newman (Joshua Morrow) will read all about Chloe Mitchell’s (Elizabeth Hendrickson) return from the dead. At home, Nick’s about to tell Chelsea Newman (Melissa Claire Egan) when he learns she already knows. Chelsea brings Nick up to speed on her encounter with Chloe and Kevin Fisher (Greg Rikaart) at the coffeehouse.

Nick can understand the grief that comes with losing a child and blames Adam Newman (Mark Grossman) for starting this mess. He feels Adam was a jerk long before Chloe was even a factor. Nick wonders if Chelsea misses her friendship with Chloe and leave her looking pensive.

At Society, Kevin insists Billy Abbott (Jason Thompson) will be out cold for a while. They’ll determine they should text Billy’s loved ones about a stint in rehab. Victoria Newman (Amelia Heinle) approaches soon after and grills Chloe about her return. She eventually realizes Billy knew and that Adam was blackmailing them. Victoria gets why Billy’s anger toward Adam revved up even more.

After promising to get in touch when Billy comes home, Victoria heads out. That leaves Kevin and Chloe to fret about their lies. Chloe genuinely thinks she can help Billy, so Kevin sends the texts out to give her time. At the boathouse, Billy stirs and expresses confusion over where he is.

Back with Victoria, she stops by Nick’s place to discuss Billy. Victoria talks about feeling disconnected from him and fears this rehab stint is a cover story. Next, Kevin and Chloe end up at the park with Esther Valentine (Kate Linder) and Bella Fisher (Martie Blair). Once Chelsea arrives, Chloe walks over and confirms her family will remain in Genoa City.

Chelsea admits to making her fair share of mistakes and agrees when Chloe suggests she doesn’t deserve forgiveness for her own. However, Chelsea hugs her after Chloe confesses she misses her friend. They join the picnic crowd, which gives Chelsea a chance to get to know Bella.

At Adam’s penthouse, Michael Baldwin (Christian LeBlanc) finds himself in familiar territory. When he attempts to end their partnership, Adam reveals more leverage. It turns out Fenmore “Fen” Baldwin (Zach Tinker) has been partying too hard out on tour. He’s gotten into drug dealing, which could earn him eight years in the slammer according to Adam.

Michael is outraged as he grabs Adam by the shirt, but Adam just gloats. Later, Michael fills Lauren Baldwin (Tracey E. Bregman) in on Fen using again. They plan an intervention and vow to get Fen straightened out. Lauren also wants to help Michael take down Adam, so it’ll be interesting to see what this dynamic duo has in store.

In the meantime, Jack Abbott (Peter Bergman) gets updates on the fake rehab stint and talks to Traci Abbott (Beth Maitland). They end up reflecting on Dina Mergeron (Marla Adams) and why she left their family. Traci contends that maybe Dina herself didn’t even know why she was unfulfilled. Jack’s flashback backs that up, and he decides Dina had to go find the life she wanted.

The Young and the Restless spoilers say some exciting scenes are coming up. We’ll keep you posted as other Y&R news and rumors emerge. Stay tuned to see what’s ahead in Genoa City.