Coronation Street Spoilers: Eileen Has A Tough Decision To Make 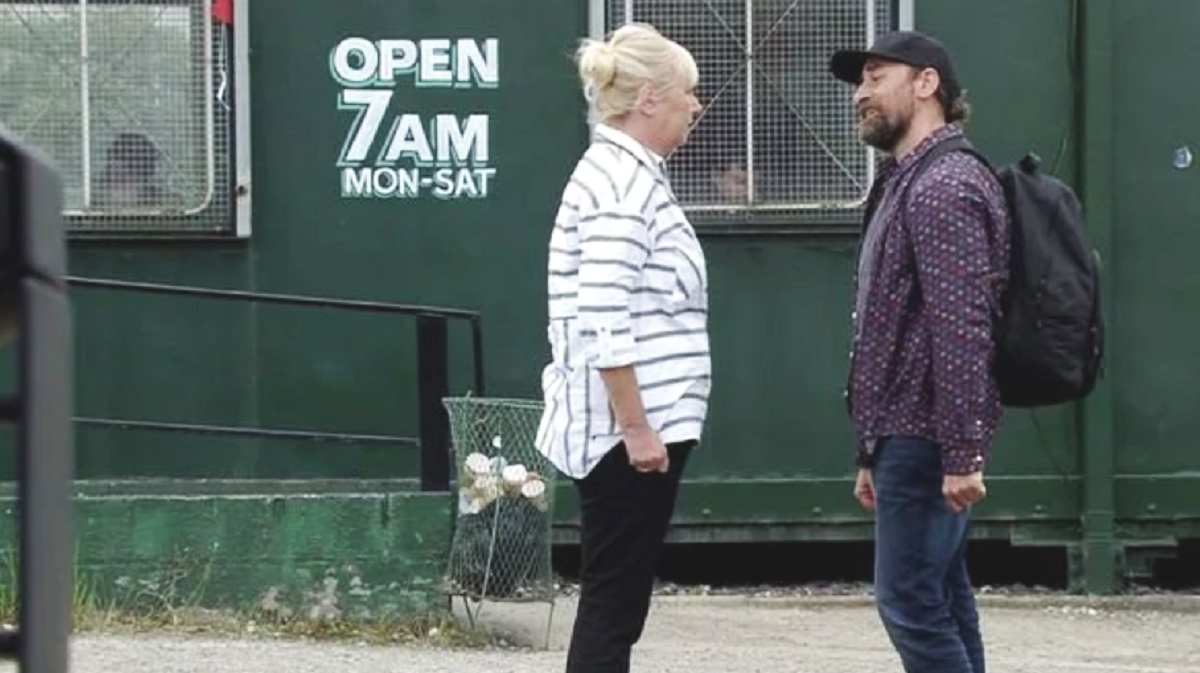 Coronation Street spoilers indicate that Eileen Grimshaw (Sue Cleaver) is going to be forced to make a very tough decision in the coming days. That’s because her boyfriend Jan Lozinski (Piotr Baumann) is trying to encourage her to leave town while Seb Franklin (Harry Visioni) wants her to stay. Here’s what you need to know.

Eileen knows that her life might possibly be in danger. That’s because Jan worked as an undercover agent to help bust the local sex trafficking ring that operated behind the nail salon.

It’s without a doubt that the ring leaders have revenge on their minds. That’s why Jan is doing whatever he can to leave the cobblers as fast as possible. Of course, he wants to take Eileen with him.

But on the other hand, Eileen feels as though she needs to stay behind in Weatherfield. That’s because Seb needs her. She’s the only mother figure he’s ever had in his life and should she go, he will be left with no one to trust.

Coronation Street Spoilers: Rachel Healy Is Back and Looking For Revenge

According to actress Sue Cleaver, who plays Eileen on the hit show, it’s a tough decision to make.

She recently told Britain’s Express in a new interview, “I would advise her to stay away from someone so obviously dangerous, I don’t think there is any doubt that Jan cares for her but I think she should focus on the fact that she has great friends and a good job and maybe just go for a quieter life.”

Of course, there’s only so much that Jan can do at this point. Even though it’s very clear that the two of them care for one another, he can’t force her to leave Weatherfield. But seeing how unlucky in love Eileen has been in the past, Jan has been the best thing to happen to her in a very long time.

Oh no! Rachel keeping an eye on Eileen and Seb can't mean anything good!

Join us on Friday to find out what she's up to… #Corrie pic.twitter.com/32A50DiQRn

Plus, there’s also a strong possibility that the ring leaders might target Eileen the same way they have a target on Jan. Needless to say, fans will have to tune in to find out what will happen next!