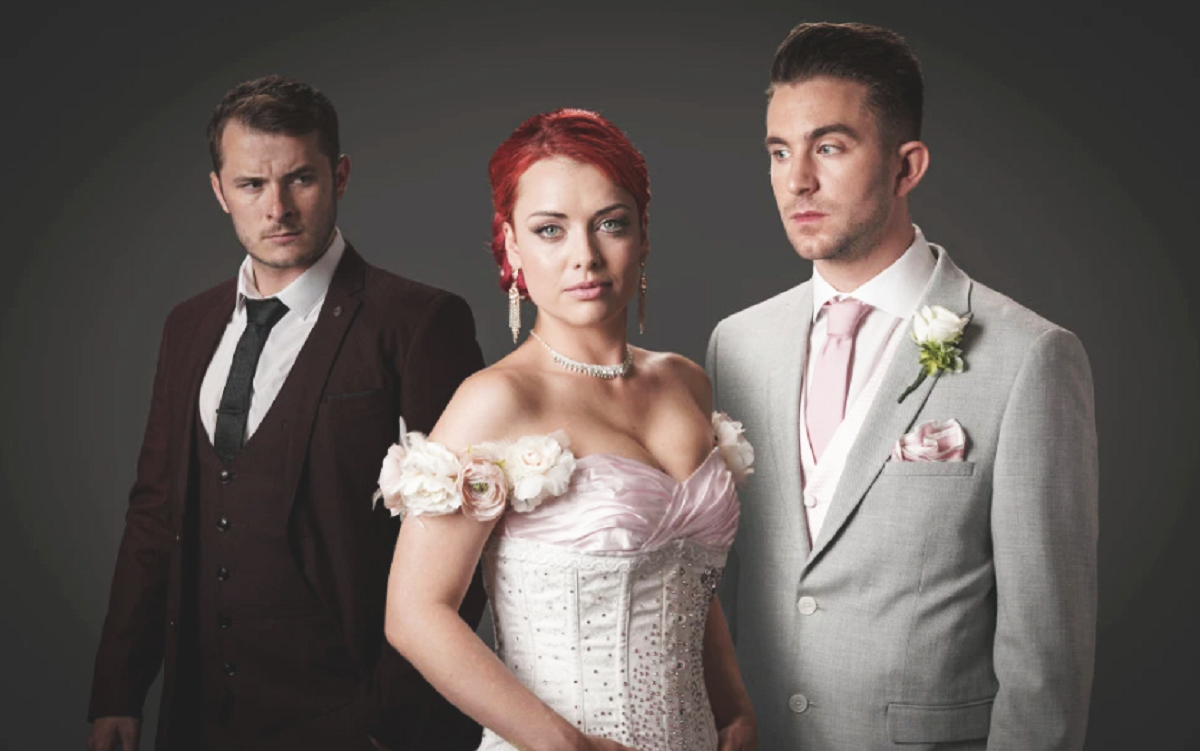 Callum finally mustered up the courage to tell his bride-to-be Whitney the truth about his affair with Ben on the show’s August 29 episode. It was the scene viewers had been waiting for!

Callum decided to come clean after hearing some hard truth from Ben. “‘How are you going to stand there tomorrow and marry her on a lie?” Ben said, finally getting through to him.

He realized that Ben was right. He will hurt Whitney sooner or later. With just one day to go before the wedding, Callum decided to come clean. So, he crashed Whitney’s hen night, called her aside to talk, and confessed everything, his affair and his sexuality struggles.

McGarty sheds some light on her character’s reaction. “She feels absolutely betrayed and feels that she doesn’t even know who Callum is anymore.

“After the initial shock she just wants the truth – she can’t believe what’s happening. She never thought in a million years that he’d ever do this to her, she thought he was the one – it’s so sad.”

“Whitney’s obviously not happy at all, she’s furious, but I think she’s actually angrier at Ben. She knows Ben manipulates everyone but she sees right through the games he plays, so she’s going to go in hard,” McGarty teased.

“At this point, Whitney thinks it was just a silly kiss, nothing more – it didn’t mean anything. But the showdown between Whitney and Ben in tomorrow’s episode where you see just how hurt she is, and that’s all I’m going to say.”

McGarty also said Whitney blames Ben for everything and for her, there’s no forgiving to what he’s done. Spoilers for next week showed that Whitney still wants to proceed with the wedding. However, viewers have to tune in to find out if she and Callum will end up getting married despite the huge bombshell, Callum has dropped.