The Bold And The Beautiful Poll: What Choice Will Thomas Make? Vote Now! 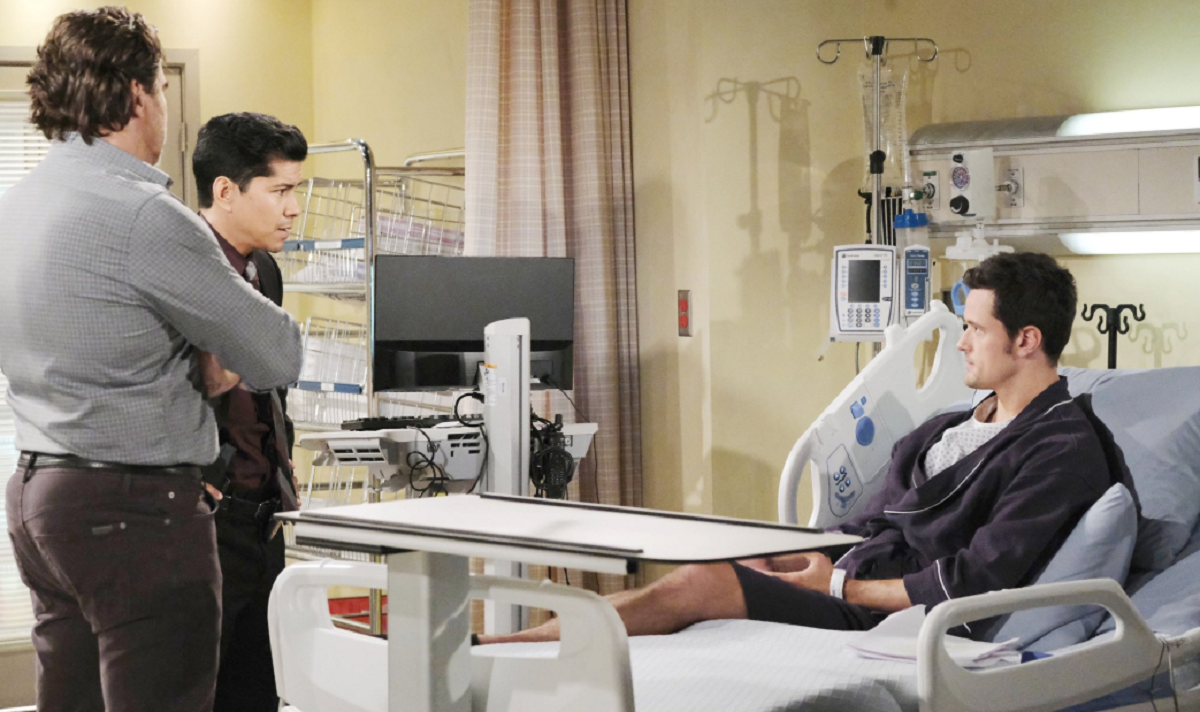 Thomas Forrester (Matthew Atkinson) is awake on The Bold and the Beautiful. Detective Alex Sanchez (Jeremy Ray Valdez) suspects that Hope Forrester (Annika Noelle), or Brooke Logan Forrester (Katherine Kelly Lang) pushed him over the side of the cliff, where he fell onto the hard beach below.

B&B fans will be watching as Thomas speaks to the detective, or possibly doesn’t say much at all. A cliffhanger ended last week, which is an intentionally cheeky point due to the recent fate Atkinson’s character suffered.

Thomas could opt to continue what he just started. After having a touching conversation with his son, Douglas Forrester (Henry Joseph Samiri), Thomas rushed to apologize to Hope. His find of her at the cliff house led to a terrible accident, however.

Bold And The Beautiful Spoilers – Using Leverage To Maximum Advantage

Assuming that his memory will be fully intact moving forward in this article, Thomas could withhold any mention that would implicate Brooke or Hope. That would not only be the right thing to do, it would also allow him to begin righting a wrong he was exploiting for months.

B&B fans recall that after pressuring Flo Fulton (Katrina Bowden) to tell him what she knew about the then perceived Phoebe Forrester (Madeline Valdez and River Davidson), he didn’t tell Hope what he’d learned. Thomas also used the information to threaten others and eventually to force Emma Barber (Nia Sioux) off Mulholland Drive, where she died as the result of a car crash.

If Thomas doesn’t pursue a redemptive path, then he could choose to withhold any negative opinions about Brooke’s push. He could attempt to use what he experienced as some type of weapon against her at whatever point.

Bold And The Beautiful Spoilers – Will He Take The Possum Position?

But the above scenario would be much harder, if not impossible, to execute because Brooke would surely tell Ridge Forrester (Thorsten Kaye) what Thomas was doing. It’s possible that she wouldn’t do that, but said reaction seems unlikely.

Thomas doesn’t necessarily have to immediately use his knowledge against anyone. Instead, he could simply play the poor soul indefinitely. He went to the cliff house as B&B’s reigning villain. But Thomas’ current status has already caused some audience members and fictional characters to feel sorry for him.

He could try to wait this situation out with some people having let their guard down. With a potential lack of any physical evidence and denying any direct involvement in Emma’s crash, while also learning that the authorities may not be able to use Flo’s words against him, could enable Thomas to avoid jail time.  Then, with Brooke having been neutralized and Liam Spencer’s (Scott Clifton) focus dedicated to Hope and his two daughters, Thomas will plot his next act or acts of revenge.

Fans of The Bold and the Beautiful rightfully express their opinions on a regular basis. So, what choice will Thomas make? Please vote in our poll below!