The Young And The Restless Spoilers: Adam And Victor’s Day Of Reckoning – Will They Forgive Or Destroy Each Other? 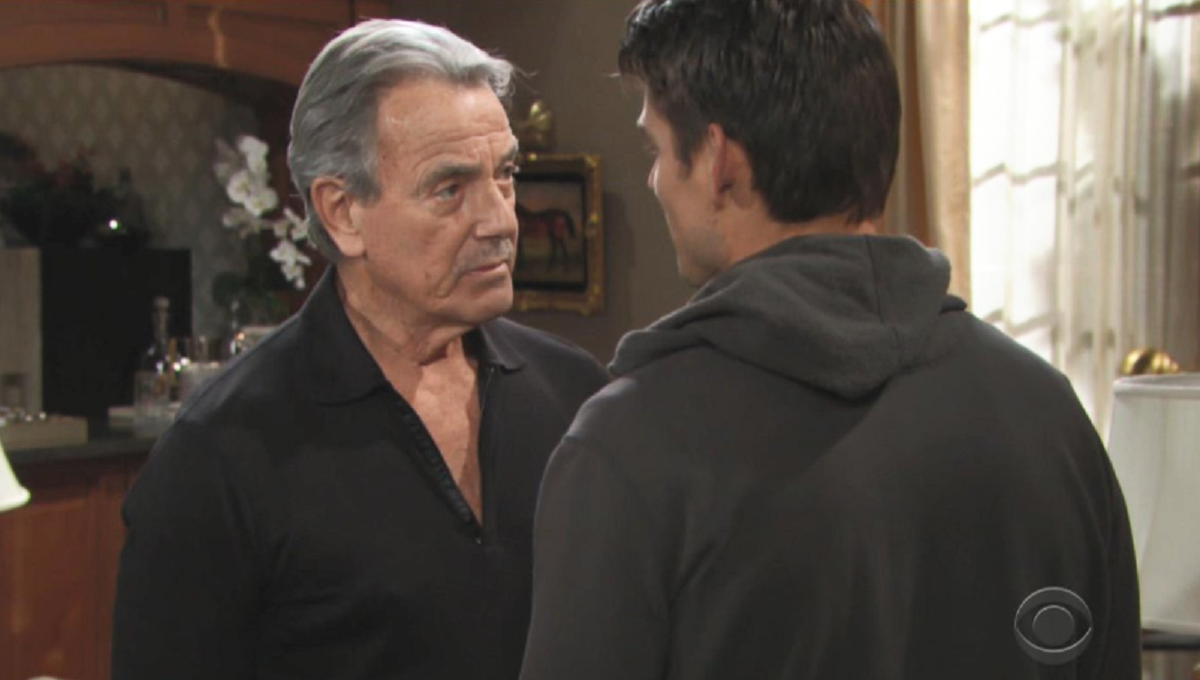 The Young and the Restless (Y&R) spoilers tease that Victor Newman (Eric Braeden) has been able to keep his temper in check when dealing with his son, Adam Newman (Mark Grossman). Of course, that could all change, depending on how things go down with his youngest son.

As the week of September begins, Adam will plead his case to his father. At this point, he still believes his dad was the one who arranged for him to be run over. And, instead of a heated family battle, Adam suggests a truce between them. He acknowledges they both have wronged each other and it’s time they put it to bed.

While Victor wants to believe that Adam is being upfront and honest, he cannot help but think that his son might not being honest with him. Young and the Restless spoilers suggest that Adam is sincere as he believes he may have crossed the line when he declared war on the whole family.

Young & The Restless Spoilers – Will Victor Newman Forgive His Son?

According to CBS Soaps In Depth, Victor will humor Adam and allow him to plead his case. Victor is a ruthless businessman, but with Adam, he gives him more chances than he deserves. He cannot fathom cutting his son off and ousting him as the black sheep of the family. Even so, he is skeptical that Adam is being sincere.

Part of the reason why Victor is willing to forgive Adam over and over is his upbringing. Y&R spoilers state that as a child Victor never felt loved and grew up in an orphanage. So, when Adam talks about feeling the same way since his mother’s death, Victor feels terrible for him and he sympathizes with him.

The part that Victor has a hard time getting past is Adam’s refusal to be a part of the Newman legacy. In Victor’s opinion, Adam is the one that is most capable of running Newman Enterprises, but he keeps turning it down.

The real question that Victor will have to answer is about Adam’s motives. Y&R spoilers state that Victor wonders if Adam really wants to move on and start over with him or if he is after some bigger revenge plot.

Victor will have to weigh his options in deciding to trust his son. The buzz is that what happens next will change the Newman family forever. It certainly sounds like Victor may try to bring Adam back into the family fold.