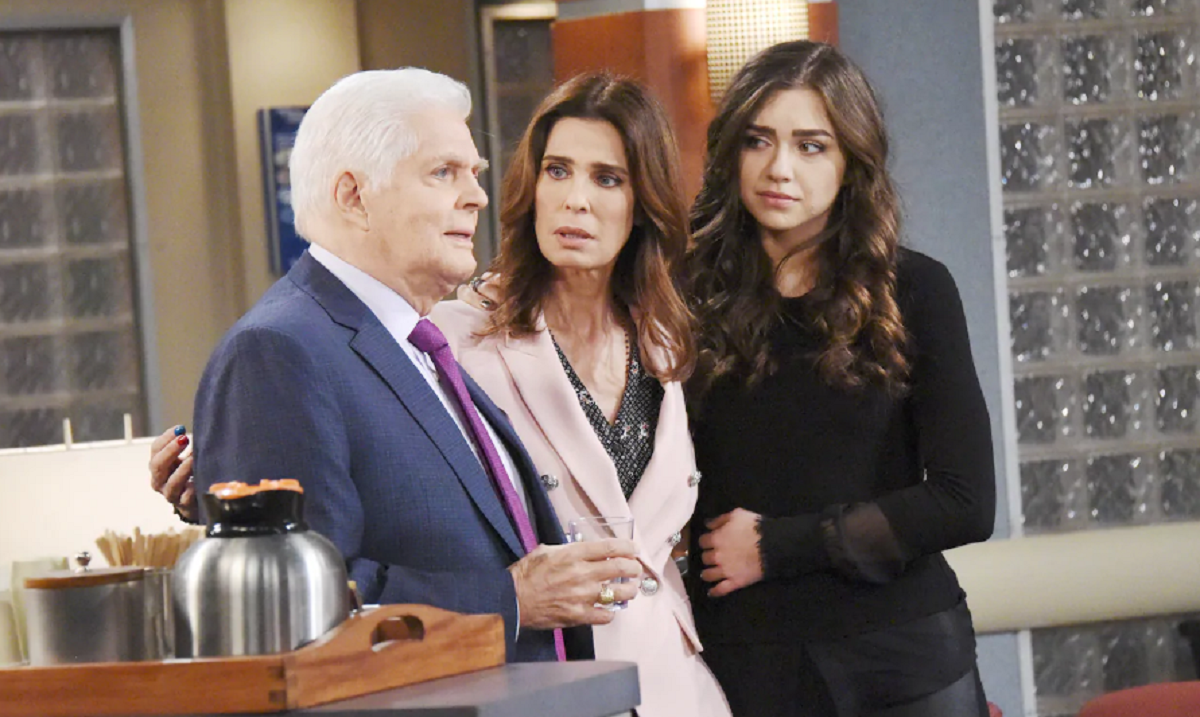 Days of Our Lives (DOOL) spoilers for Tuesday, September 3, tease that Stefan DiMera (Brandon Barash) will wrap his head around a shocker.

Vivian Alamain (Robin Strasser) just called her son, but he may have doubts about whether this is real. Stefan believes his mother is dead, so it should take some work on Vivian’s part to convince him otherwise.

However, Stefan will ultimately believe it’s true and ponder his next move. He’ll be eager to drop this bomb on Kate Roberts (Lauren Koslow), but he’ll want to do it in a devious way. Days of Our Lives spoilers say Stefan will share his plans with Gabi DiMera (Camila Banus), who may have concerns. Kate and Vivian’s war is on the verge of reigniting, so Gabi might fret about what’s ahead.

Of course, Gabi will have a different problem on her hands soon. That’s because she left Julie Williams (Susan Seaforth Hayes) to die in the park! Gabi assumed Julie was faking it and reiterated that during a chat with herself later. Even so, Gabi appeared to have a glimmer of fear in her eyes. As the news of Julie’s heart attack spreads, it’ll eventually find Gabi and leave her in panic mode.

Are you excited to see what she brings? ⬇️⬇️⬇️https://t.co/QURabDnZBW

In the meantime, Hope Brady (Kristian Alfonso) will read the letter Ted Laurent (Gilles Marini) left behind. Doug Williams (Bill Hayes) will console Hope as she reflects on what might’ve been and wonders if love’s really in the cards for her. Bo Brady (Peter Reckell) was Hope’s soul mate, but none of her other love stories have panned out. Hope will start to think she’s doomed to remain alone forever.

Soon after, Hope and Doug will get updates on Julie’s medical crisis. They’ll join Ciara Brady (Victoria Konefal) at the hospital to wait for info on Julie’s condition. It’s safe to say everyone will be a mess in the waiting area.

Other Days of Our Lives spoilers state that Eric Brady (Greg Vaughan) will explain a tricky situation to Sarah Horton (Linsey Godfrey). In Tuesday’s DOOL episode, he’ll bring Sarah up to speed on Nicole Walker’s (Arianne Zucker) escape with Holly Jonas (Harlow and Scarlett Mallory). Eric will be more certain than ever that Nicole’s alive, which should leave Sarah more conflicted than ever, too.

Days spoilers reveal that danger is coming up for Eric and Vivian. They’ll land in a tight spot thanks to one of Kristen DiMera’s (Stacy Haiduk) guards, so this mission’s about to take a scary turn!

We’ll keep you posted as other Days details and rumors emerge. Stay tuned to DOOL and don’t forget to check back often for the latest “Days of Our Lives” spoilers, rumors, updates and news.