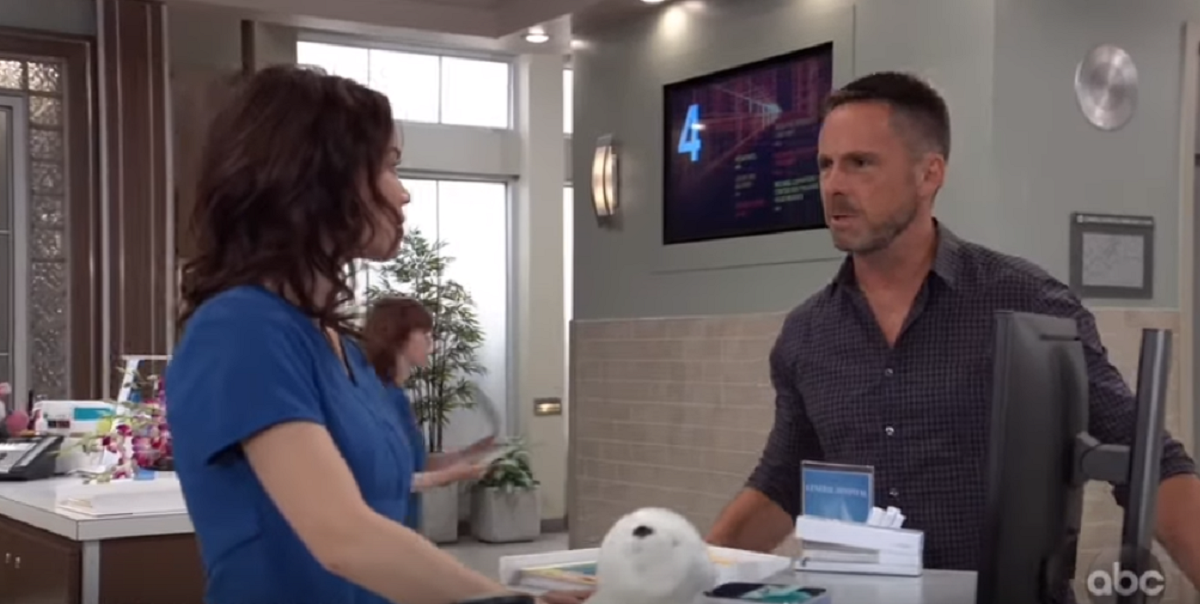 General Hospital(GH) spoilers for Tuesday, September 3, tease that Sonny Corinthos (Maurice Benard) will deal with an unexpected arrival. GH fans know Dev Cerci (Ashton Arbab) needed a cover story, so Sonny paid Gladys Corbin to pose as his grandmother. He made it crystal clear their agreement would remain solid, so he won’t be pleased when Gladys shows up out of the blue.

Sonny will toss around some veiled threats on Tuesday. He’ll insist that they won’t be renegotiating, and Gladys has better not even try. However, the reason for Gladys’ visit may be more complicated. There’s a chance some surprising snag has come up, so Sonny may be the only one who can help.

Carly Corinthos (Laura Wright) will seem suspicious nearby, but she’ll downplay the drama to Mike Corbin (Max Gail). Mike wouldn’t be able to wrap his head this anyway, so there’s no need to confuse him. Instead, Carly will reassure Mike that nothing’s more important to Sonny than family. She’ll be keeping an eye on Gladys as Sonny works to protect the Corinthos clan.

Other General Hospital spoilers say Hayden Barnes (Rebecca Budig) will push Jasper “Jax” Jacks (Ingo Rademacher) to take a risk. She’ll want to finish their mission to find the codicil ASAP, so she’ll suggest bringing Curtis Ashford (Donnell Turner) in. Jax will naturally have concerns since Curtis got caught working for Valentin Cassadine (James Patrick Stuart). Even so, Curtis may be their best shot at pulling this off.

After Jax gets on board, Curtis will receive another job offer. That’s good news since Jordan Ashford’s (Briana Nicole Henry) medical bills are out of control. Jordan will rant at Curtis for his previous job spying on Jax, so she may have mixed feelings about his new gig – if Curtis chooses to reveal it!

Over with Elizabeth Baldwin (Rebecca Herbst), she’ll open up to Julian Jerome (William deVry). As they talk about Franco Baldwin’s (Roger Howarth) tricky memory situation, Liz will be able to put herself in Kim Nero’s (Tamara Braun) shoes. She’ll understand what it’s like to miss someone so much that you ache for that person. As a result, Liz will worry about Kim’s growing feelings for Franco.

Franco may not be Drew Cain (Billy Miller), but he has his old memories and feels like he’s still in love with Kim. Despite what Kim claims, Franco’s adoration is obviously affecting her. That’ll become especially evident after Franco makes a powerful speech and plants another kiss. They’ll be in Oscar Nero Quartermaine’s (Garren Stitt) meadow when Cameron Webber (William Lipton) spots them and flips out.

Finally, Josslyn Jacks (Eden McCoy) will help Dev prepare for what’s ahead. He’ll be starting school soon, which means plenty of questions are looming. Joss will just want to be sure Dev’s ready for whatever his new classmates throw at him!