The Bold And The Beautiful Spoilers: Ridge Protects Thomas –Will He Get Away With Everything? 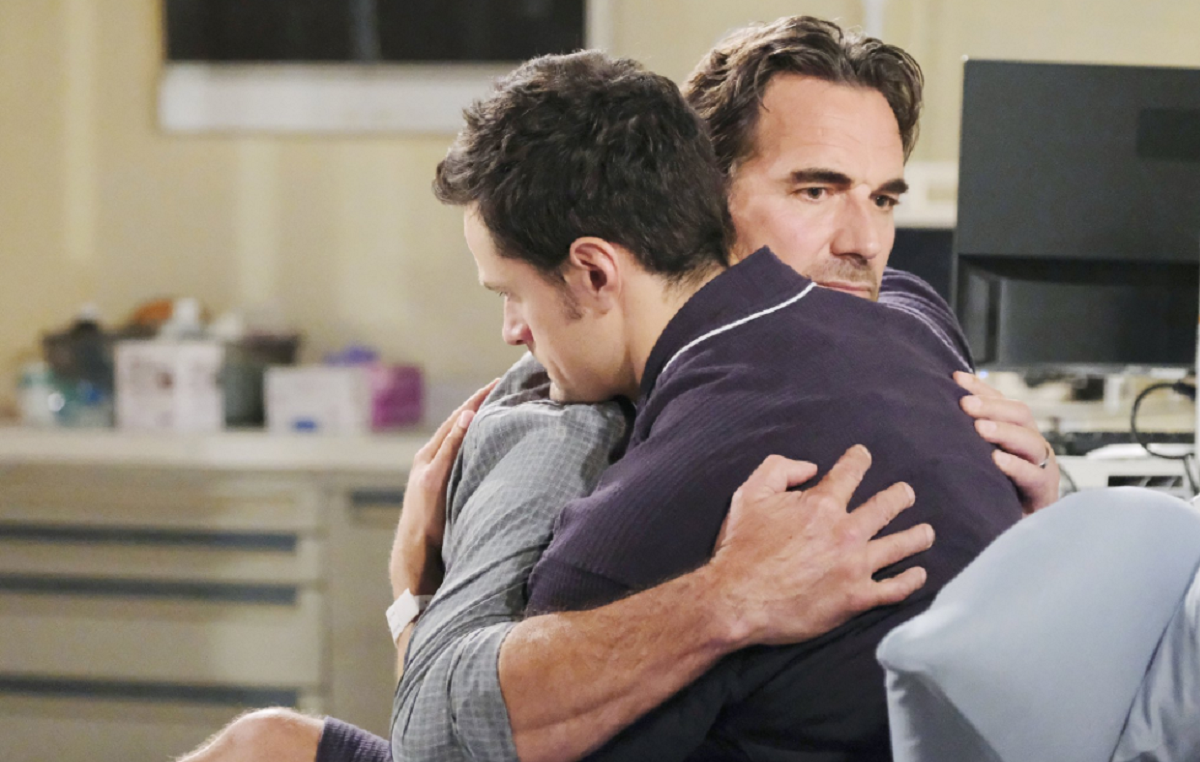 Ridge Forrester (Thorsten Kaye) is conflicted on The Bold and the Beautiful. He loves his son, Thomas Forrester (Matthew Atkinson), but also knows that the terrible actions he committed created consequences that must be dealt with.

Thomas’ coma proved to be brief, with his awakening setting the stage for what begins to develop this week. Contrition won’t resolve all lies, threats, and the reopened Emma Barber (Nia Sioux) car crash investigation. But Ridge’s son has an opportunity to change his life if he wants to.

To learn that Thomas knew about Beth Spencer’s (Madeline Valdez and River Davidson) existence and said nothing was bad enough. But Ridge’s concern greatly deepened when he heard that his son also made threats against the other secret keepers and is said to have been the cause of Emma’s death.

Flo Fulton (Katrina Bowden) is in jail, after being arrested by the same detective, Alex Sanchez (Jeremy Ray Valdez), who is now questioning Thomas.

She was directly involved in Reese Buckingham’s (Wayne Brady) gambling debt repayment scheme, posing as a birth mother for the girl Ridge’s daughter, Steffy Forrester (Jacqueline MacInnes Wood), adopted, along with the help of her mother, Taylor Hayes (Hunter Tylo).

Detective Sanchez is following up on the information Flo told him about Thomas’ threats against her life and Xander Avant’s (Adain Bradley) circumstantial evidence tell regarding Emma’s Mulholland Drive crash.

Will Darin Brooks leave #BoldandBeautiful when his baby arrives?
Find out the #BB scoop in the link below ⬇️⬇️⬇️⬇️https://t.co/C7XfX26BCe

Bold And The Beautiful Spoilers – Many Feelings Must Be Considered

Ridge stands at the center of a daytime storm. His son is accused of being involved in crimes. His daughter was one of the victim’s of the Phoebe Forrester ruse that Thomas furthered.

In addition to the preceding, Ridge saw his wife Brooke Logan Forrester (Katherine Kelly Lang) push Thomas, who then fell approximately one hundred feet to the beach, which sits below the back yard area of the cliff house.

Son, daughter, and wife, all involved in this epic arc’s fierce undertow. How will Ridge balance supporting his daughter, who’s still suffering the loss of her perceived adopted daughter, focus on Thomas’ recovery and an obvious need for help, while also trying to understand what Brooke’s intentions were and keeping Hope Forrester’s (Annika Noelle) feelings in mind?

Bold And The Beautiful Spoilers – Power And Money Aren’t Everything

Yes, the Forrester family has power and money. Their influence can be applied to those who will be in a position to affect the type of justice Thomas will surely face.

Ridge told Liam Spencer (Scott Clifton) that he will defend Thomas, but also knows that his son did wrong. B&B fans know that any admission or evidence connected to Emma’s demise could prove too much for Ridge to overcome.

The Bold And The Beautiful Spoilers, September 2-6—Bill Looks For Evidence To Clear Brooke—Thomas Stuns Ridge With A Confession

However, a hoped-for redemption story is surely something that Thomas’ loved ones will encourage. Possibly, Atkinson’s character will want to reform his life now as well. This site is a leading source for everything linked to The Bold and the Beautiful.