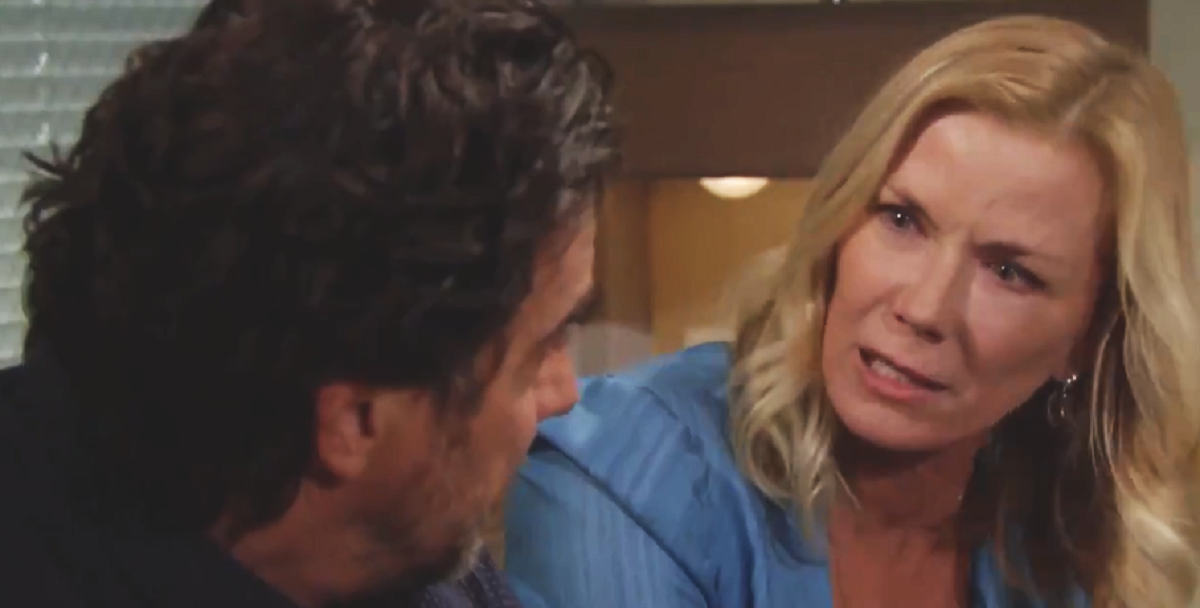 The Bold and the Beautiful (B&B) spoilers for Tuesday, September 3, tease that Flo Fulton (Katrina Bowden) will be feeling overwhelmed. As B&B viewers know, she’s currently sitting in jail for her role in Reese Buckingham’s (Wayne Brady) baby swap and adoption scam.

Reese may have been the one who kidnapped Beth Spencer (River Davidson and Madeline Valdez) and forged documents, but Flo willingly participated in the scam and obstructed justice for months. And she’s been feeling pretty guilty about the whole thing.

Well, on Tuesday’s episode of B&B, Flo will get a visit from her mother Shauna Fulton (Denise Richards). Shauna will want to check in on her daughter and see how she’s doing, plus she’ll have some updates about what’s going on outside of Flo’s new reality in jail.

Shauna will likely share the bad news that she was unable to persuade Quinn Forrester (Rena Sofer) to help them post bail or secure legal representation for her. That probably won’t surprise Flo too much, as she’s pretty much resigned herself to remain in jail and use a public defender.

But it seems that Shauna will also have heard about the recent goings-on with the Forrester family. As B&B viewers know, Thomas Forrester (Matthew Atkinson) was pushed over the cliff at Steffy Forrester’s (Jacqueline MacInnes Wood) house by Brooke Forrester (Katherine Kelly Lang), and he barely survived. Thankfully, it looks like he’s going to make a full recovery, but the family is in utter turmoil now. Brooke and Ridge Forrester (Thorsten Kaye) are at odds and it’s just been a horrible situation.

Shauna will recount the whole story to Flo, and according to B&B spoilers, Flo will be horrified. Of course, Flo doesn’t exactly care for Thomas at all, but she still won’t like the idea of him falling over a cliff and nearly dying.

Bold And The Beautiful Spoilers – Fallout From the Baby Swap Ordeal

And she’ll be further horrified to learn that the whole situation was fallout from the baby swap ordeal. She’ll naturally feel some guilt over it, since if she had told the truth sooner, then Brooke, Thomas, and Hope Logan (Annika Noelle) never would have been on the cliff to begin with.

It seems that Flo will really see that her actions have had a far-reaching impact, and she’ll feel terrible about the whole thing. Shauna will probably point out that both Thomas and Brooke are responsible for their own actions out there on that cliff.

Flo couldn’t have prevented their actions, but Flo will almost certainly disagree. And given her current situation in jail, she’ll have nothing but time to think about the impact of her actions on others.

Bold And The Beautiful Spoilers – Brooke Forrester Is Completely Overwhelmed

Meanwhile, on Tuesday’s new B&B episode, Brooke will find herself overwhelmed as well. As B&B viewers know, Thomas got her off the hook in a legal sense when he told Detective Alex Sanchez (Jeremy Ray Valdez) that his fall was an accident and that no one pushed him. But Brooke’s not anywhere near being off the hook with Ridge. Ridge can’t get past what he witnessed on the cliff, and that was Brooke angrily pushing Thomas before he tumbled to the ground below.

Of course, Brooke and Ridge see the event differently. Brooke thinks she was protecting her daughter and a terrible accident occurred, and Ridge thinks that Brooke’s deep-seated animosity toward Thomas caused her to react with rage and deliberately push his son off the cliff. And the more “Bridge” talk about the incident, the worse the divide between them seems to grow.

On Tuesday’s episode, look for Brooke to express utter disbelief in Ridge’s point of view. In her mind, Thomas is still trying to manipulate Hope, and he is manipulating Ridge into supporting him. Expect the rift between Brooke and Ridge to get much worse going forward.