The Young And The Restless Spoilers: Adam And Victor’s Shocking Showdown 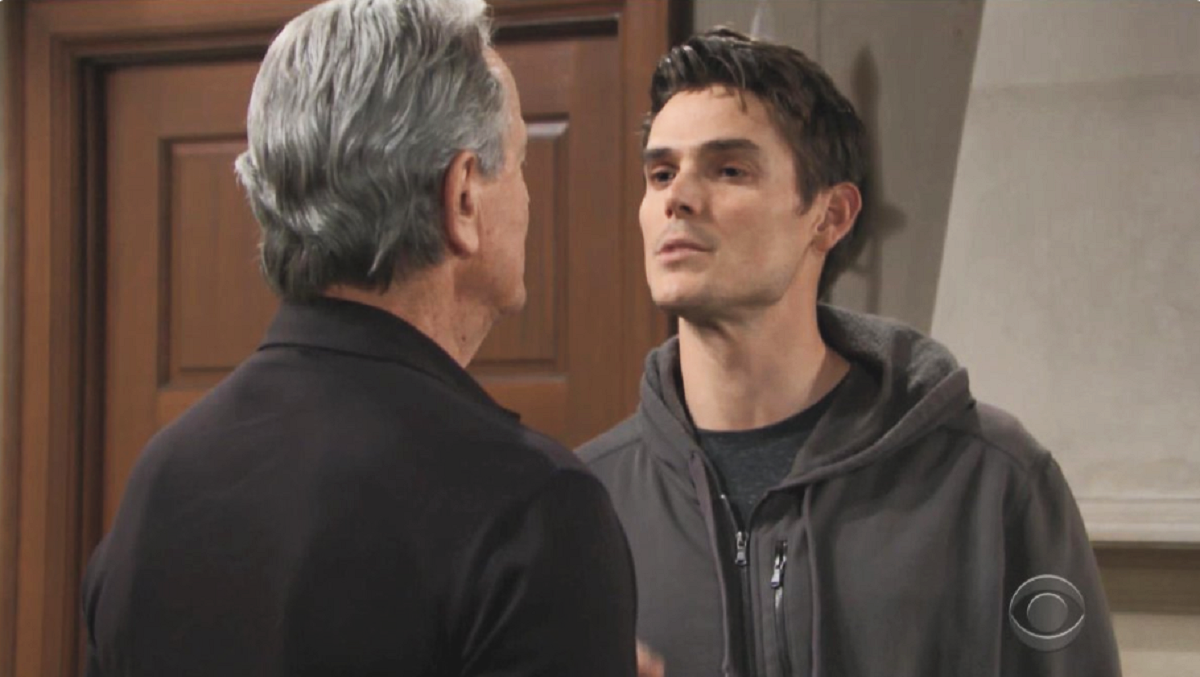 The Young and the Restless (Y&R) spoilers tease there is going to be a major showdown in the coming weeks and that it’s going to be father against son. As a matter of fact, some are even calling it a reckoning.

That’s because Victor Newman (Eric Braeden) has been doing his best to keep his legendary temper in check when it comes to his younger son Adam Newman (Mark Grossman) but that all might change very soon. Here’s what you need to know.

On Y&R this week, Victor will find out that Adam’s newly proclaimed desire for peace is nothing but a ruse.

And if Victor’s fury is unleashed, it may set off a chain of events that will not only ripple through the entire Newman family, but all of Genoa City with some devastating consequences. And no, Nikki Newman (Melody Thomas Scott) won’t be able to do anything about it!

The Young and the Restless spoilers indicate that Adam will approach his father with a figurative hat in his hand hoping to declare peace between them. But Victor will soon find out that he’s playing nothing but a game with him.

Eric Braeden, who plays Victor Newman on the hit CBS soap, tells Soaps in Depth that up until this point his character was too smart to be taken advantage of by Adam, but at the same time it’s a tug of war within Victor.

Young And The Restless Spoilers – Victor Newman Has The Upper Hand

He told the publication that on the one hand, Victor wants the best for his son. But at the same time, he can’t allow him to walk all over his family and think that he’s got the upper hand. Because there’s only one Newman in power in Genoa City, and that Newman is Victor.

Young And The Restless Last Week In Review: Adam A Chip Off The Old Block – Chelsea Finds Out Chloe Is Alive

But then again, Adam is Victor’s child. It’s safe to say that he certainly learned from the best. As much as Victor doesn’t want to destroy his own blood, he also needs to protect the rest of his family. Needless to say, fans will have to tune in to find out what will happen next!